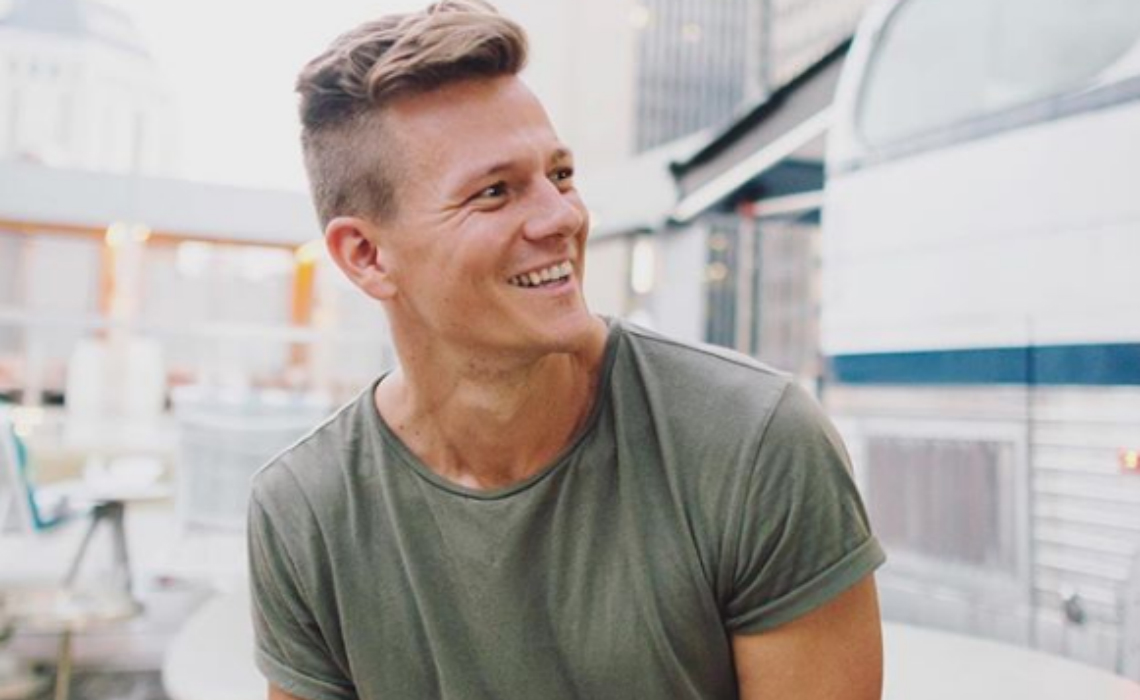 Creators Going Pro: Being On YouTube Helped Musician Tyler Ward Hit All His Career Goals — Here’s What He’s Doing Next

Welcome to Creators Going Pro, where in partnership with Semaphore — a creator focused family of companies providing business and financial services to social media professionals — we profile professional YouTube stars who have hit it big by doing what they love. Each week, we’ll chat with a creator about the business side of their channel, including identifying their Semaphore Moment — the moment they truly went pro.

When YouTube veteran Tyler Ward started gathering an audience on the platform in 2010, he drew people in by crooning acoustic covers of popular songs into a mic while cradling a guitar or playing a keyboard — no fancy stuff, just a strong voice. Nowadays, Ward regularly posts slickly produced music videos for his covers and his original music, and has amassed a following of more than two million subscribers on YouTube.

Ward, who averages between one million and 1.5 million views monthly on his main channel and has 128,000 subscribers on his smaller vlogging channel Tyler Ward TV, also has large followings on Twitter (190,000) and Instagram (133,000), and his music nets between five and six million plays per month on music streaming platform Spotify. He’s released multiple EPs and albums of his own, and has worked with many well-known artists and bands, including Jason Derulo, Switchfoot, The Beach Boys, The Jonas Brothers, and The Fray. His most recent single, “What it’s Like to be Lonely,” debuted in 2017 from his EP Yellow Boxes, and has been streamed 3.2 million times on Spotify alone.

Through his success, Ward has surpassed every career goal he ever set. Now, the question is: Where does he go from here? He sat down with Tubefilter to discuss the rocky early days of monetizing covers on YouTube, how the platform has evolved since 2010, and what he’s planning for the future.

Tubefilter: What drew you to YouTube as a platform for sharing your music?

Tyler Ward: Basically the fact that it could be searchable worldwide — and it was just an outlet for me. I needed someplace to put it. Otherwise, it’s kinda like the thoughts in your head, unless you get them out, they stay with you forever. So it’s just a place of release.

TW: In that era [2010], it was being new to the space. Also, you could get on the front page and people around the world could find you, because the algorithm, it’s going to take the most popular thing and throw it on the first page as recommended. As for what advantages it has now…honestly, I don’t know. I think it’s so saturated at the moment. The algorithm is different. I feel like it changes every couple months, so my whole thing now is just to stay consistent and be quality.

My first check outside of AdSense was on iTunes, and actually from downloads at that same time, in 2011 or late 2010. I started monetizing in selling covers. And just to give you an idea, one month I ended up selling like 48,000 downloads. It was really consistent, probably averaging between 20,000 to 40,000 per month download-wise for two or three years.

Right now, downloads are minimal, maybe like 2,000 to 3,000 per month, and Spotify streams are up to about five or six million per month.

Tubefilter: When was that Semaphore Moment for you–the time you first realized you were a professional creator?

TW: When YouTube started contacting me. It was back in probably 2013 when YouTube started reaching out to me to do production and videos. They were paying me for my efforts as far as putting stuff on their channel, and it just felt like they valued my creativity. So now I work hand-in-hand with the YouTube Space in Los Angeles.

Also when I got to start working with bigger tier, upper-tier artists, people I respected a lot. So I got to work with Jason Derulo and Jason Mraz and all these different artists as far as production. And I just felt like it was the beginning of something really special as an independent artist.

Tubefilter: How has being on YouTube changed your musical career?

TW: I’ll tell you what, before I started YouTube, I was asked to play Battle of the Bands at the Hard Rock Cafe in Denver. I sold around 13 tickets and a lot of that was like, 11 or so tickets to my family or friends. And so I was like, wow, I can sell 11 tickets.

Then in January 2010 I started doing the YouTube thing and started putting videos out and not worrying about playing shows as much. And at the end of the year, in December 2010, I played [at the same Hard Rock Cafe], put up a post or two, and sold out. That’s when I knew YouTube changed my life.

Tubefilter: What points in your career so far can you say were reached through YouTube?

I’ve been able to tour. I’ve been able to make good money doing music and doing what I love to do and helping other people along the process, and being kind of a pioneer of the YouTube space. And it opens a lot of doors still. I live here in Nashville, and so I’m actually working with a bunch of different people because of the prior success on YouTube.

I mean, it’s changed everything in my life. And I’m very, very thankful for the platform. They treated their people with dignity and respect and show them love. I would say from 2010 to 2015 is when I felt the love. And then, you know, things started shifting and changing. It was gaming primarily, but like vlogging and that whole thing kind of started taking over in late 2014, early 2015, and it’s just been a different space ever since. But I’m glad I got those initial five years.

Tubefilter: Can you chat a little about how YouTube monetization works when you’re doing song covers? Have you ever run into any copyright claim issues?

TW: Yes. I actually was one of the first people almost sued by Sony directly just to make an example out of me. And so we had to talk with their team and their publishing side and really make a good case for what [cover artists] are trying to do. They almost didn’t even want our music on the platform. I monetized, and it was the wild, wild West back in the day. I’m talking about two or three years to get that thing sorted and situated.

So for me, I kind of was the guinea pig for all that stuff, and I had a bunch of copyright strikes on my channel, and then those strikes were removed, and I made friends witht he publishers and we started paying publishers for royalties. But all the while, YouTube was claiming 45% or 55% of the revenue, too.

I have my own backend content management system, so I’ve been my own network for the last three years. I own all the intellectual property of my master recordings. I can claim the master side and audio side without getting in trouble, and the publishers can claim the writing side, so I’m able to make decent money. I get probably 6% of my annual income through monetization, so it’s not a lot, but it is enough where it’s a very healthy, steady flow. And if someone in Korea or someone in Japan uploads one of my covers or originals, it’s automatically claimed, and I get the master portion of [ad revenue for it], which is great.

Tubefilter: Have you built out a team? How many people work with you behind the scenes?

TW: It’s definitely been a DIY learning experience. I feel like the CEO of my own company and also the janitor of my own company. So it’s like a high-level and low-level position where you have to do all the dirty work and learn the terms and it’s just so many things.

My YouTube production team is me and a video guy, and I do all the editing. I also have a team in music management team where if there’s a bigger deal that comes into play or something on the mainstream side of things, they deal with it. I signed with Sony Germany, did a licensing deal with them, and had a whole team there. I was in a band, and I got an agent. I still have all those people on my team, but as far as like the do-it-yourself kind of digital space, I deal with it myself.

Tubefilter: What’s next? What are you building toward?

TW: Honestly, right now, I’m just trying to keep maintaining. Like I said, I’ve hit a lot of my goals financially. Personally, when it comes to just the music, when you’re younger you have a lot to prove and you want approval from your peers and family and stuff like that. And then once you surpass those expectations, it’s kind of like, Well, now what? And then you really have to reach inside and figure out what it is that you’re created to do.

So my next step right now is just really being intentional with my time and making sure the stuff I come up with and create is true to who I am as a human being there. My whole vision at the moment is continuing to maintain a really healthy lifestyle. I’m starting a fitness brand, Ward Fitness, and at the same time communicating the hardest lessons I’ve learned in hopes that people can see obtaining success isn’t the entire point of existence. It’s fun, it’s exciting, […] and as long as that message is being portrayed through my art, I feel like I’m delivering on what I’m called to do. So that’s what’s next.

Creators Going Pro: Music-Focused Video Essayist Noah Lefevre Has Built A Career On YouTube Despite The “Daily Struggle” To Keep His Content Monetized