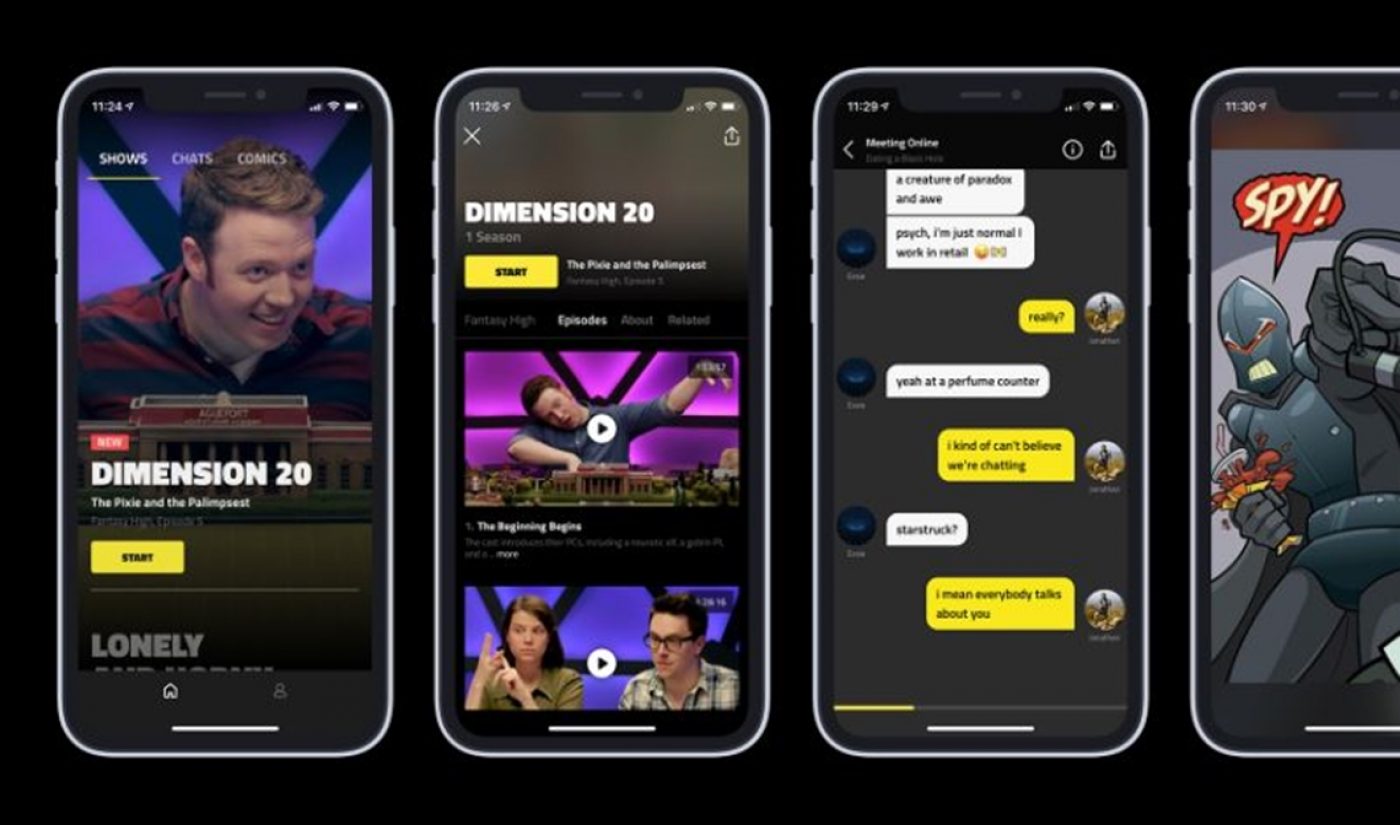 Dropout, the roughly three-month-old subscription service from noted digital comedy brand CollegeHumor, has arrived as a native app on both iOS and Android.

The service, which offers ad-free viewing as well exclusive, uncensored content beginning at $4 per month, was previously only available on the web at Dropout.tv. In addition to original series like game show Um, Actually and the Dungeons & Dragon-inspired Dimension 20: Fantasy High, Dropout touts other visual storytelling mediums including chat stories and digital comics — and its new apps have been optimized for these formats, the company says.

For instance, the apps support display mirroring and content casting so that viewers can watch content on their smart TVs, while comics are displayed via full-bleed, swipe-able screens. The app also features a tap-to-advance feature for chat stories — or text-based story arcs that give subscribers the feeling of eavesdropping on conversations between characters.

Dropout subscribers visit the website an average of 3.5 times per week, the company says, and spend an average of 31 minutes per visit. Time spent per session on Dropout.tv is eight times higher than on CollegeHumor.com, the company says, and 12 times higher than on College Humor’s YouTube channel. Dropout says that these numbers have been predominantly driven by exclusive shows like Fantasy High and Um, Actually.