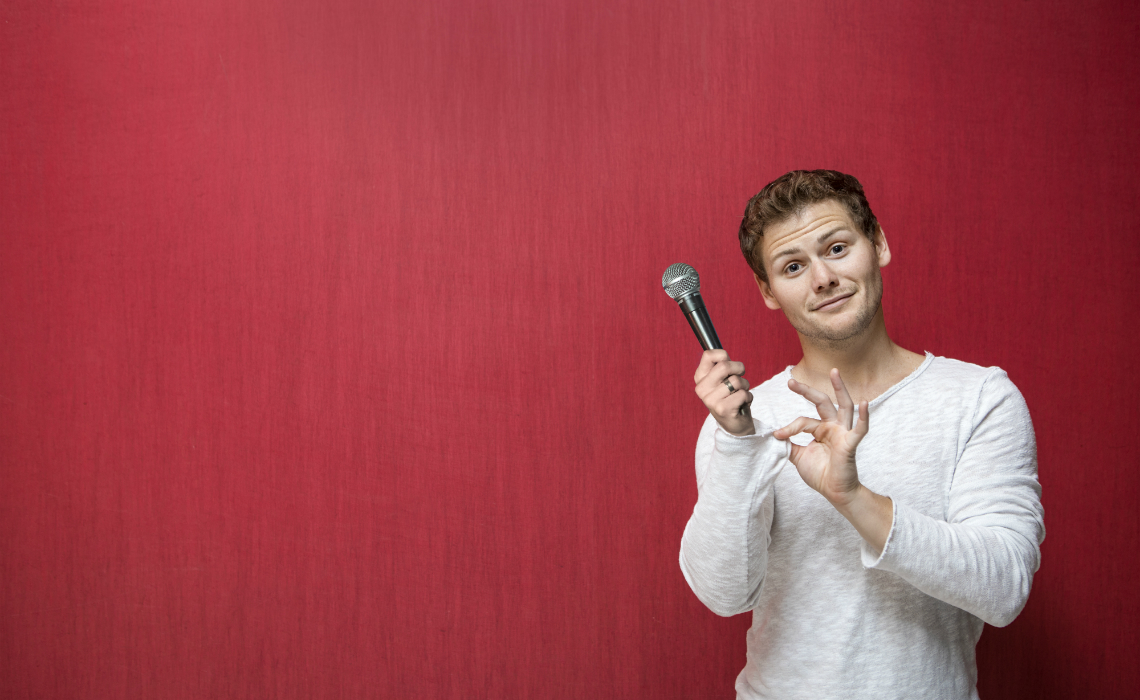 YouTuber Drew Lynch is heading back to America’s Got Talent.

After his original run on the show’s tenth season, where he came in second after being ‘Golden Buzzered’ straight to live shows by judge Howie Mandel, Lynch took to YouTube. In the three years since, he’s garnered nearly two million subscribers thanks to his frank videos about his disability and his series Dog Vlog, where he chats to viewers alongside his adorable service dog, Stella.

Now, fans will get the chance to see him take to the stage once more, as he’s returning to TV for the first season of spinoff show America’s Got Talent: The Champions.

“I’m so excited to be on America’s Got Talent: The Champions competing with acts who represent their season and country,” Lynch tells Tubefilter. “This will be an incredible opportunity to show the fans what we’ve been up to, and how we’ve grown as performers since first being introduced to the world.”

Simon Cowell, Heidi Klum, Mel B, and Mandel are set to judge, and Cowell is also executive producing the series. Actor Terry Crews will host, and the first episode premieres next Jan. 7.

You can check out Lynch’s first performance on the show below: