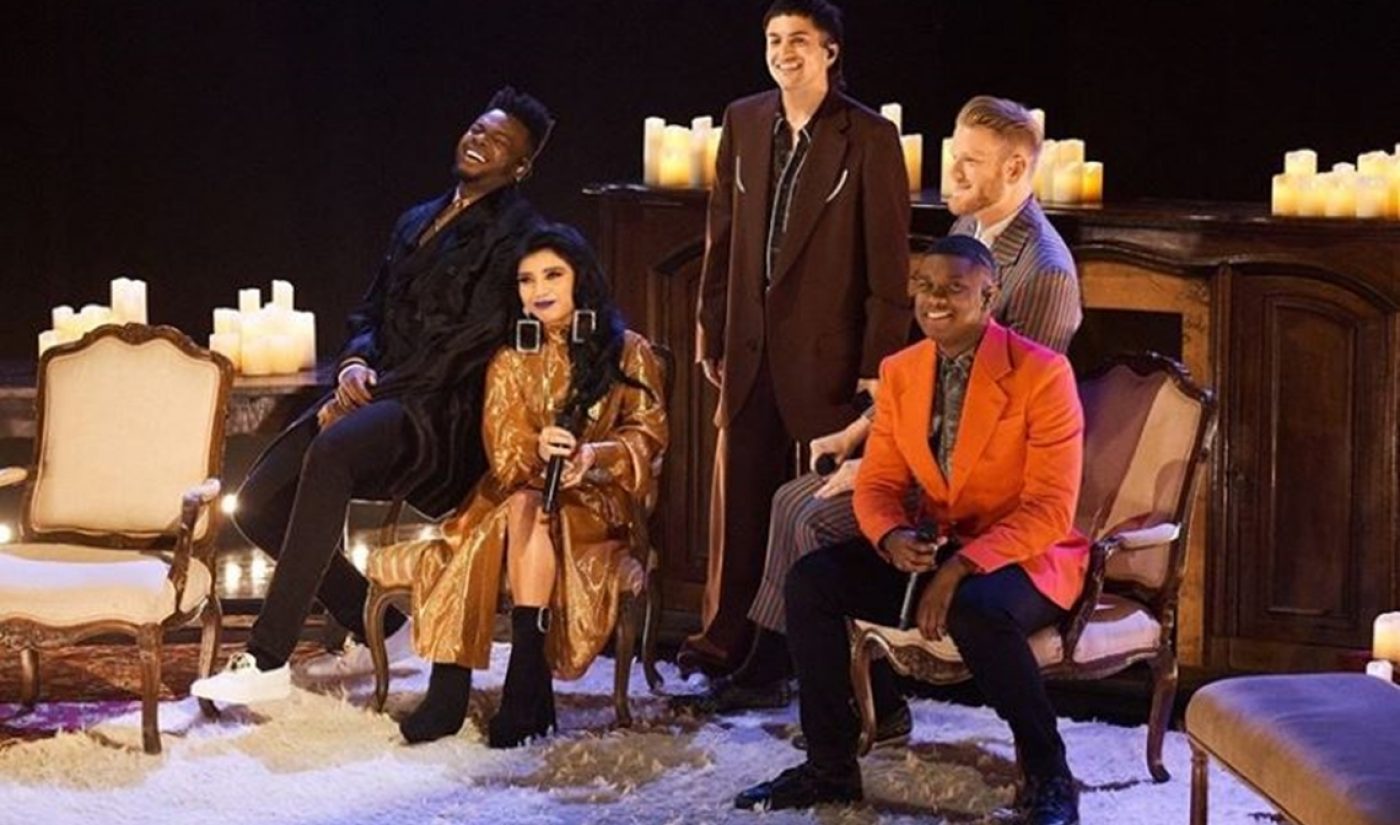 YouTube-born a cappella supergroup Pentatonix has recruited some of the biggest names in pop music for its third annual NBC holiday special, which is set to air on Dec. 10 at 10 pm.

Pentatonix: A Not So Silent Night, will serve to herald the Grammy-winning quintet’s latest holiday album, Christmas Is Here! The special was filmed in Las Vegas and will see the group — comprised of Scott Hoying, Mitch Grassi, Kirstin Maldonado, Kevin Olusola, and Matt Sallee — making various stops along the Vegas Strip. It will also feature appearances by Kelly Clarkson, the Backstreet Boys, Marren Morris, and magician duo Penn & Teller. (Clarkson and Morris both have cameos on Christmas Is Here!).

A Not So Silent Night is produced by AEG Ehrlich Ventures (which is behind the annual Grammy Awards and Global Citizens Festival broadcasts) as well as Pentatonix and the group’s record label, RCA.

Pentatonix, which has become somewhat synonymous with holiday music, has sold nearly 10 million albums to date. Yesterday, the group performed at the famed Rockefeller Center Christmas Tree Lighting ceremony in New York, and this morning they appeared on the Today show to perform their latest single, “Sweater Weather” (see below). The group is currently in the midst of the 17-city Christmas Is Here! tour, which kicked off on Sunday in Texas and will wrap up at New York City’s Beacon Theatre next month. Tickets are available here.

After launching their careers on YouTube, the Pentatonix channel has amassed roughly 16 million subscribers and 3.6 billion video views to date.