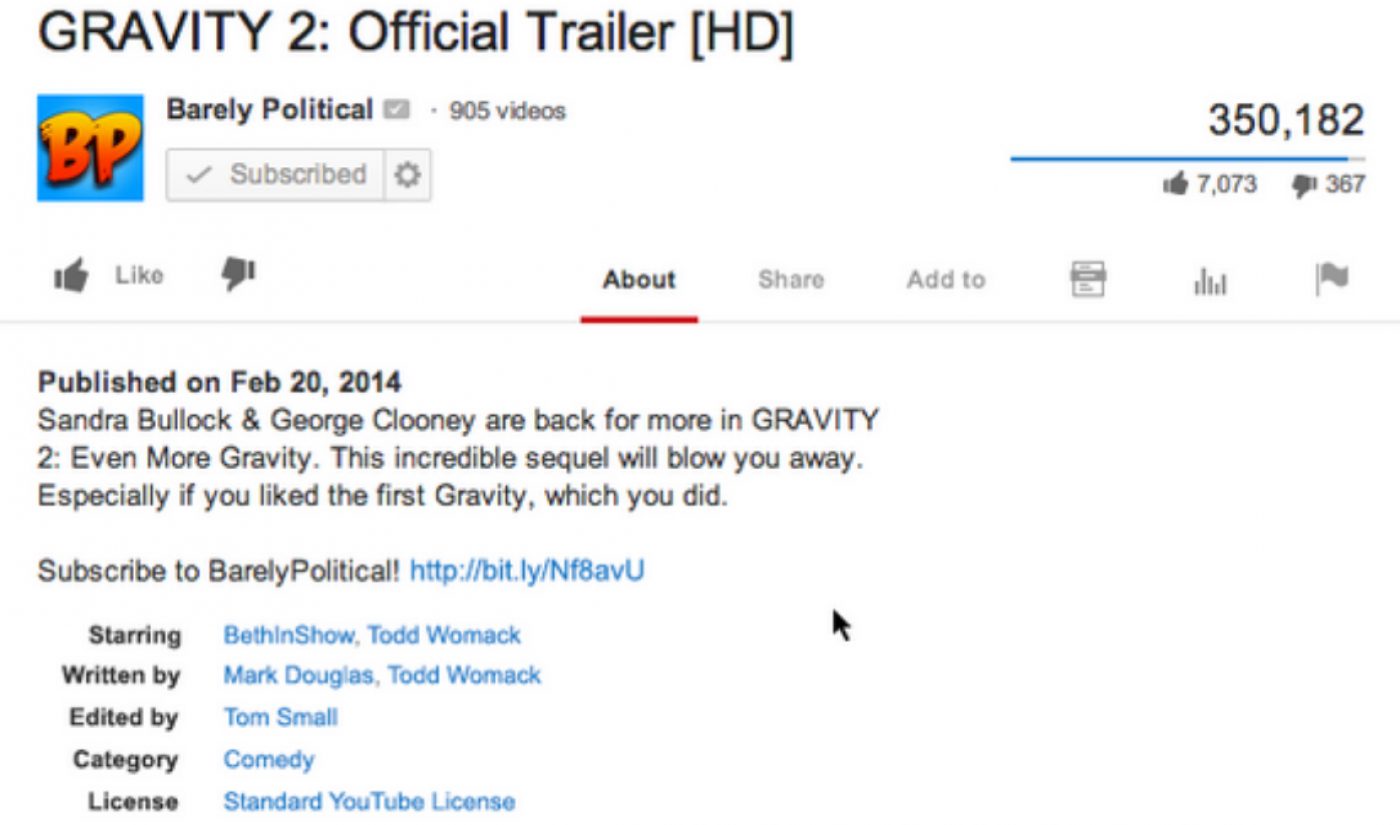 YouTube is pulling the plug on its ‘Creator Credits’ feature.

In a note on the YouTube Help page for the feature, YouTube says that as of Nov. 26, users can no longer create or edit video credits. The platform will dissolve Creator Credits entirely on Jan. 31, 2019, deleting all existing video credits.

Originally rolled out in 2014, the feature allows creators to tag their collaborators — like video co-stars, editors, or their intro music composer — directly in a specialized field below videos with a neatly embedded link to their channels, rather than listing collaborators in video descriptions.

The feature has apparently not been widely used enough to keep around, 9to5Google reports. (It’s worth noting here that when Creator Credits was first introduced, it was offered only to creators with more than 10,000 subscribers. YouTube later lowered that threshold to 5,000 subscribers.)

In its help page note, YouTube says it is currently working on new features to let YouTubers tag other creators in their videos, and specifies that credits for folks who write subtitles and contribute closed captions on videos are not going away.

It’s possible a new crediting feature will be introduced before the January deletion of Creator Credits. YouTube has already put out a ramped-up credits feature for its partner musicians this year, adding artist, songwriter, label, and publisher details to more than half a billion videos with its ‘Music In This Video’ feature to ensure artists are credited for music used in YouTube videos.