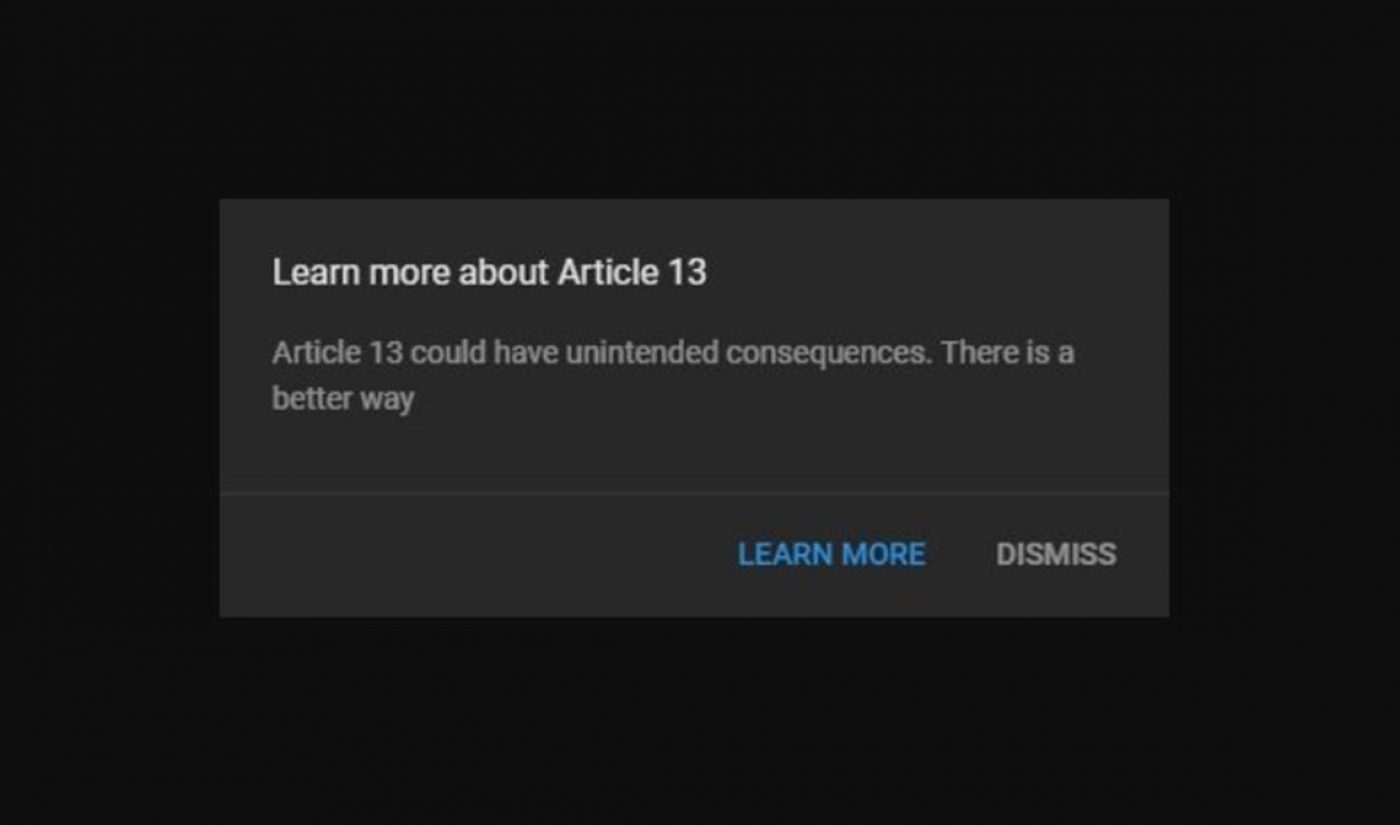 YouTube is continuing its all-out siege against Article 13 — a soon-to-be-approved copyright regulation across the European Union that would shift the burden of copyright policing directly to content platforms.

While numerous execs including Susan Wojcicki, Robert Kyncl, and Lyor Cohen have warned against the dangers of the law in company blog posts and newspaper op-eds, YouTube is now bringing its fight directly to the platform with pop-ups that serve to warn viewers in the EU about the potentially damning proposal. If the bill passes, Wojcicki has said that the copyright burden could fundamentally change the YouTube ecosystem across the EU, potentially resulting in the shutdown of millions of channels — given that the cost of policing copyrighted material could become too costly for YouTube to withstand.

The Verge reports that the pop-ups are appearing at the bottom left-hand corner of videos where YouTube typically runs ads for its YouTube Premium subscription service. In addition to offering an explainer on Article 13, the pop-ups also link to YouTube’s standalone website dedicated to the issue. The company has dubbed that campaign #SaveYourInternet, and it features participation from top European YouTube creators like Dodie Clark and Humza Productions.

Check out a screen grab of the pop-up, courtesy of a Twitter user named Oliver, above. “Article 13 could have unintended consequences,” it reads. “There is a better way.”

While Article 13 was already approved by Parliament in September, it is expected to be officially voted into law in January. The Verge notes that, in addition to YouTube’s homegrown measures, EU-based creators have echoed its rallying cries in recent weeks, including U.K.-based PewDiePie and KSI, as well as Malta-based meme maker Grandayy.