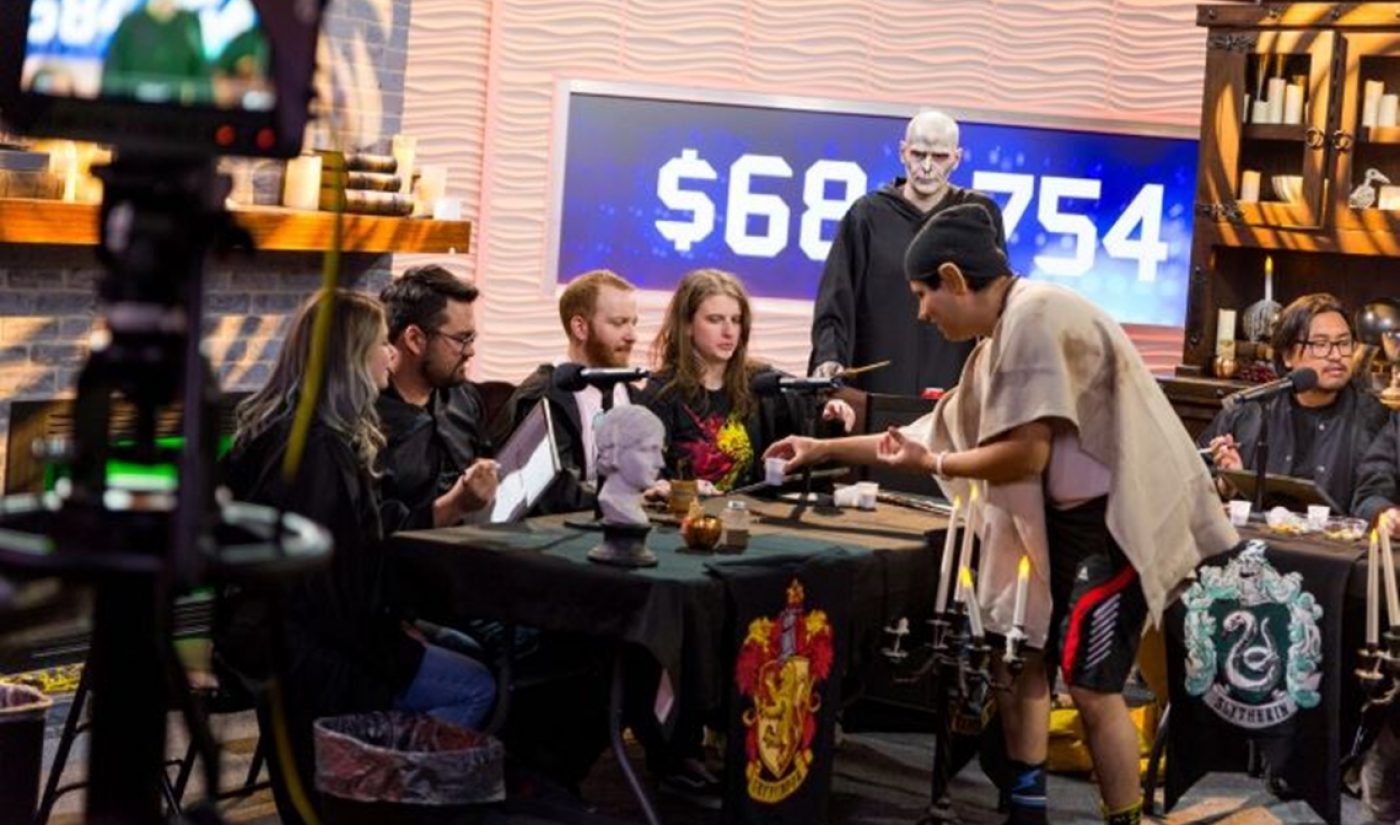 The grand tally comes after Rooster Teeth collected $1.4 million in 24 hours on Saturday during its sixth annual Extra Life charity event. Various Rooster Teeth gaming and comedy personalities streamed around the clock in a bid to raise funds. This year, a ‘Wheel Of Vengeance’ doled out punishments whereby Rooster Teethers were pelted with paintballs, forced to eat spoonfulls of peppercorn, and soaked in dunk tanks — amid streams of Overwatch and Player Unknown’s Battlegrounds. (Rooster Teeth fans paid $1,337 in order to generate spins on the aforementioned wheel).

This year’s $1.4 million total — $934,000 of which came fan donations, and the remaining funds from Rooster Teeth own contributions as well as special edition merch sales — marks a substantial increase over last year’s $1.2 million raise, and also surpassed the company’s 2018 goal of $1.25 million.

Hospitals within the Children’s Miracle Network provide treatment for thousands of young people every year, whether or not they are able to pay for care. Rooster Teeth’s fundraising efforts specifically benefit the Dell Children’s Mental Health Unit in Austin, Texas — where the media company is headquartered. Rooster has raised so much money for Dell Children’s over the years that the hospital has named a garden on its premises after the digital giant.

“These funds will help kids for years to come, and I couldn’t be more proud of this community for coming together once again to knock down our goals and do some good,” said Rooster Teeth charity director and Achievement Hunter personality Jack Pattillo said in a statement. You can check out a highlight reel of the weekend’s festivities above.

Thousands of gamers worldwide participate in Extra Life annually. Since its inception in 2008, the grassroots campaign has raised $40 million for Children’s Miracle Network Hospitals.