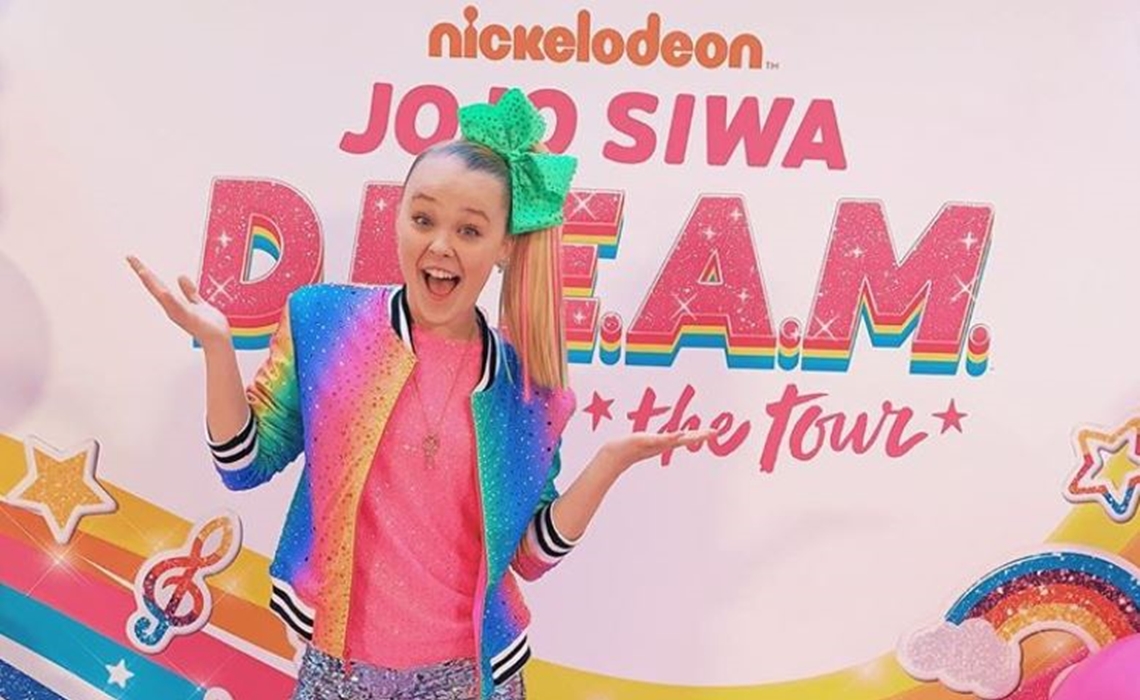 The squeaky-clean and hyper-charged digital influencer and Nickelodeon star JoJo Siwa is seeking to make a splash in the music world next week with the release of her debut EP and an accompanying tour — both of which are dubbed D.R.E.A.M.

The four-song EP and 22-city tour are both produced by Nickelodeon. The EP drops on digital platforms next Friday — the same day that tickets for the tour go on sale. The fifteen-year-old will hit the road on May 17, Billboard reports, and will also host meet-and-greets at every stop.

Nickelodeon signed Siwa to an overall deal last March, encompassing original programming, music, live events, social media, and consumer products. The EP and tour showcase the way in which Nickelodeon — which is now being led by AwesomenessTV founder and former CEO Brian Robbins — is seeking to keep talent partners close to the vest via proprietary pushes into multi-platform business ventures, Billboard notes.

“These songs aren’t born out of a specific show, as iCarly or Victorious were,” says Doug Cohn, Nickelodeon’s SVP of music. “Rather they appear on all of our various platforms in a multitude of ways — both audio and visual. The landscape is changing, and Nickelodeon is changing with it.”

Siwa — who first rose to fame on the Lifetime reality hit Dance Moms and subsequently amassed 8 million subscribers on YouTube — began foraying into music last April, when she released a song titled “Every Girl’s A Super Girl” in a video game titled Star Stable. “Doing this EP was the next step for me,” Siwa told Billboard. In addition to the first single, which is also called “D.R.E.A.M.“, the EP includes tracks titled “Everyday Popstars,” “Only Getting Better,” and the autobiographical “My Story.”

Check out the music video for “D.R.E.A.M.” — in which Siwa shows off her impressive dance moves and proclivity for sparkly outfits — below: