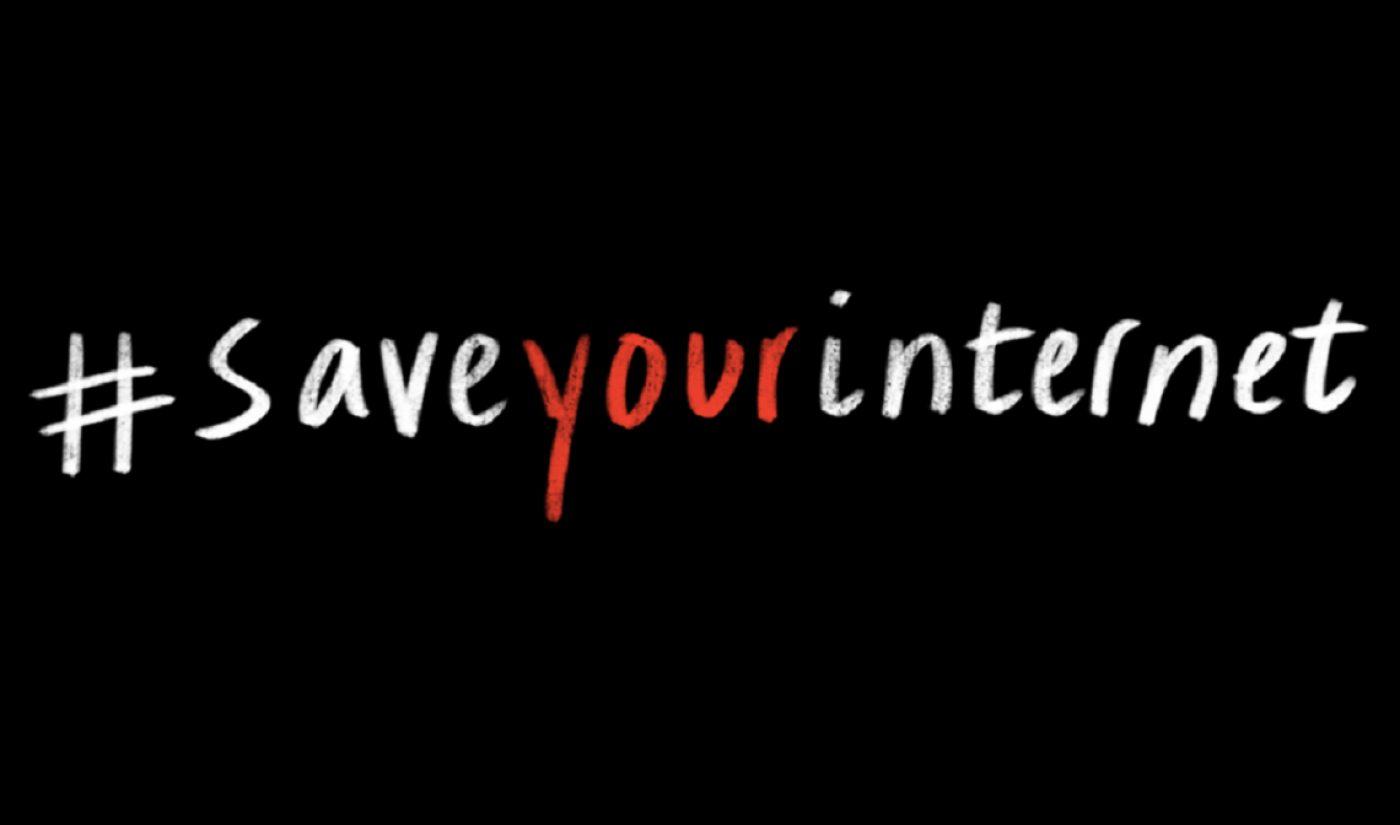 Several of YouTube‘s top creators have joined the company’s intensifying campaign to #SaveYourInternet from the effects of the European Union’s recently-approved Article 13.

The article, if given final approval in its current form in January, would require platforms like YouTube to crack down on copyright infringement by removing all copyrighted material uploaded by users in the EU, with no exceptions. (In the U.S., under what’s commonly referred to as “safe harbor” regulations, platforms are not legally liable for infringing content uploaded by third parties.)

In her latest quarterly update blog, posted last week, YouTube CEO Susan Wojcicki urged creators and their viewers to use the hashtag #SaveYourInternet to “tell the world […] why the creator economy is important and how this legislation will impact you.”

And now, the platform is asking creators to take their efforts one step further by making videos using #SaveYourInternet as part of a push to convince lawmakers to cooperate with YouTube (and, presumably, other affected platforms like Facebook and Twitter) to restructure the language of Article 13 so it won’t be as severe.

On a landing page for the campaign, YouTube collects quotes and videos from creators — including Philip DeFranco, Humza Productions, and Dodie Clark — about the potential effects of Article 13. “This law might kill freedom of speech: no more parodies, covers, remixes, [satires], self-made artists,” Sara’h, who has nearly 2 million subscribers and often covers other artists’ songs on her channel, wrote. “The fight is not over.”

YouTube currently manages large-scale copyright infringement — such as the uploading of a recording artist’s song — with its Content ID system, which gives copyright holders the ability to collect any ad revenues from infringing videos or have the videos taken down. Per Robert Kyncl, YouTube’s chief business officer, in more than 90% of cases, copyright holders choose to leave the material up and collect revenue. Under Article 13, YouTube will not be able to offer copyright holders that choice.

YouTube says it will share updates on the campaign and more information about Article 13 in the coming weeks.