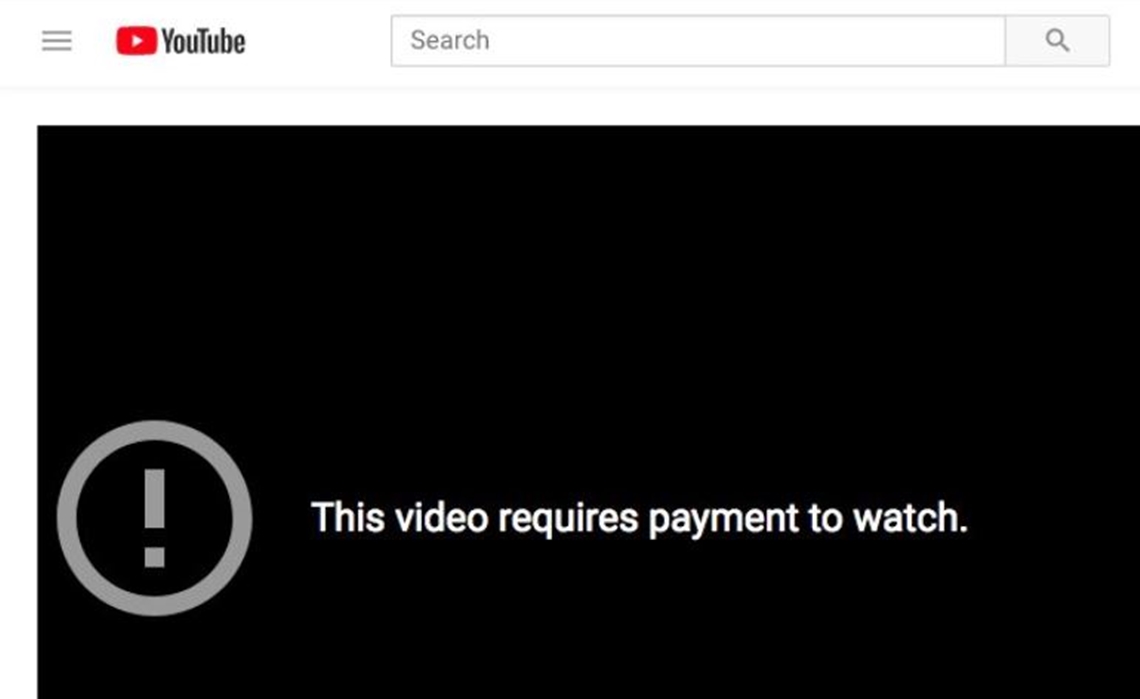 Following a 90-minute global outage earlier this month, YouTube once again addressed a technical issue yesterday whereby some users reported receiving error messages stating, “This video requires payment to watch” — despite the fact that they were standard, ad-supported clips.

Alternately, some viewers reported that they’d received a different error message simply saying, “We are experiencing problems with our servers,” Variety reports. Both errors began appearing at around 2 pm ET, and predominantly affected users on the east coast of the United States. And while having to pay for YouTube videos marked an angering proposition for many of those affected, at around 4:00 the company confirmed via Twitter that the issues had been resolved. Additionally, as with the outage earlier this month, the errors also appeared to have impacted YouTube TV subscribers.

“If you saw an error message while watching a video on YouTube or YouTube TV earlier today, the issue has been fixed,” the company wrote. “Thanks for your reports!”

The issue even caught the eye of prominent YouTube stars, with former Smosh star-turned solo vlogger Anthony Padilla quipping that his latest video, a comedic funeral for his “dead” YouTube channel, “should be a fun and free event.”

hey @teamyoutube why is my new video saying it requires payment to watch? my funeral should be a fun and free event  https://t.co/C3nNSa4glr https://t.co/I52AyjDC3M