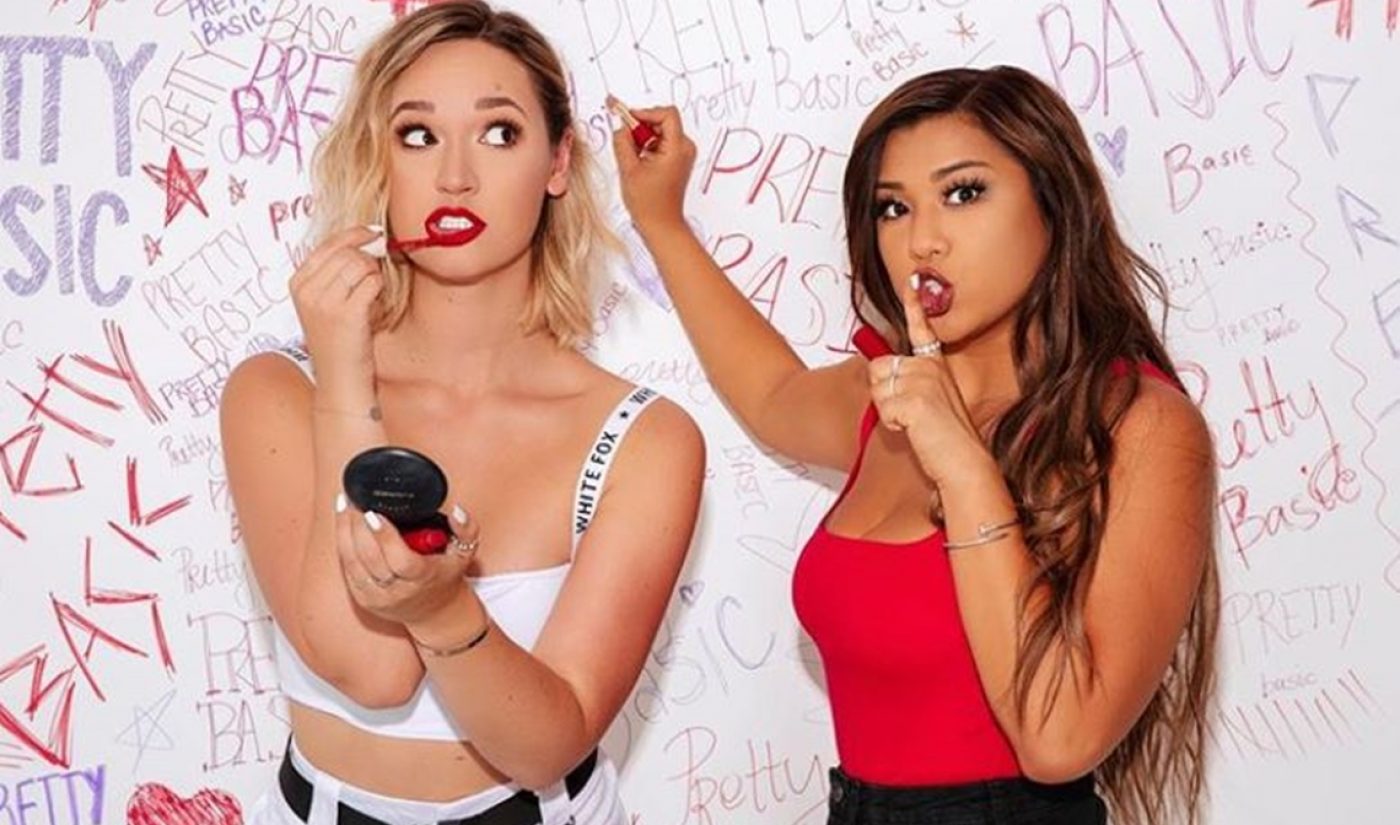 Fresh off their hosting gig at the Streamys Brand Awards, leading lifestyle creators and besties Alisha Marie McDonal and Remi Cruz are co-launching a podcast called Pretty Basic that will hail from the Ramble audio network — a collaboration between talent agency UTA and podcast company Cadence13 that exclusively focuses on shows hosted by YouTube stars.

The duo liken Pretty Basic to a sleepover with friends, in which they reveal what it’s really like to be a YouTube star, share behind-the-scenes tales from video shoots, and spill the tea on boy drama, according to Variety. The first episode — available on both iTunes and Spotify — dropped yesterday, and is sponsored by stock trading app startup Robinhood.

Ramble was formed in June and reps the podcast ventures of several YouTube stars, including Rhett & Link, Josh Peck, Hannah Hart, and Flula Borg. The company arms digital creators with podcast producers, serves as a liaison to advertisers, and also aids with live events and merchandising opportunities. Given that UTA reps both McDonal and Cruz, it’s natural that they would launch their show under the Ramble umbrella.

“We have kept Pretty Basic a secret for so long,” McDonal told Variety. “I’ve been obsessed with podcasts lately, and it is crazy to think that I now have one with my best friend.”

McDonal counts 20 million followers across all social channels, and recently announced a brief hiatus from YouTube after consistently posting videos for a decade. For her part, Cruz counts 4 million collective followers, and launched her very own skin care brand, HoneyPop, in June.

Countless creators have sought to extend their digital brands into the burgeoning podcast realm, oftentimes in duos — such as Tyler Oakley and his best friend Korey Kuhl, Ingrid Nilsen and Cat Valdes, Casey Neistat and his wife Candice Pool, David Dobrik and Jason Nash,  and Grace Helbig and Mamrie Hart — whose cancelled daily YouTube talk show will live on as an audio series.