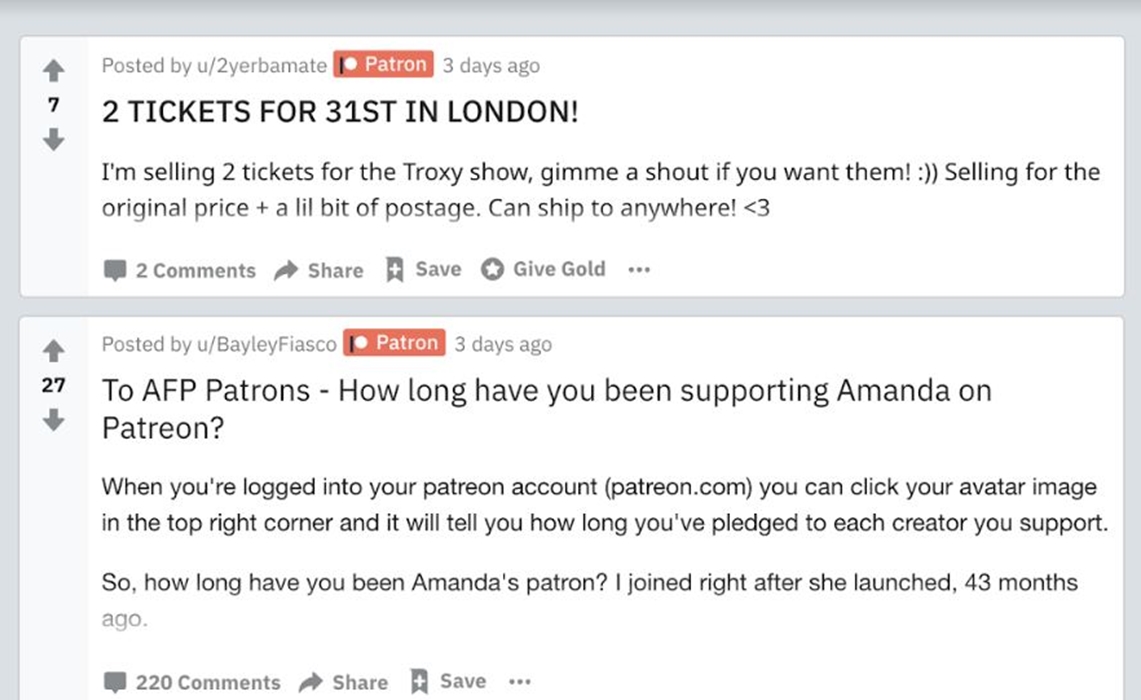 Patreon and Reddit have forged a new partnership to help creators better connect with existing supporters and convert new fans into paying subscribers.

In a blog post announcing the collaboration, Patreon pointed to Reddit’s unique ability to bring communities around specific interests together. And while many Patreon creators already moderate Reddit communities, today the companies are rolling out integrations on both platforms to makes engagement more seamless. The update is being tested among a small group of creators, and will roll out fully by month’s end.

“The reward system is inherent to the Reddit experience — upvotes and downvotes have been part of our system of community moderation since the earliest days,” Reddit — which is the fifth most popular website in the U.S. with 330 million monthly users and 138,000 active communities, wrote in its own blog post. “With the Patreon integration, we’re excited to foster the growth and health of fan communities through a new suite of recognition and rewards.”

As part of the integration, on Patreon, a new widget will also appear on creators’ homepages to promote their Reddit communities.

Once the two platforms are connected, the update runs automatically with no manual upkeep, Patreon says.