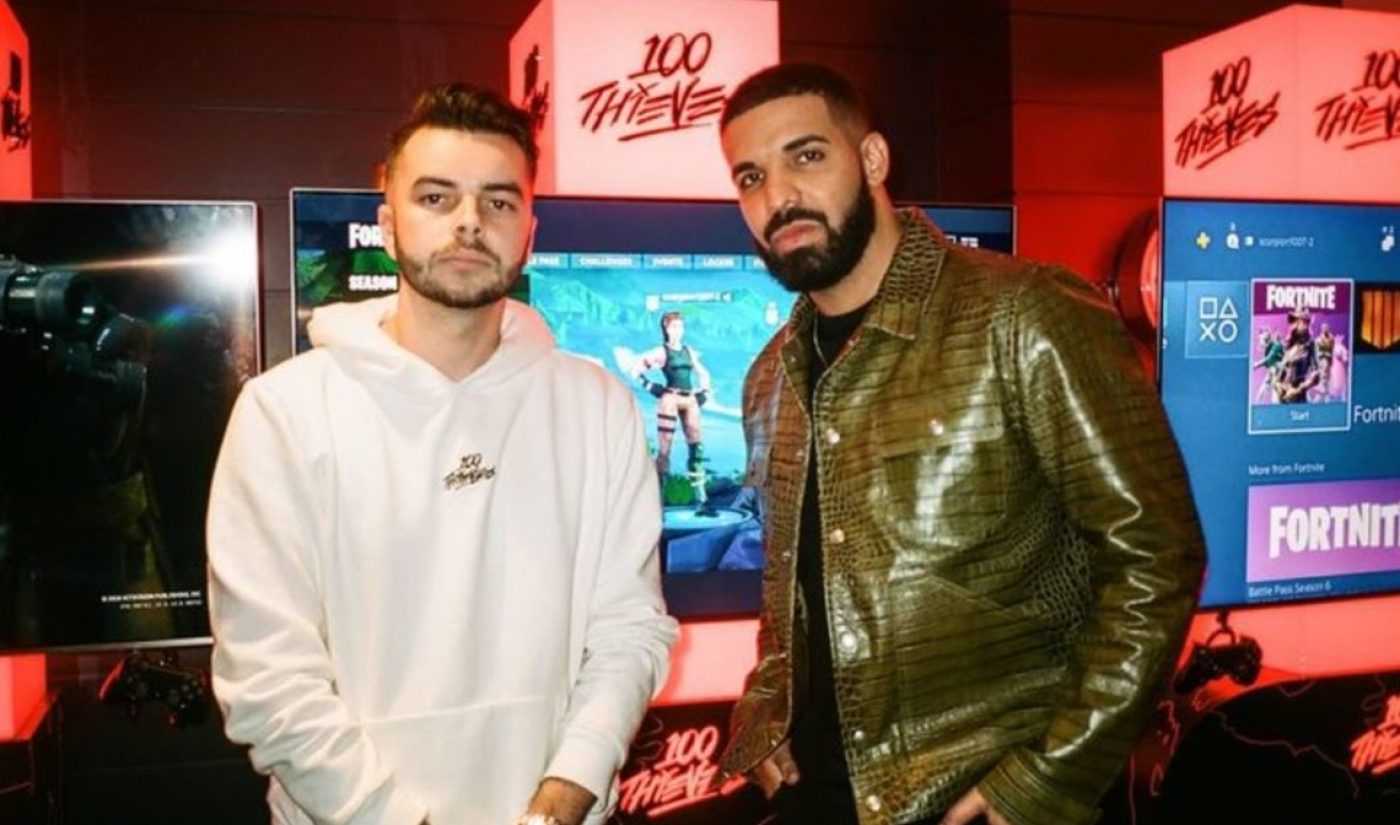 100 Thieves, a pro esports organization founded by noted YouTube gaming star Matthew ‘Nadeshot’ Haag — which has teams competing in a variety of titles and also vends a buzzy line of lifestyle and apparel products — has closed a Series A funding round and onboarded two entertainment industry luminaries as co-owners.

Rapper (and Fortnite enthusiast) Drake and Scooter Braun — who is perhaps best known for managing top pop acts like Justin Bieber and Ariana Grande — both co-led the round and will act as strategic advisors for 100 Thieves. Braun has also joined the company’s board of directors. While the terms of the Series A weren’t disclosed, 100 Thieves says that it has raised $25 million since its founding in April 2016. Cleveland Cavaliers chairman Dan Gilbert, who had previously tendered a multi-million dollar investment in 100 Thieves last November, is the company’s fourth co-owner.

“Our top priority is to win world championships, but our ambitions go far beyond competitive gaming,” Haag said in a statement. “We’re going to build a lasting brand on the back of the content and apparel that our fans have come to love, aggressively expand into more games, scale our apparel business, and build a world-class management team.”

100 Thieves has already collaborated with Drake on custom gaming stations that are on the road with him on his current Scorpion tour, and says that future apparel collaborations with the rapper “are underway.”

Haag was a former Call Of Duty world champion before he parlayed his gaming acumen into the business world. 100 Thieves’ teams compete in League Of Legends, Fortnite, Call Of Duty, and Clash Royale — and the organization took home first place in this year’s North America League Of Legends Championship Series (NALCS). 100 Thieves says that it has the fastest-growing esports channel on all of YouTube, and that its last four online apparel drops — consisting of gaming-inspired streetwear — have sold out within 20 minutes.