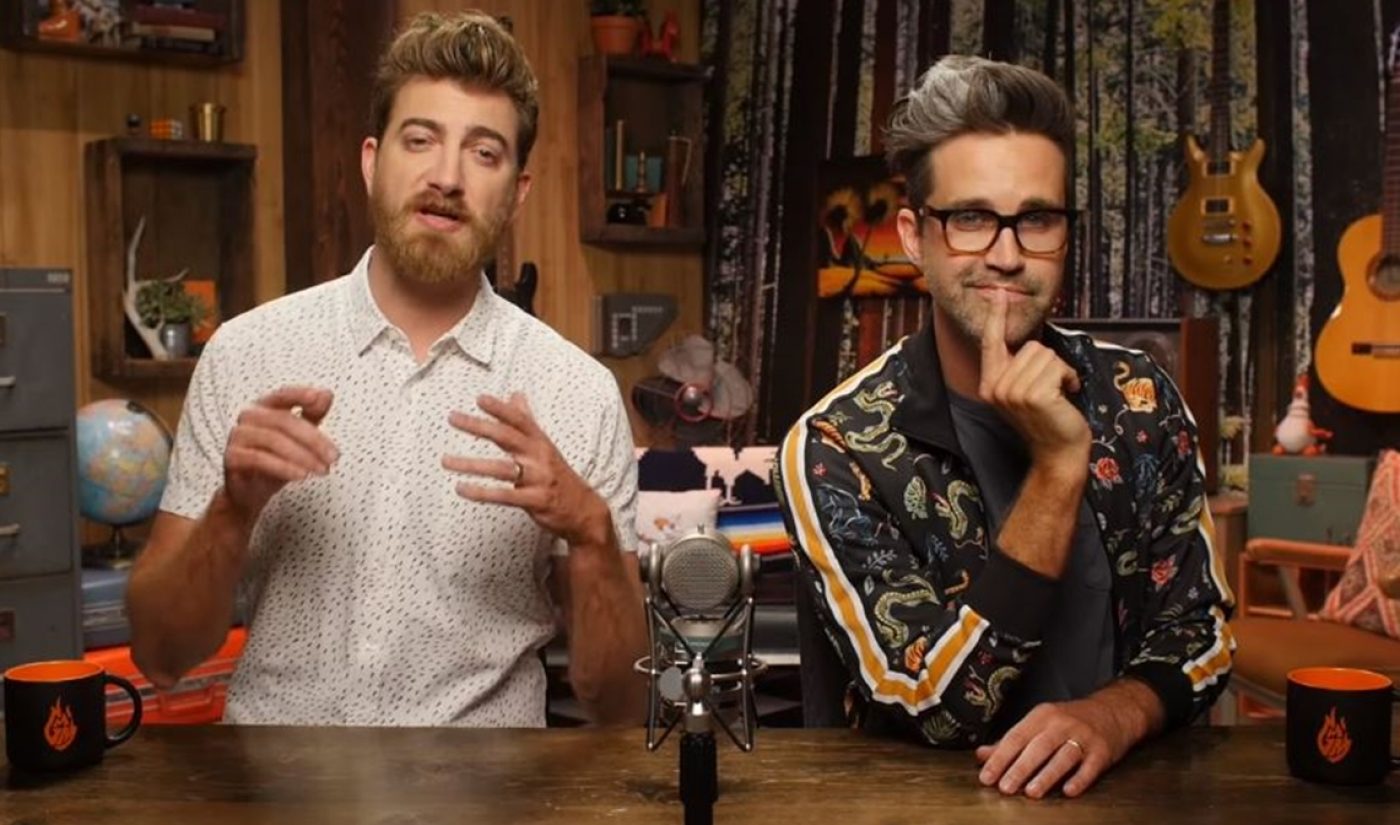 Rhett McLaughlin and Link Neal — the duo behind YouTube’s most popular daily talk show, Good Mythical Morning — are teaming up with an NGO dubbed mothers2mothers (m2m) to aid it on its bid to eradicate pediatric AIDS in Sub-Saharan Africa.

Throughout the month of October, Good Mythical Morning will feature m2m on its ‘Wheel of Mythicality‘ — a spinning wheel seen in nearly every episode that designates how McLaughlin and Neal will end the program. To raise awareness, the guys will share information about m2m’s mission — which employs and trains HIV positive women to deliver health services, advice, and support to other women and their families — and encourage their legions of fans to donate.

The charity’s work hits close to home for McLaughlin, whose wife, Jessie, traveled to Africa to witness its work firsthand. And in addition to appearing on the wheel, the guys will hosting an additional fundraising event for m2m on Oct. 24. Crew members from the Good Mythical Morning team will compete against one another on Instagram and Facebook to see who can raise the most money for m2m. The winner will have his or her hair completely covered in peanut butter — a nod to a now-famous peanut butter hacks video from 2015 in which the guys discovered that the spread can also act as a hair moisturizing mask of sorts.

Cape Town-headquartered m2m operates across eight African countries and cared for a total 2.3 million new clients in 2017 — an uptick of 18% over last year, it says. It has also and created employment opportunities for 3,000 HIV positive women. While the organization’s initial focus was on eliminating mother-to-child transmission of HIV, it has expanded its mission to focus on early child development, pediatric care, and adolescent mentoring.

Good Mythical Morning is bound to help amplify its reach, given that the talk show — which is currently in its 14th season — counts over 14 million YouTube subscribers and averages 2 to 3 million views daily.