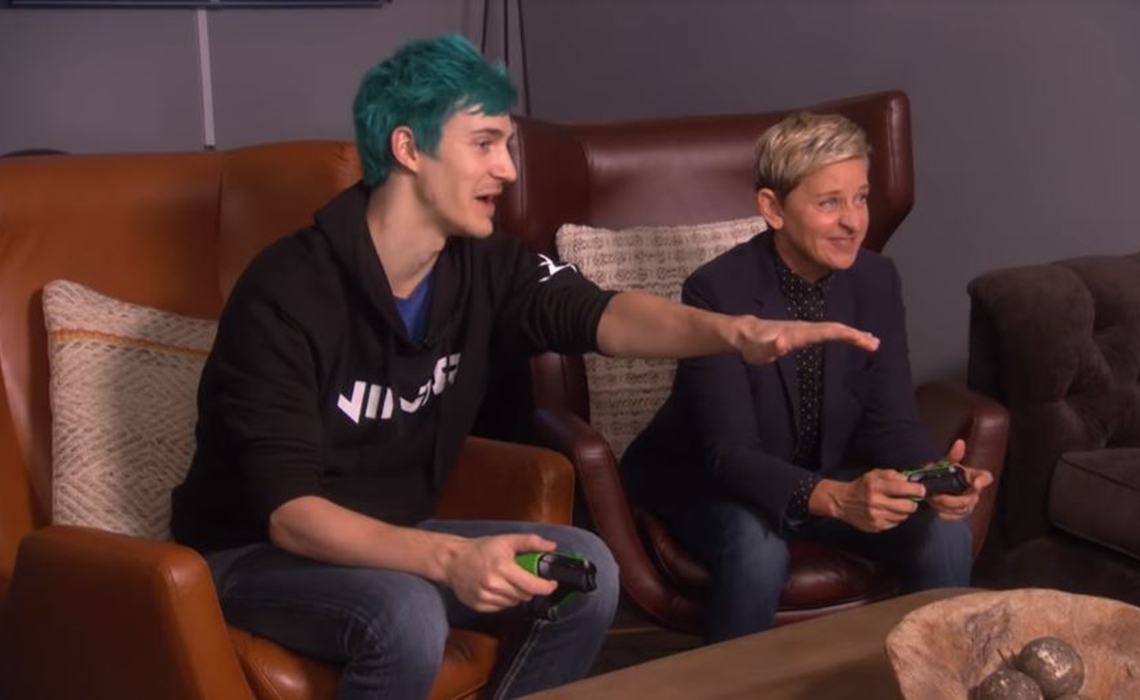 In August, Fortnite phenom Tyler ‘Ninja’ Blevins made waves when he asserted that he wouldn’t stream with other women in a bid to shield his marriage from rumors of infidelity — a seemingly radical and somewhat controversial statement given that female gamers often face harassment and a lack of visibility as compared to their male counterparts.

However, it turns out that Blevins may be willing to make an exception for the world’s biggest daytime talk show host. The 27-year-old took some time off of his wall-to-wall streaming schedule for an appearance on the long-running Ellen DeGeneres Show last week, where he schooled DeGeneres on how to play Fortnite.

In addition to helping her come up with a streaming nickname (they decided on ‘Ellie D’), Blevins revealed that he typically plays Fortnite for 10 hours per day. He also talked about the huge moneymaking prospects for popular streamers, joking that he and DeGeneres had probably clocked “about $5,000” after playing for a few minutes.

This isn’t Blevins’ first co-stream with a major celebrity — nor is it DeGeneres’ first time collaborating with a high-profile digital creator. Blevins first rocketed into the digital zeitgeist after a record-breaking Fortnite stream with the rapper Drake, and he also won a high-profile tournament with DJ/producer Marshmello. Last month, Blevins became the first esports star to grace the cover of ESPN Magazine — yet another sign that he was helping to usher the niche category into the mainstream.

Check out Blevins’ appearance on Ellen, which has already been viewed more than 2 million times, right here: