YouTube Millionaires: Kiera Bridget’s Content Is All About Chasing Her Wildest Ideas — And Taking Her Viewers Along For The Ride 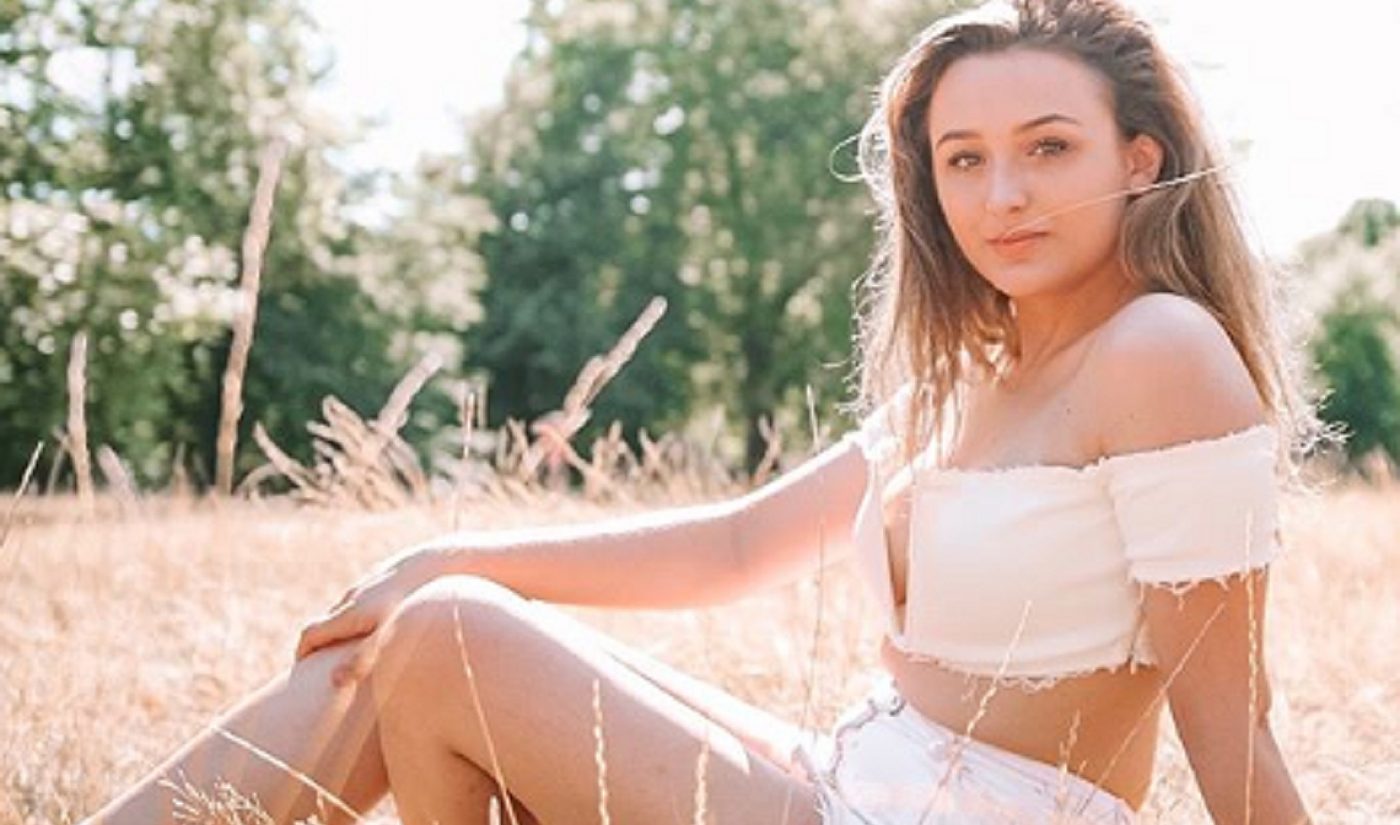 In the short amount of time between Kiera Bridget’s YouTube channel hitting one million subscribers and Bridget sitting down with Tubefilter to celebrate this milestone, the 17-year-old pulled in a further 800,000 subscribers. That’s not a typo — per internal Tubefilter data, she’s recently been gaining hundreds of thousands of subscribers per week. Her highest week brought in more than 280,000 new subs, and at the same time, she saw a spike in her monthly view counts, netting 45 million in August.

Bridget, who also has 388,000 followers on Instagram and 54,000 followers on Twitter, is known for collaborating with YouTube star Tana Mongeau on the channel Trash (1.5 million subscribers), and was a featured creator at the ill-fated TanaCon, an experience she vlogged about. But of course, her fans also know the British vlogger for her solo comedic content and her willingness to throw herself into challenges silly and serious, like letting her dog control her life for 24 hours, spending the night in a haunted forest, and figuring out exactly what’s in the box.

That last video co-stars Bridget’s boyfriend, fellow YouTuber Morgan ‘Morgz’ Hudson, who has nearly six million subscribers on the platform. The two of them often film videos together, garnering millions of views for hide and seek antics in a $10 million mansion and spending a week handcuffed together.

For Bridget, who’s managed by Kieron Brittle at Talentsy, YouTube isn’t just a full-time job — it’s a 24/7 endeavor where she regularly lets viewers into her life for days at a time. Here’s what it’s like on her side of the camera.

Kiera Bridget: My channel absolutely flew past one million. Going from being a really small YouTuber to someone with now almost two million subscribers in two years is something I’m never going to be able to wrap my head around. I feel like most people have more time to adjust to the changes having a huge subscriber count can bring, but it has totally overwhelmed me! And I’ve always wanted subscribers to know that I have no idea what they see in me, but I’m glad I can leave an imprint on someone’s life the way YouTubers helped me when I was younger!

TF: What made you decide to join YouTube in the first place? When did you start to take making videos seriously? Did you join YouTube with the intention of building a popular channel?

KB: I’ve been watching YouTube since I was 10. In like 2011, I remember first watching Dan Howell, and wanting to be just like him, and making little sketches with my webcam that I kept a total secret from my parents, hahaha! With those, I got a MASSIVE 30 subscribers ;).

And then, in February 2016, I got in a really bad skiing accident where I tore up all of the ligaments in my right knee and fractured it. I couldn’t walk for about eight months, and pretty much missed the whole of year 10 at school. And I’m pretty sure all of my friends forgot I existed too. All I had to do was watch YouTube, and because I was literally dying of boredom, Kiera Bridget the channel was birthed in May 2016.

With that, I auditioned for a collab channel in August 2016 that was hosted by my favourite YouTuber at the time (and now friend), Tana Mongeau, and even though I only had 400 subscribers, she picked me, and everything exploded from there! I always knew I was good at making videos, was quite funny and had potential deep down, but I also had really low self-confidence at the time, and never could have predicted what would happen.

KB: There is a significant lack of girls on the platform showing other young girls that being ‘beauty influencers’ isn’t all they can be capable of — in the U.K. especially. When I was younger, I mostly only watched boys on YouTube because there wasn’t many girls I felt I could related to, as I wasn’t interested in makeup tutorials or watching hauls and lookbooks. I wanted to watch people share their funny experiences, do crazy, out-of-their-comfort-zone stuff, and hopefully distract viewers from anything bad that could be going on in their everyday lives.

TF: What got you interested in doing prank and challenge videos? Have you noticed a particularly strong response from your viewers when it comes to those videos?

KB: There are endless possibilities with the style of content I’ve been making recently — it’s never the same thing! For example, I recently did a ‘possession prank‘ on my boyfriend and edited it just like a horror movie. The moment when I revealed it was a prank to Morgan was also when the audience learned it was just a prank, too! Adding little spins and really letting my brain go wild with concepts and then pulling it all together is so much fun! And views and likse/dislikes are the only real way you can measure the response to a video. So if a video performs well, I’ll always try and do it again, but stepping it up a level each time!

TF: What’s the hardest challenge you’ve attempted? What was the most difficult video to film?

KB: Definitely the video where I spent the night in a forest. It was only a two-minute walk from my house, but I am terrified of the dark and being outside at night, and it’s the only one I actually gave up on.

TF: Your boyfriend is also a YouTuber! What’s it like to be one half of a YouTuber couple? Do you ever feel like you’re in competition with one another?

KB: It’s actually really cool! With a lot of my non-YouTuber friends, I feel like they have no idea what I’m talking about when I talk about YouTube stuff, so it’s great to have him around to discuss ideas together and generally help each other film! We’re like each other’s personal assistants, haha. And no, we don’t compete. We both have very different things going on, so it’s hard to compare them.

TF: Do you have a planned budget for videos?

KB: Nope! I have no budget. I’ve spent thousands on some videos, like I Lived Like a Billionaire for 48 Hours and My Boyfriend Picks My Outfits, and can only hope I profit even a tiny bit. It’s probably not the most financially responsible thing to be doing as a high school drop-out, but seeing a video perform well and grow my channel for the long run is way more important than losing some money short-term.

TF: What’s your production schedule like? How often do you film? Do you have a set number of hours per day you work — or, considering you often do 24/48-hour challenges, a set number of days per week you work?

KB: 24/7. Even when I’m not filming or editing, I’m thinking about what I’m doing next. It’s probably not the healthiest way to work, especially seeing as I have like a 7 a.m. to 1 p.m. sleep schedule, but it seems to be working, I guess!

TF: What’s your average monthly AdSense earnings? Have you earned money from YouTube that’s not AdSense (like a brand partnership)? How do you pick what brands to work with?

KB: Way more than any 17-year-old should be making. But nothing in this industry is guaranteed, so the money I’m making now may well have to last me the rest of my life, haha. The more I’ve grown, the more selective I have been with brands I work with. I’ve definitely made some irresponsible choices in the past, but now I never work with a brand unless I think it’s cool, or I think its something my audience will enjoy!

KB: Literally everything. No limits. I’ve already diversified my content so much in the short two years I’ve been doing this, and I plan to keep changing and keeping up with what people want to watch next!

You can add yourself to the ranks of Bridget’s more-than-a-million YouTube subscribers at her channel YouTube.com/KieraBridget.