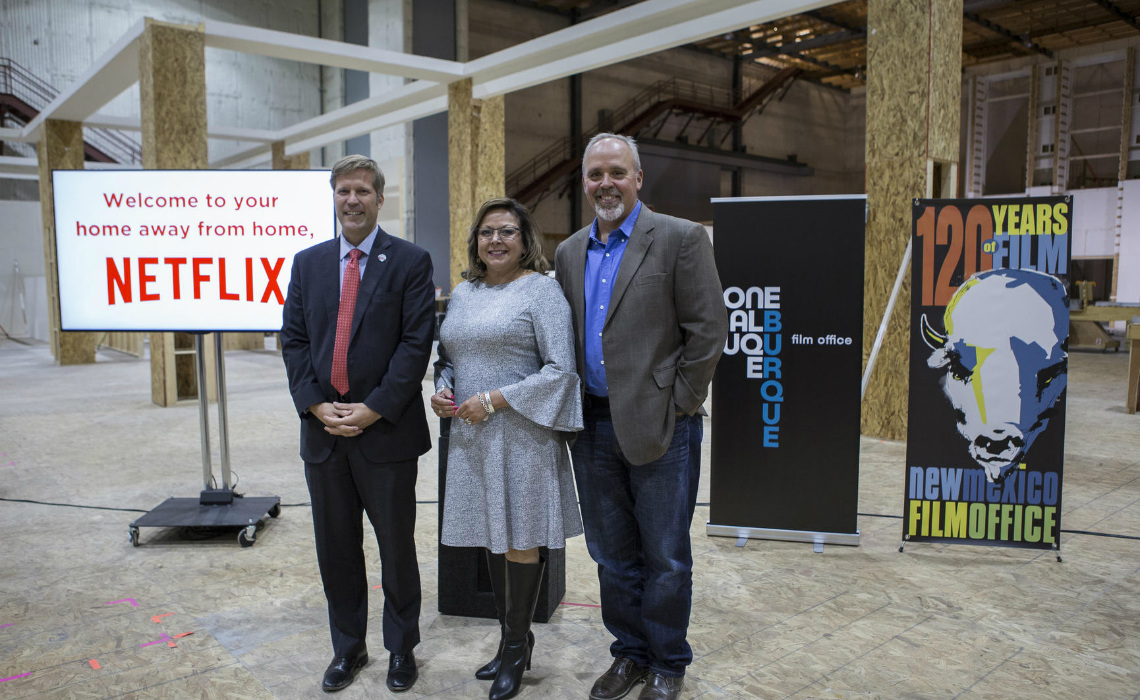 Netflix Is In Final Negotiations To Purchase Its First Production Studio, Will Bring 1,000+ Jobs Per Year To New Mexico

Netflix announced this week that it’s in final negotiations for a milestone deal — the purchase of its first studio complex. The streaming giant intends to purchase ABQ Studios in Albuquerque, NM, and says it will produce $1 billion worth of its in-house projects there over the next 10 years.

Projects confirmed for the complex include two currently-in-production series: dramedy Daybreak, which follows a 17-year-old outcast trying to find his missing girlfriend in the middle of the apocalypse, and suspense Messiah, about an ensemble cast of characters reacting to the news that a man from the Middle East believes he was sent by God.

Both series, which each have a 10-episode first season on the docket, have been filming in the Albuquerque area.

With the purchase of ABQ Studios, Netflix will create up to 1,000 production jobs per year in New Mexico, the company says. So far, work on Daybreak and Messiah has provided 700.

“Netflix is at the cutting edge of the film and television industry and it’s an honor to welcome them to New Mexico,” New Mexico governor Susana Martinez said. “After years of hard work to cut taxes and make New Mexico business-friendly, we’re seeing incredible results. Now, New Mexico is leading the nation in economic growth and lowering unemployment and we’ve brought the world’s leading internet entertainment service, Netflix, to our state.”