YouTube Millionaires: Donut Media Is About Slick Chassis And Fast Wheels — And Cutting Gatekeeping Out Of The Car Community 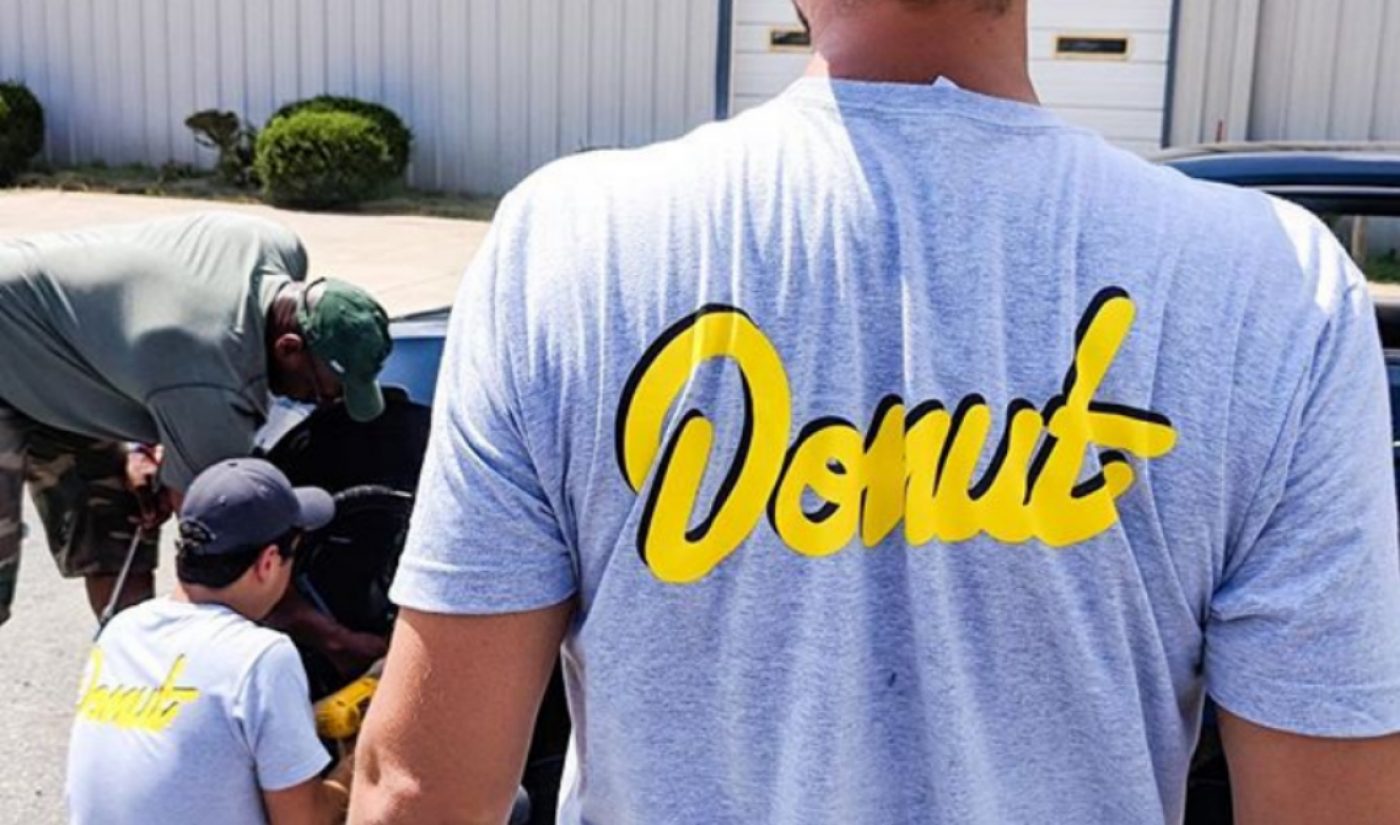 Like many other car-focused channels on YouTube, Donut Media’s has no shortage of gorgeous cars. The company, which revealed earlier this year that its channel pulled in a seven-figure revenue in 2016, then doubled those earnings in 2017, regularly uploads videos populated with supercharged racecars, handfuls of sleek Lamborghinis, the raw muscle of vintage hot rods, and much, much more.

But the team behind Donut Media — including co-founder and CEO Matt Levin, a former product head at AwesomenessTV, creative director Jesse Wood, and one of the channel’s hosts as well as its head writer, James Pumphrey — also has a mission many other channels don’t: providing a thorough education about cars, inside and out, for anyone and everyone who wants to enjoy them. And that mission is what’s garnered Donut a dedicated audience, crowning the company a YouTube Millionaire in just two years.

In recent months, Donut Media’s channel has been averaging more than 15 million views monthly, and it has also gained at least 100,000 subscribers per month since March 2018. Currently, Donut produces four weekly shows — WheelHouse on Mondays, Miracle Whips on Tuesdays, Science Garage on Wednesdays, and Up To Speed (hosted by Pumphrey) on Thursdays.

But of course, the Donut Media team is looking forward to the future as its channel continues to surge in popularity. Here’s what Levin, Wood, and Pumphrey have to say about hitting this mile marker, and where the road leads from here.

James Pumphrey: It’s kind of surreal. I never thought I would be a ‘YouTuber,’ so reaching a million subs wasn’t really a goal of mine until we got close. The thing that blows me away is that behind every one of those subs is an actual person who wants to be notified every time we make stuff. It was huge for me when I realized kids watch our videos on the school bus, and when we started getting messages from kids saying that we are the reason they got into cars. Being young and figuring out what you like and who you are is such a crazy thing, and I’m blown away that we’re a small part of that.

I love Donut, and more importantly, the people I work with, more than anything. This place and this job absolutely changed my life. All I can say is thank you. So much.

TF: How did the four of you meet?

Matt Levin: Building the team at Donut has been an ongoing process. The channel today is really an outgrowth of when we were more a production company for brands. At that time, Jesse was a shooter for us and James was a writer, mainly working on sales pitches and branded content. Up To Speed was a side project that became this huge success and really changed our trajectory — pretty quickly, it became our focus. That was really the birth of the Donut most people know, and it was barely over a year ago. I think we had about 85,000 subscribers then!

TF: Similarly, what got the four of you interested in cars? How did you decide to take that love of cars to YouTube and launch a channel?

Jesse Wood: A few of my earliest memories are buying Hot Wheels toys with my dad. We’d repaint them, and so I always loved the art and design and form of expression that cars could represent. In high school, working on cars, I always loved it, but cars are expensive, so filming them was a way to continue that expression more affordably and explore it across a wider array of cars than just my personal vehicle.

JP: My dad would always point out cool cars to me when I was a kid and tell me something about them. He knew a little bit about a lot of stuff. He always had something interesting to drive, even if it wasn’t expensive, it was interesting. That was important to him, and I guess it rubbed off on me. I moved to Los Angeles to be an actor and a comedian; I worked for about 12 years in that industry, and always wanted to combine my love of cars with comedy.

TF: What do you think makes you guys stand out despite all the noise on YouTube?

ML: I think we, like many channels on YouTube, have been fortunate to find an audience, and we have really doubled down on listening to them and giving them what they want. That has pushed us into this very informative direction, because that’s what our fans tell us they enjoy!

JW: Building on that — educational and weird. We all grew up watching YouTube, and all the weirdness that came along with the early internet, and I think the traditional formats for automotive content tend to stray away from that. Instead of avoiding it, we really try to lean into it.

TF: What’s your favorite car you’ve driven for the show? What about most expensive? What model (or make) do fans really seem to respond to?

JP: I’d say our audience really responds to JDM cars from the ’90s and early 2000s. Those are the cars that were on my wall as a kid, and I think our audience likes what we do because they see themselves in us. I haven’t been in too many of their bedrooms, but I assume they had the same posters.

TF: You post a significant number of videos that are educational in nature, meant to teach your viewers about how their cars work. Why is it important to you that you provide this kind of content?

ML: Absolutely! One of the things we all hated about car culture is how much gatekeeping goes on. Like if you don’t know all the details about every model of car, you aren’t welcome into the conversation. That sucks! Communities shouldn’t be focused on keeping people out. Our goal with Donut is to bring new people into car culture, and it’s actually really hard to learn the basics if you didn’t grow up with it. That’s why our shows have been all about teaching people everything they need to know about the science and history of cars.

JW: Yeah, for James and me, at least, half of the experience of ‘working on cars’ is spent Googling stuff, haha. Figuring out how and why certain things work — and I really don’t think that there should be any shame in not knowing how something works. A lot of the joy of cars is the process of figuring them out.

JP: Not everybody has a dad or an older sibling to teach them the difference between a turbo and a supercharger. Kids are mean, and I think people get made fun of a lot for asking questions. As of now, our programming is focused on providing enough information for someone to enter the conversation, and hopefully it inspires them to research and learn more.

JW: The quick turnarounds and constant churn is really fun. It really allows us to try a lot of new things and forces us not to be too precious about anything. Similar to figuring out cars, we’re figuring out which content works and why, and YouTube is a great platform to do that on.

JP: Jesse pretty much nailed it. I come from a more ‘traditional’ media background, and projects would take months, even years, to go from concept to product. At Donut, if we wanted to, we could shoot something in the morning and put it up in the afternoon. Our channel is ours, and no one can tell us what to do with it.

TF: What’s next for Donut Media? Any big plans?

ML: We’ve got lots of big plans — the past year has really just been the foundation. First, there will be a LOT more shows coming from Donut. We love the shows we’re making, but we feel like we’ve only just scratched the surface of how much there is to say about cars. And we’re doing tons of new stuff — in addition to really expanding our merch, we’ve got big plans around podcasting and live events!

JP: I’d like to quadruple our content in the next year — and tour. I’d also like to get a dog, start exercising, and maybe find a girlfriend.

You can add yourself to the ranks of Donut Media’s more-than-a-million YouTube subscribers at their channel YouTube.com/DonutMedia.