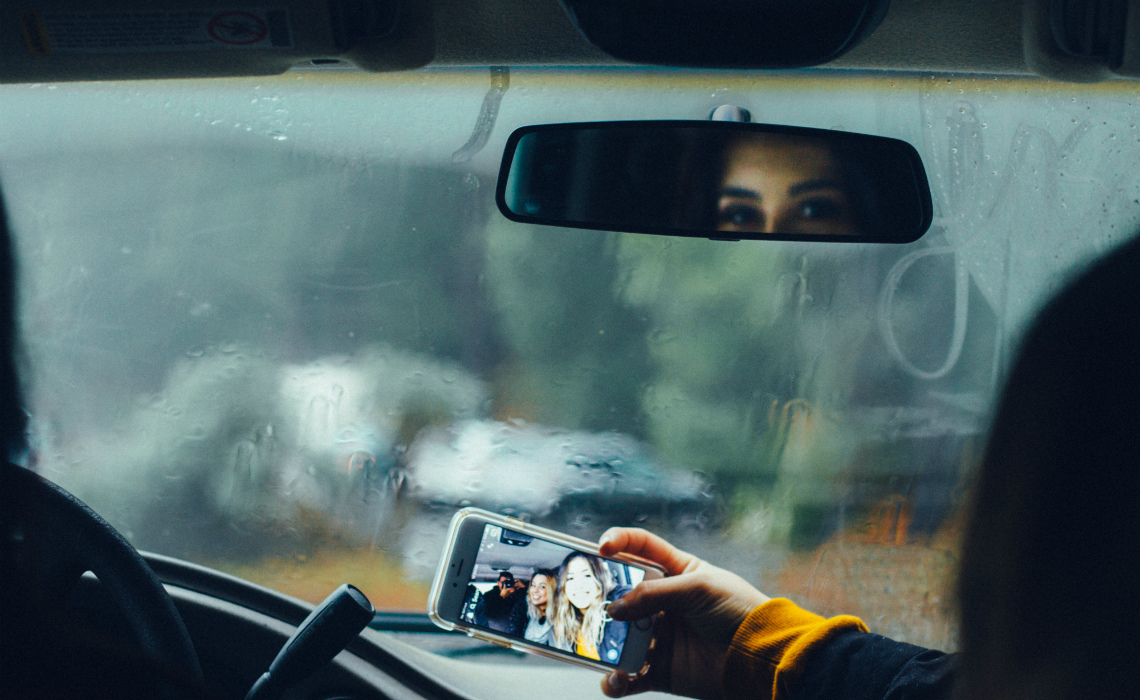 8% Of People Admit To Watching YouTube Videos While Driving, As Vlogging Behind The Wheel Runs Rampant

The study, run by online driving education site DriversEd.com, also found that 18% of drivers admit they check social media apps like Instagram and Facebook, which of course also have video components, while driving.

A spokesperson for DriversEd.com says, “There’s an argument to be made that, in 2018, distracted driving is actually a worse problem in America than drunk driving.” She adds that the stats about YouTube and Netflix are particularly “shocking,” and says “these drivers may as well be playing behind-the-wheel Russian roulette,” Parade reports.

While these stats may be new, the tie between driving and videos on YouTube and other platforms is not. Vlogging from within a car — often while driving — is common on social media, and has become more common in traditional media as well, like in The Late Late Show with James Corden’s ‘Carpool Karaoke’ series, where Corden and musically-inclined guests drive around Los Angeles while singing. (The concept has been copied by big-time YouTubers, including Jake Paul.)

Vloggers use dash cams and handheld cameras or phones to record themselves chatting, and, for viewers, the fairly intimate atmosphere of being “in” a YouTuber’s car with them is appealing, Slate reported earlier this year. Livestreaming while driving and watching videos while driving of course aren’t the same thing, but they both allude to the ways in which creators and viewers alike seem to be unable to put down their devices, even in potentially hazardous situations.

The practice has had visible consequences. Earlier this year, YouTuber David ‘LameDuckG’ Slavitt was streaming live on his channel using a handheld camera when he appeared to turn in to an intersection without stopping — directly into the path of a semi truck. Slavitt survived, but had to be airlifted to a local hospital with severe injuries.

And last year, 18-year-old Obdulia Sanchez livestreamed herself on Instagram driving while intoxicated. She, like Slavitt, crashed her car. Unlike Slavitt, however, not everyone in her car was lucky enough to walk away: her 14-year-old sister, Jacqueline, was killed instantly. Sanchez was later sentenced to six years and four months in prison for gross vehicular manslaughter, driving while intoxicated, and child endangerment.