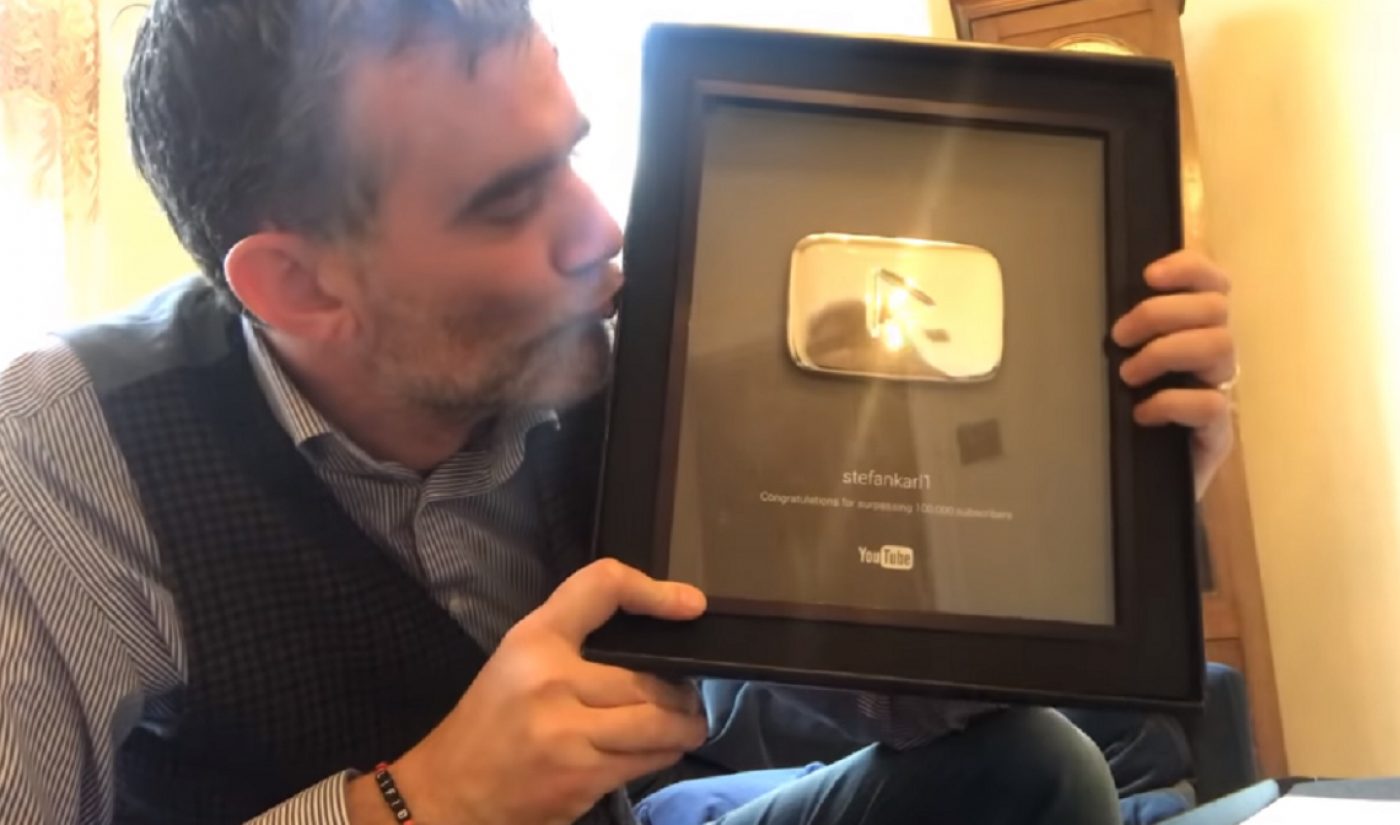 Thanks to an organized push from fans, late actor Stefán Karl Stefánsson’s YouTube channel has hit one million subscribers. Stefánsson, most famously known for his role as the much-beloved-by-fans villain Robbie Rotten in cult fave children’s show LazyTown, passed away in August at age 43 from bile duct cancer, which he’d been battling since 2016.

Stefánsson joined YouTube in 2009, and though he wasn’t incredibly active — he posted 20 videos; more have been added by family members following his death — he had amassed 100,000 subscribers before his death. In one of his last vlogs, Stefánsson showed the silver Play Button YouTube had sent him, thanking his fans for getting him to the milestone. “Next, we need the gold button,” he said. “For that, we need one million subscribers. So, click subscribe and cheer!”

When Stefánsson passed away on Aug. 21, he had around 205,000 subscribers. Fans quickly began organizing on social media to push his channel up to one million, so his family would receive the gold Play Button in his honor. Their efforts were immediately apparent: per internal Tubefilter data, on Aug. 21, his channel gained 59,581 new subscribers; on Aug. 22, 95,985 subscribers; Aug. 23, 55,855 subscribers; and on Aug. 24, a whopping 125,875 subscribers. Prior to that build-up, his largest daily subscriber gain was 81 subscribers on Aug. 19.

All told, Stefánsson’s channel gained more than half a million subscribers in August, and a further 238,000 in September, pushing it to that golden one million.

Tubefilter has reached out to YouTube to see what its plans are for the channel’s gold Play Button, and will update this story with any new information.