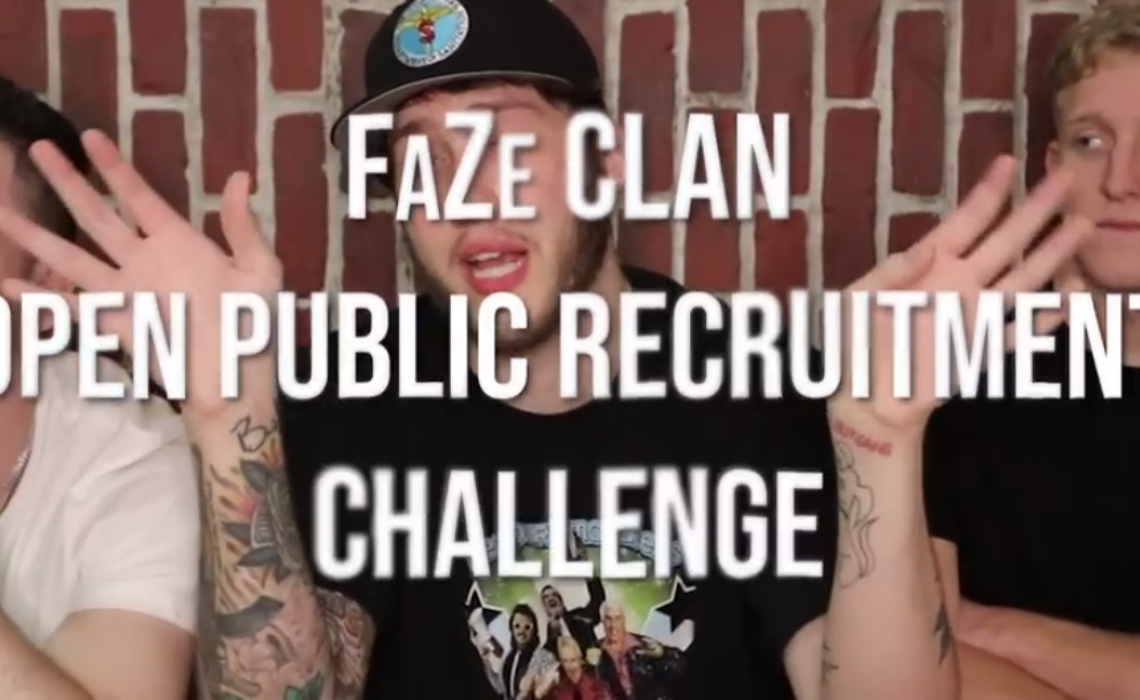 Gaming and vlogging collective FaZe Clan is on the hunt for fresh blood. The clan posted a video on its shared YouTube channel announcing that, in the near future, it will be opening up a public recruitment challenge, from which it will be pulling new FaZe Clan members.

Member FaZe Banks said in the announcement (below) that the official parameters of the challenge haven’t been decided yet, but made it clear that anyone and everyone is welcome to apply. “Whether we already know who you are, or we’ve never f-cking heard of you, if you want it the most, you’ll get it,” he said. “What FaZe really is at the end of the day is it’s a f-cking family, honestly. When people come in, I want it to be the people who want it the f-cking most.”

Banks also tweeted about the challenge.

I wana find kids who live and breathe this shit, who want it more than they’ve ever wanted anything. That’s the foundation FaZe was built on in the first place. That’s who tf we are, for the people by the people. #FAZE5 https://t.co/hrnB356NUr

They do know the challenge will work like sports tryouts, where the pool of applicants will be distilled down, likely to a top 100 and then a top 20, Banks said.

Those who make it into the YouTube supergroup will be welcomed into its high-rolling lifestyle. Banks pointed out that the team has three houses in Beverly Hills, and said they’ve significantly expanded their budget (presumably since their early in-video-game trick shot days, before they really made a name for themselves as professional players with games like Call of Duty: Black Ops II) and have “real big money coming in.”

There’s no hard date for when the challenge will go live, but the team has been introducing a series of new members over the past few days, and said the amount of hype fans generate for those members will factor into how soon recruitment will open.