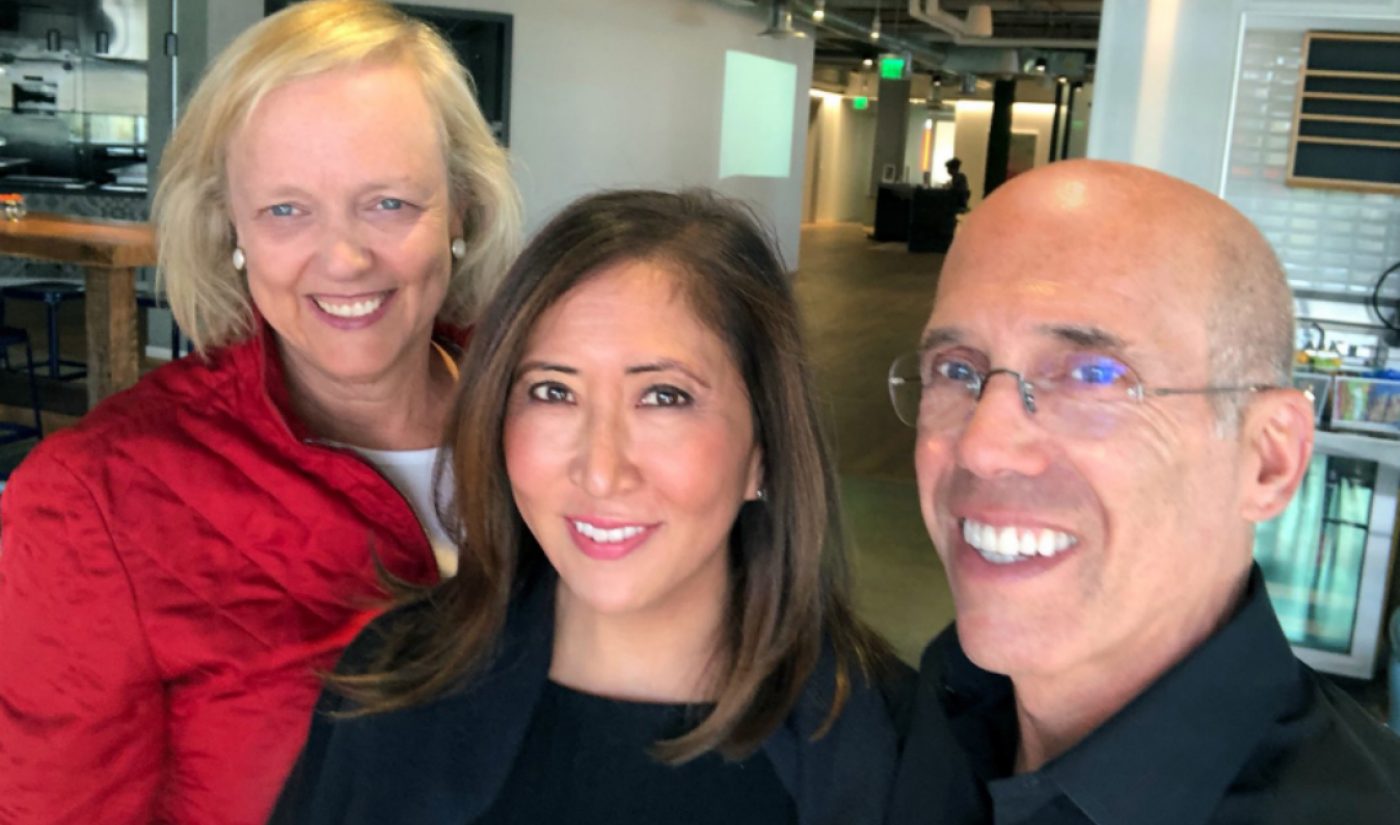 Former co-president of The Hollywood Reporter and Billboard Janice Min is joining WndrCo’s massively-funded mobile video startup NewTV. Her position hasn’t yet been announced, but Min confirmed the news on Twitter this morning, posting a photo of herself with NewTV’s founder Jeffrey Katzenberg and CEO Meg Whitman. Min added, “So yes — you can assume there will be news programming (Hollywood, political, and more) on the platform.”

Min also previously headed up the tabloid US Weekly, and back in April signed on at NBCUniversal as a consultant. NBCUniversal participated in NewTV’s recent $1 billion funding round, which also attracted the likes of Disney, Viacom, 21st Century Fox, Lionsgate, MGM, and Sony.

Some news: I’m officially joining @megwhitman and Jeffrey Katzenberg’s new venture on Monday. So YES – you can assume there will be news programming (Hollywood, political and more) on the platform. Stay tuned… pic.twitter.com/Aq3ONyVxrV

Katzenberg said the platform, which is planned for launch sometime in 2019, is pulling in support from large studios because “we have built a licensed model that is highly, highly appealing to them.” Katzenberg has also said NewTV doesn’t intend to compete with Netflix, and that its episodic programming — which will span a large swath of genres, as well as scriped and unscripted shows — is meant to be consumed via smartphone in “chapters on the go.” (WndrCo is a holding company that will serve as NewTV’s parent entity.)

New details show that NewTV will have a subscription model similar to Hulu’s, where the lower tier subscription will still have ads. Whitman told Deadline pricing isn’t decided yet, but the team wants to make it “affordable for a diverse group of viewers.”