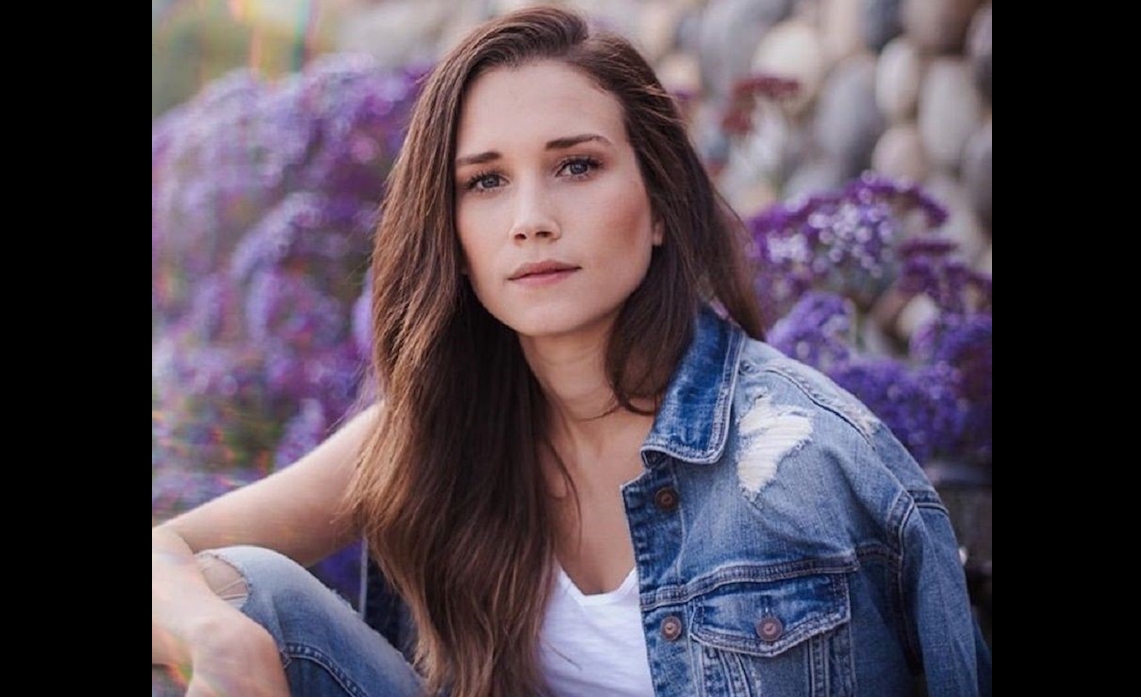 In this installment of a new and occasionally occurring Creators for Good series, Lina Renzina – who handles Talent Relations and Partnerships at the Ad Council – will sit down with creators to learn more about how they’re using their voice to make a difference. And for more on the What and Why of the series, check out the first installment right here.

Shannon Beveridge rose to recognition when she boldly shared the story of her coming out process with the world way back in January 2012 via YouTube under the banner of nowthisisliving. Her introspective look at life and the struggles she has faced have become a beacon of hope to anyone who has felt a bit different.

Today, Beveridge’s content runs the gamut from light-hearted vlogs to hard-hitting gender issues. While she enjoys creating her own material, she’s also tried her hand at acting and her current focus is writing and producing programming that creates more visibility for the LGBTQ+ community. In 2016, she was nominated by the British LGBT Awards in the of Outstanding Contribution to LGBT+ Life category. Beveridge also won the 2017 Shorty Award for LGBTQ YouTube Channel and she brought home the award for LGBT+ Celebrity Rising Star from the British LGBT Awards.

I sat down with Beveridge to discuss what social activism means to her and how she’s shares LGBTQ+ and mental health awareness content on her channels.

Lina Renzina: Why is social activism important to you?

Shannon Beveridge: This is the first time in history that an average citizen has the ability to reach the masses via social media. The right message can easily go viral even if you don’t have a huge platform. It’s important for us to be passionate and share the causes we believe in (respectfully, of course,) because we have all the power we need in the palm of our hands now. It’s pretty incredible if you think about it.

LR: What does Now This Is Living mean to you?

SB: I spent so much time when I was younger feeling like I was living someone else’s life. When I finally started the coming out process, I felt like I was finally living…so now this is living.

LR: How did you get started as an LGBTQ YouTuber? And what made you decide to take to YouTube as a platform?

SB: When I was going to college in Oklahoma I wasn’t ready to start talking to people about my sexuality. I didn’t think I was in an environment where I’d be accepted…so I stumbled online. I originally started blogging my coming out process on Tumblr and turned out people were interested in seeing how coming out in a sorority was going to work out. Go figure! There was a minute there where I had two accounts. One where my college friends followed me on, and one where I was sharing content about coming out. I was basically the lesbian Hannah Montana living two different realities. YouTube just sort of organically grew out of that. And at some point, it seemed easier to make one video addressing everyone at once!

LR: Where do you see your LGBTQ and mental health advocacy work taking you in the future?

SB: That’s a great question! The only thing I’m 100% certain of is that I want to be helping this community in any capacity for the rest of my life. It’s shaped so much of who I am today, and I owe it to them to keep fighting for equal rights. I never want another kid to have the lonely nights I had. I plan on being an LGBTQ+ advocate for the rest of my life and carrying those values with me through all of my future endeavors, whatever they may be.

LR: What is one thing you want others to take away from your advocacy?

LR: On your YouTube channel, you discuss topics and issues relating to the LGBTQ+ community as well as mental health, and the responses in your comments section are evidence of how many people you reach. Is there a video that’s had a particular impact or that was extremely difficult for you to film?

SB: The first video where I mentioned I have had suicidal thoughts in the past was a lot harder to admit than I thought it was going to be. It was a Q&A and I had seriously contemplated editing that question out of the video. It made me feel extremely vulnerable which is a feeling I have always struggled with. But reading the comments and seeing the reaction to that vulnerability made me realize it was so worth it.

LR: Why do you think talking about mental health, and your own personal experience, is so important?

SB: The older I get the more I realize that everyone struggles. When I was 16 I didn’t have role models telling me that they’d ever been in the same spot I was in. Knowing that you’re not alone in your feelings and that people you look up to have been there too is so important. I think the only way to end the stigma on mental health is to keep having those difficult conversations and continuing to normalize the feelings and experiences that so many of us have had.

LR: When you first started to talk about you’re your own mental health experiences, what was it like? [Was it awkward? If so, why? And how did you get over the awkwardness?]

SB: It was definitely awkward, especially to such a big audience. I realized that the importance of being open and honest was more important than me feeling awkward. There is so much power in speaking your truth.

LR: You’ve talked about the importance of “being there” for a friend who might be struggling with their mental health. What does that mean to you?

SB: It means being available. It means being open-minded. It means making sure your friend knows you’re only a phone call away. Better than that, it means sitting next your friend on the couch so the calls not even necessary! It doesn’t always mean talking or “saying the right thing,” it’s about listening and just being there to let that person know they are loved.

LR: What advice would you give someone who is concerned about a friend who might be struggling, but might not know what to do/how to start the conversation?

SB: Heavy conversations can be stressful and awkward to start but opening the door for them can be so simple. Phrases like, “I’m always here for you if you need to talk” or “you can always talk to me about anything” are super easy and effective.

LR: What has your advocacy taught you about yourself?

SB: My advocacy has stemmed from a place of necessity. There was a time in my life when I was desperately looking for representation within the LGBTQ+ community and for a safe space with people I connected with. Through my advocacy I have realized how important it is to me to continue to give a voice to younger generations and that I have the ability to be the voice I needed as a kid.

LR: You mentioned in your latest coming out video that although it was an uncomfortable and difficult experience, your friends and family members support helped you so much through it. What advice can you give family members and friends for how they can support people in their life that are struggling with coming out to them?

SB: If someone is coming out to you then they are letting you in on a part of who they are. Listen. Even if it’s something that you might not necessarily understand or agree with at that point in time, try to have an open mind. When you don’t know what to say, the words “I love you” are the most powerful. Just letting that person know that regardless of what they’re telling you, it doesn’t change your love for them.