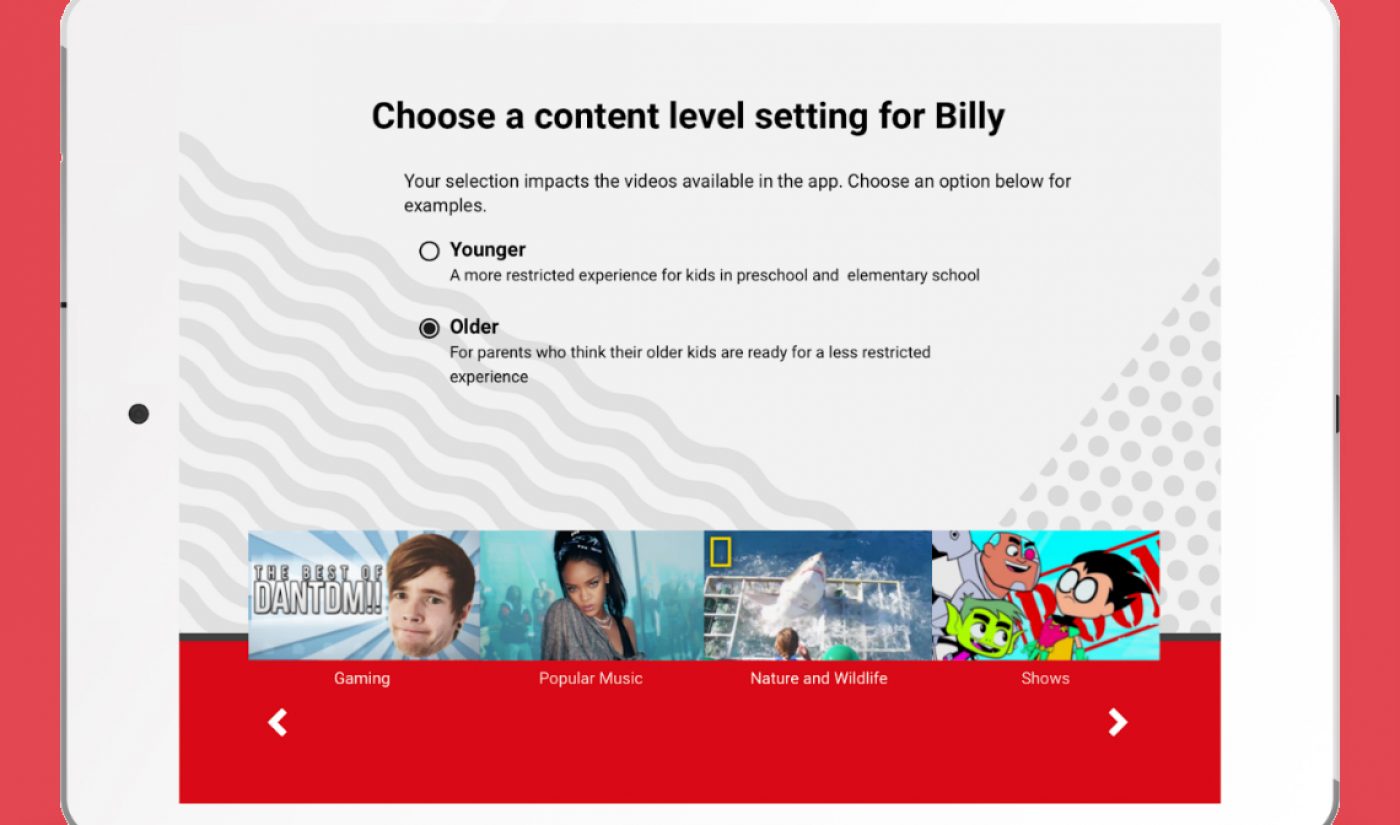 YouTube Kids is rolling out two significant additions today, one of which is an entirely new experience in the app geared toward kids aged eight to 12. The second rollout is that of (previously announced) amped-up parental controls, which allow parents to hand-pick every single video and channel that will show up on their kids’ version of the app.

Before now, YouTube Kids primarily targeted preschool and kindergarten-age viewers. But with the new rollout, it’s adding music and gaming content intended for viewers in their preteens. YouTube Kids users will now see an option to set the age range on the app for ‘Older’ or ‘Younger.’ ‘Younger’ will continue to be the app default, and none of the content specifically rolled out for ‘Older’ kids will show up in the ‘Younger’ version.

This feature is available in the U.S. now, and YouTube plans to expand it globally in coming months.

As for parental controls, this past April, YouTube added a feature whereby parents could automatically limit their kids’ viewership to YouTube-partnered channels like Sesame Workshop, PBS Kids, and Kidz Bop. The feature is officially rolling out today, and also lets parents go through the YouTube Kids library and whitelist any video, channel, or collection of channels that they want to allow their kids to watch.

Parental controls being added today are the result of last year’s ‘Elsagate,’ where journalist James Bridle published an exposé that revealed a large amount of inappropriate content seeded amongst (and made to look like) kids’ videos. In response, YouTube purged more than 150,000 videos and also deleted controversial channels like Toy Freaks.

“We work hard to make videos in the app family friendly, but no system is perfect,” James Beser, product director for YouTube Kids, wrote of the latest features on YouTube’s official blog. “It’s always possible that a parent may find something they don’t want their child to watch in the ‘Younger’ or ‘Older’ experiences. If this happens, we ask that parents block and flag the video for review by our team. This makes YouTube Kids better for everyone.”