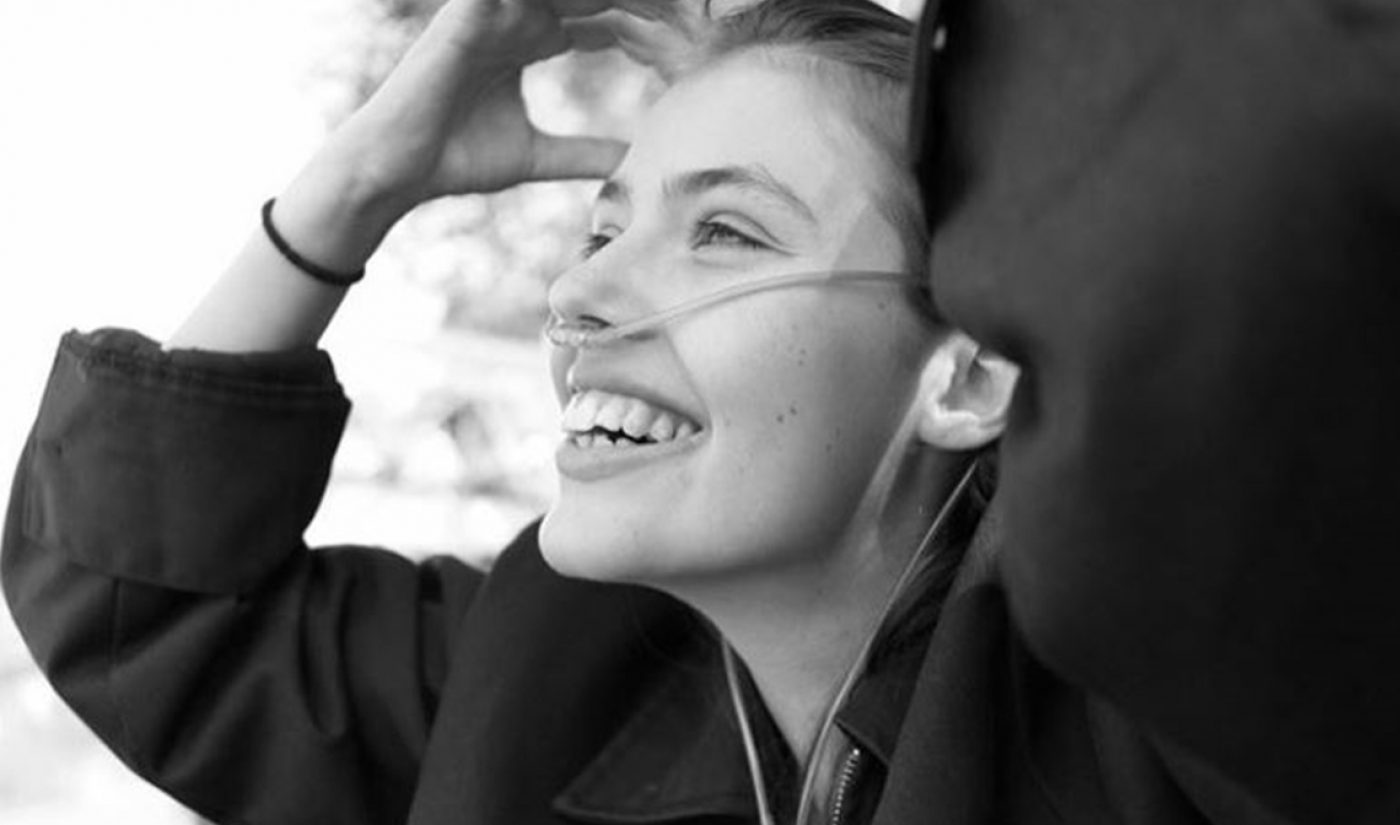 Claire Wineland, the social media phenomenon who shared her battle with cystic fibrosis in brutally humorous videos, will be the subject of a forthcoming documentary from Oscar winner Nicholas Reed.

Wineland, who died last week at age 21 after suffering a massive stroke on the heels of a double lung transplant, had been shadowed by Reed for the past 18 months, with the documentary slated to complete production in November. Reed, who produced the Oscar-winning The Lady in Number 6: Music Saved My Life — about one of the world’s oldest Holocaust survivors — worked with producers Ryan Azevedo, Paul Foley, and Phil Goldfine on the project, according to The Hollywood Reporter.

All proceeds from the film will benefit Claire’s Place Foundation — a nonprofit founded by Wineland when she was just 13 years old that seeks to help other families battling cystic fibrosis.

“When I met Claire, I was totally blown away,” Reed told the Reporter. “With each meeting, we were humbled more and more by her story. We are honored to have worked with Claire and with the blessing of her family on this official documentary that encapsulates the true nature of Claire and her courageous battle to help dignify people who are sick.”

Reed is far from the only one to be impacted Wineland’s singular voice. Last week, Wineland was mourned by some of the YouTube community’s most respected figures, including Casey Neistat, Shane Dawson, and Molly Burke.