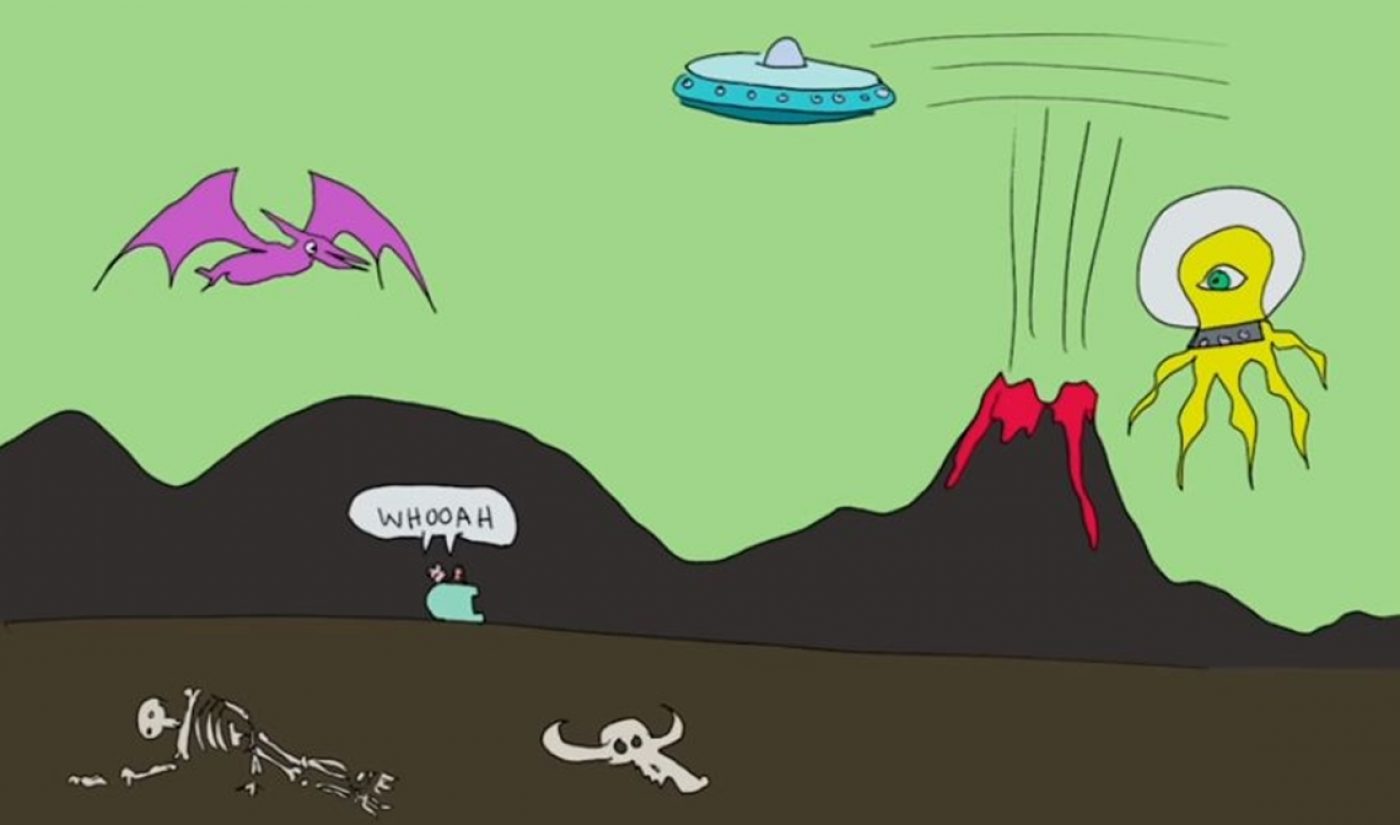 Tenacious D — the rock comedy dup comprising Jack Black and Kyle Gass — are set to release their first new album in six years, and have harnessed their YouTube following to help fete the project.

The album, titled Post-Apocalypto and featuring Dave Grohl on drums, will be accompanied by an exclusive YouTube series of the same name, Revolver reports. A video on their page (below) teases the animated series’ premiere on Sept. 28, complete with crude drawings composed by Black himself. Post-Apocalypto serves as a follow-up to the 2006 cult film The Pick Of Destiny — which also launched alongside an accompanying album over a decade ago.

Post-Apocalypto will find Black and Gass thrust into a world of complete destruction after an atomic bomb has been dropped — though they luckily survived the explosion in an imperishable refrigerator from the 1950s. In order to preserve humanity, Black and Gass must quickly learn about the new forms of evil that were responsible for the blast. Each of the six episodes will also feature music from the Post-Apocalypto album, which drops on Nov. 2, according to Revolver.

This isn’t Black’s first foray onto YouTube; he launched a channel last year, though it has remained completely dormant for the past nine months.

The band will kick off a Post-Apocalypto tour beginning on Oct. 6 in San Bernardino, Calif., and wrapping up on Dec. 31 in Las Vegas. Check out a teaser for the series below: