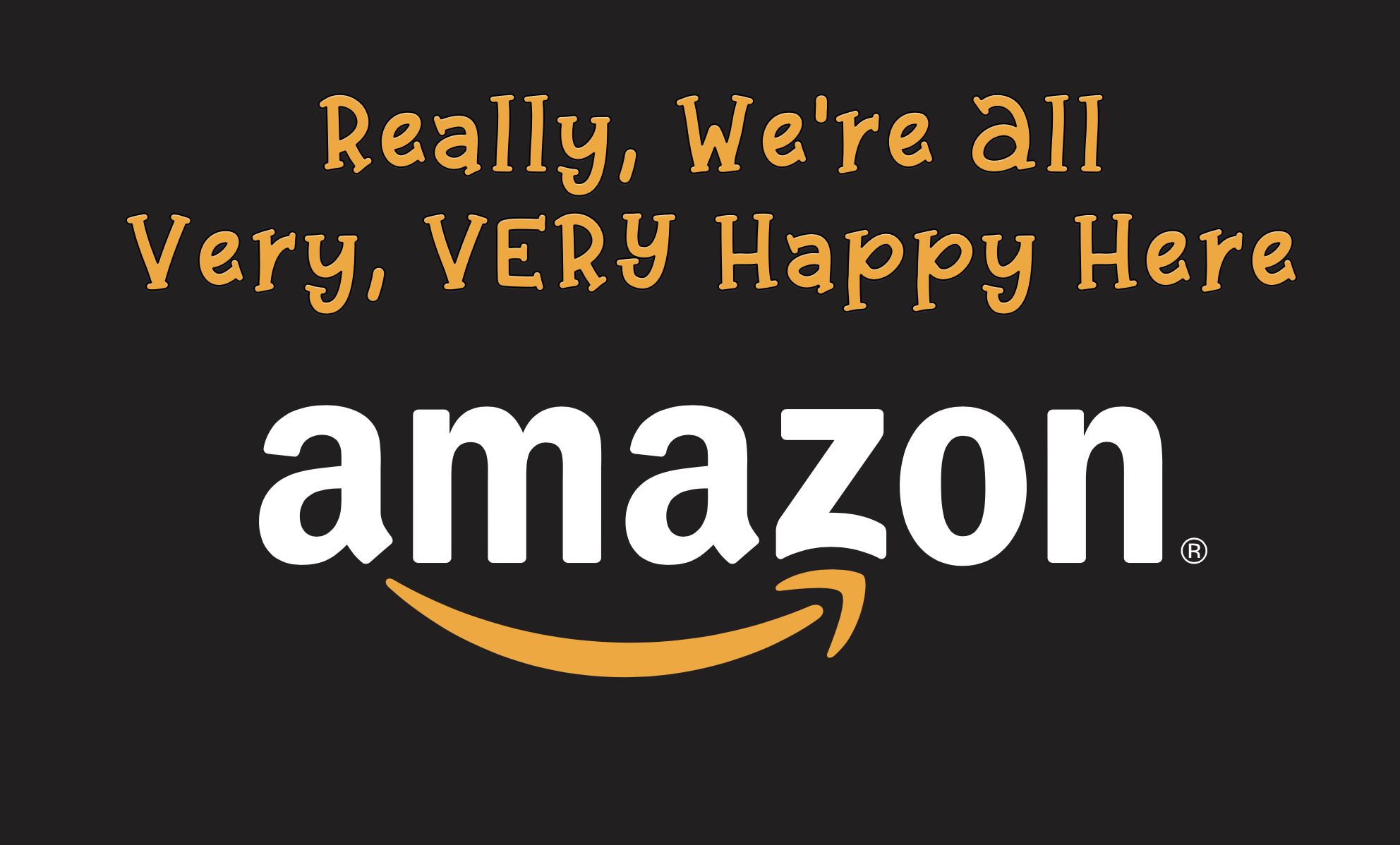 Leave it to modern capitalism to rationalize influencer marketing, too, cutting out those willfully independent middlemen known as online creators and substituting pliable in-house “brand ambassadors.”

The latest tone-deaf trend expression: the Amazon FC Ambassadors, a group of workers in Amazon fulfillment centers paid to tweet (chirp?) happily about how great the pay, benefits and working conditions are.

The group of 14 posters (according to their own say-so) work in fulfillment centers sprinkled around the country. Each has a Twitter account created this month, with a similar name, and typically have attracted fewer than 100 followers. But the ambassadorial corps is clearly finding plenty of people willing to talk about whether they’re real, and their working conditions are really good.

It all seems just a bit too close to The Stepford Wives in its relentlessly upbeat patter. And I’m not sure, in an era when authenticity actually matters more than ever in online conversations, whether this is actually going to achieve what Amazon wants. But that won’t stop the earnest posts from coming.

As @AmazonFCLeo of Jacksonville, Florida told one poster:

There are no ball and chains attached to anyone at the FC I work at . We dont even wear those black and white stripes uniforms. In fact its a very informal dress code and I like that about working here….💂‍♂️

Another bit of good news from FCLeo: in Florida, “we cant work more than 19 hours a week in OT and that means 59 hour week…and OT is not always guaranteed or available.” That must be a relief.

Asked what he thought of CEO Jeff Bezos‘ estimated $157 billion fortune (the world’s largest, unless you count V. Putin), @AmazonFCSean from Ohio wrote:

I never think about what he does with his wealth 🤷🏽‍♂️ it’ll never be my concern. I do know as an employee I use my earning to support my living habits, such as my home rent, car payments and other bills. Even after all that, I’m still able to keep a savings account.

FCSean assured another poster: “I’ve been surviving the past 2 years under amazon’s payroll, no food stamps needed over here.😁” and then in a third post wrote, “‘I’m a real boy!’ (in my best Pinnochio voice) 😂.”

Well, as real as this stuff gets. I can understand the doubt voiced in many reader’s remarks. But the happy posts chirp on.

Many of the FC ambassador corps routinely invite people to tour a fulfillment center: “Come on out and see us……amazonfctours.com,” wrote @AmazonFCMisty in a come-on worthy of an adult site. FCMisty insisted she was “the real deal” and there was “no quota tweeting here.” Also, “Still have my soul. Thank you for being concerned.” That took a load of my mind at least, in terms of both her soul’s presence and quota tweeting’s absence.

The ambassadors give varying answers about whether they’re paid to post. @AmazonFCIsaac wrote:

We are getting paid to tell the truth. That just fine with me… Because the truth shale set you free! 😊👏

And it’s possibly true. But here’s what they don’t do on overtime: tweet. FCMisty sideways acknowledged this is a job: “Hey! I just wanted to catch you before I leave I won’t be back till Thursday. I have way too many things to do on my time off that to be on social media. You know family life and stuff, 2 grand babies, 5 dogs, and all kinds of running around.”

Food Stamps And A $156 Billionaire

The accounts arrived en masse this month after years of investigative news stories pointing out the intense, even brutal work conditions that Bezos has built for his 575,000 white-collar and blue-collar employees.

Current and former fulfillment-center workers around the country have detailed a wide range of alleged issues to reporters, like the common use of “mandatory overtime.” Employees can be written up by managers if they’re caught sitting for even a minute during 10-hour work days. The quota for picking products (120 picks an hour, or two a minute) is rigorously observed, or an employee might be told to work even harder in the next hour to make up for it. Some have complained about limits on bathroom breaks, excessive heat and other poor working conditions. It’s a long way from the (often silly) perks of Silicon Valley tech companies.

Even as Amazon became the world’s second-most-valuable company, and Bezos the world’s richest man, thousands of its employees have had to rely on food stamps to get by. Amazon’s Twitter corps seems to be one of several corporate responses to all that conversation.

The company’s concern is understandable. It’s trying to site a multi-billion-dollar second headquarters somewhere in the country. The last thing Bezos and his brain trust want is bad press about crummy working conditions undercutting its chance to secure millions of dollars in public subsidies in exchange for creating thousands of (potentially yucky) jobs.

Inevitably, awareness of the ambassadors sparked both a rash of bemused news stories and an even bigger rash of parody accounts. “Arnazon FC Ambassador” (who at least wears her intentions on her handle, @FakeNewsGirl) asked in one repost of a TechCrunch story, “Wait which of us is the army of drones here… ” Inquiring minds do want to know, and not just so we have another story for David Pecker’s safe at the National Enquirer.

@AmazonFCCarol of Washington commiserated with a follower:

It would be so nice if they could remove the fake FC Ambassador accounts that have been created in an attempt to continue talking smack. There are only 14 real FC Ambassadors currently enrolled in this program.

FCCarol is a productive poster; by Sunday, she already had tweeted 286 times in this first month. She’s definitely hitting her non-existent tweet quota.

Most of Amazon’s Twitter corps seem to have worked at the company for less than two years, though perhaps that’s just happenstance, rather than the nature of their jobs. Regardless, based on their tweets, Amazon fulfillment centers might be the Happiest Place on Earth, if only that name hadn’t already been taken by another giant company not always known for its gentle treatment of line employees. Isn’t authentic capitalism grand?