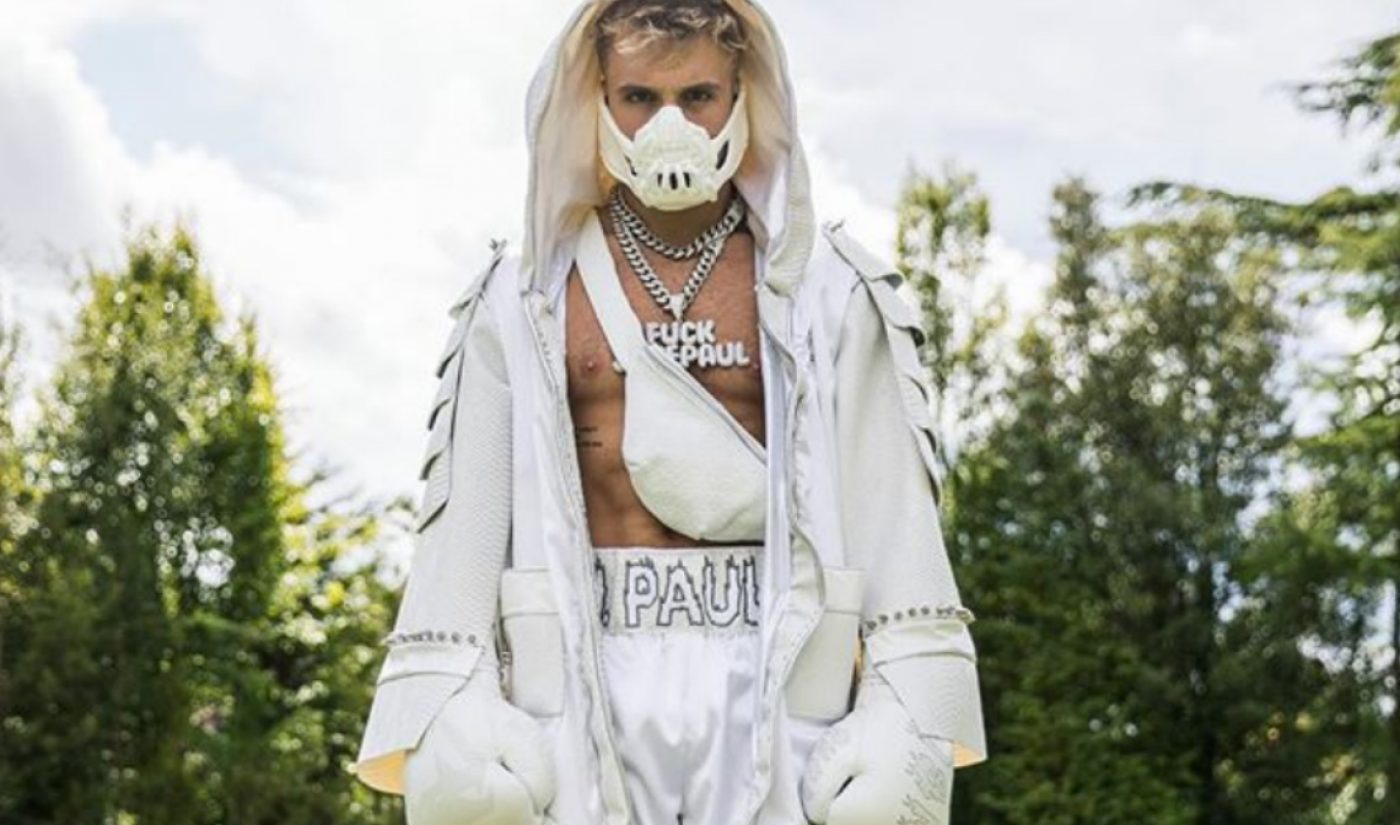 Jake Paul “surprised” opponent Deji Olatunji in their undercard match for the much-hyped Logan Paul vs. KSI fight by coming in strong and sweeping up the win, Olatunji said in a post-fight interview at packed Manchester Arena. Viewership on YouTube‘s pay-per-view livestream shot from the mid-600,000s to more than 800,000 concurrent viewers as the pair battled it out over six rounds, with Olatunji bloodying Paul’s nose early on but ultimately ending the fight defeated.

Though 21-year-old Paul didn’t knock out Olatunji (also 21) in the first round as he told announcer legend Michael Buffer he would during weigh-ins (Paul: 180.8; Olatunji: 174.4), he still put on an impressive show, turning the tables on betters who had him at a significant disadvantage yesterday, per official odds. 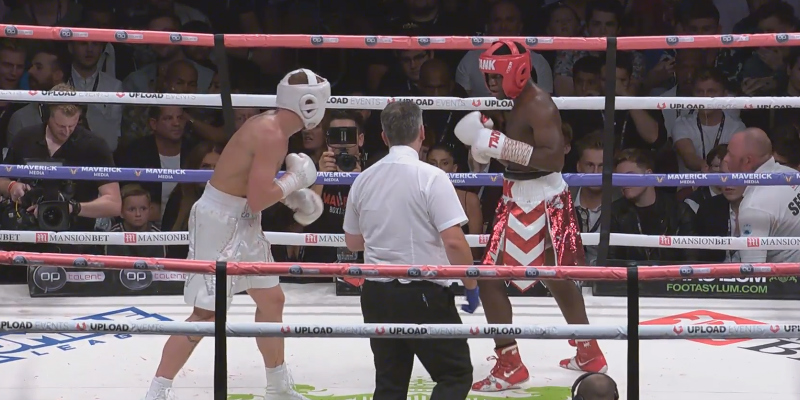 In his winning speech, Paul called out Chris Brown, suggesting he’s already thinking about potential future fights, and mentioned having overcome perceived adversity in the past year, presumably referring to difficulties associated with his vlogger squad Team 10. The Team has been mired in a long period of upheavel, from the departure of twin vloggers Emilio and Ivan Martinez, who claimed Paul bullied them, to a recent lawsuit alleging Paul’s manager Krista Burditt unjustly profited from doing video production in a house Team 10 reportedly trashed.

A large part of Team 10’s business and Paul’s personal brand is merch-oriented, so it’s not a surprise that Paul is using his time in the limelight to launch a new brand: RNBO, aka Rise n’ Be Original.

Paul went heavy on promotion in the ring, entering in an attention-grabbing white jacket emblazoned with RNBO’s logo. His headgear was also RNBO-branded. Aforementioned boxing legend Buffer mentioned RNBO in his introduction for Paul when he stepped in the ring. And Paul shouted out to RNBO in his winning speech immediately after the bout, saying the brand is emblematic of his personal journey over the past several months. He directed fans to ShopRNBO, where he noted they could purchase some very limited edition merch.

RNBO’s Instagram launched today already has 600,000 followers and a collage of Jake decked out in his fight night wardrobe. 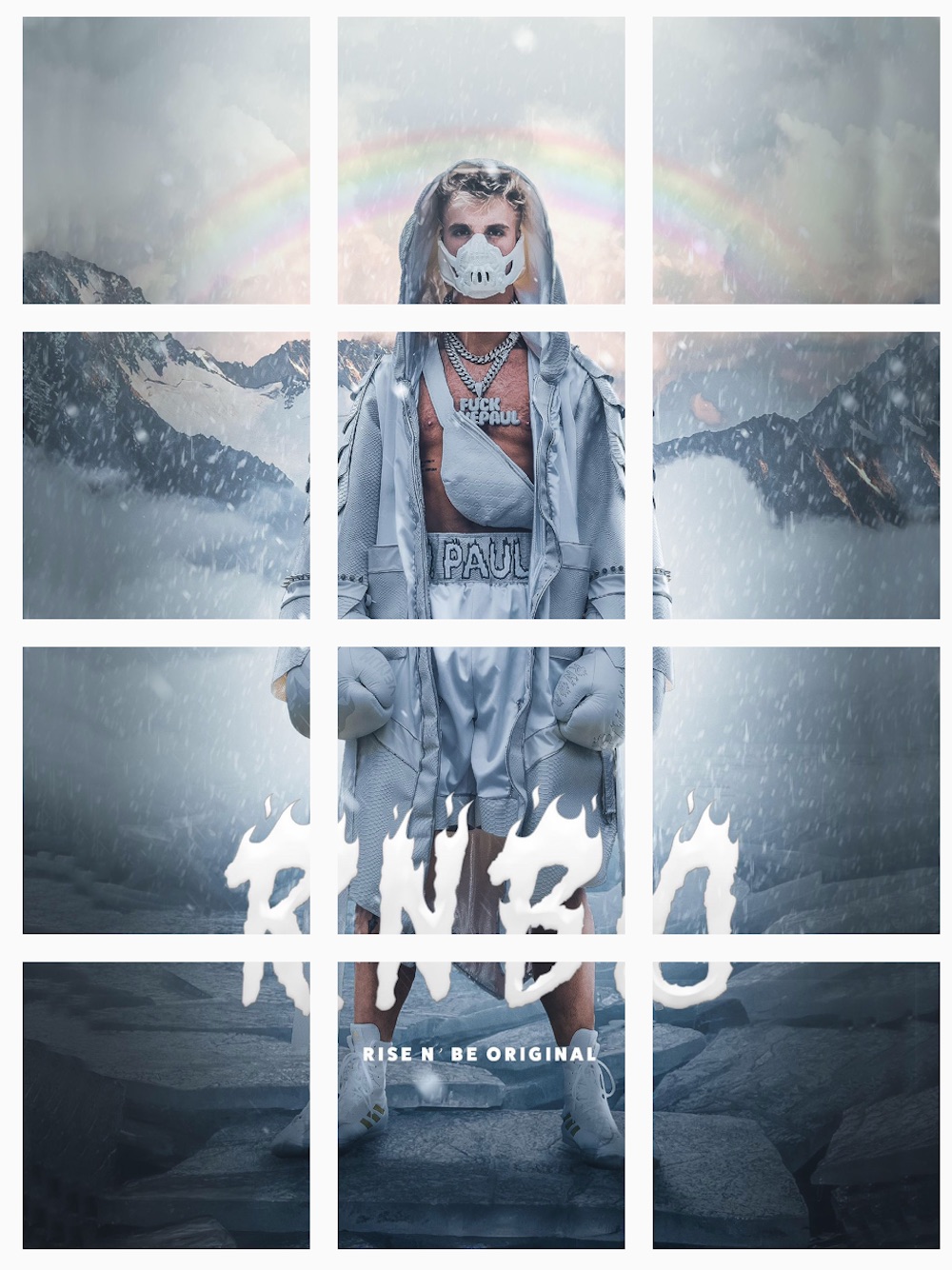