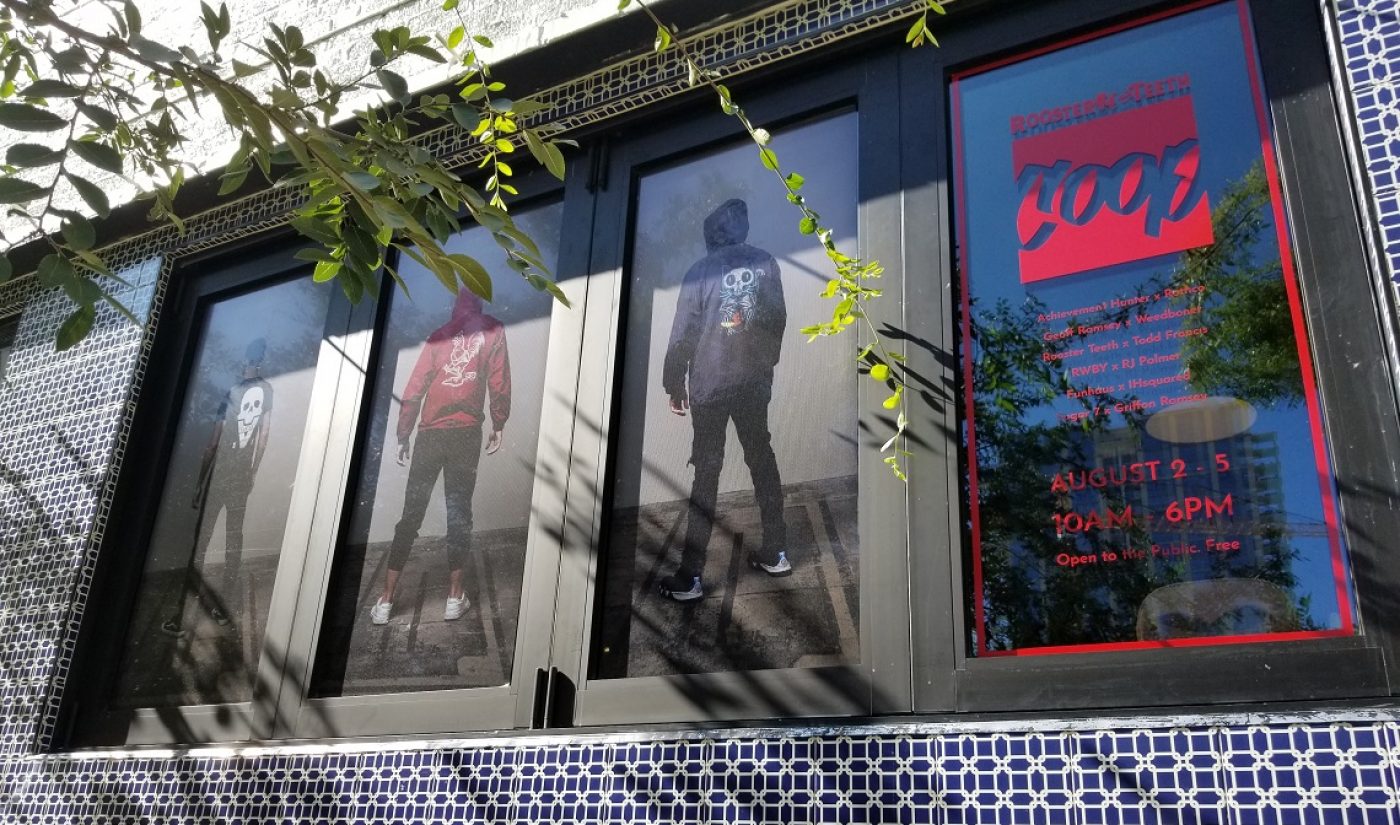 Rooster Teeth is strutting its way into the fashion industry, one pop-up store at a time. In early August, the digital entertainment company hosted its second-ever live retail experience dubbed The Coop, a venture which pulled in more than 10,000 shoppers over the course of just four days.

The Coop appeared alongside Rooster Teeth’s 8th annual RTX convention in downtown Austin, right across from the city’s convention center in a space called the Sunset Room. Originally, the company’s first pop-up store launched in Los Angeles in June 2018 and featured co-founder Geoff Ramsey’s original merchandise designs. Now, Ramsey is one of the leading voices for his company’s expansion into pop-up stores and merchandise aimed at a demographic with a more mature, refined taste in fashion. 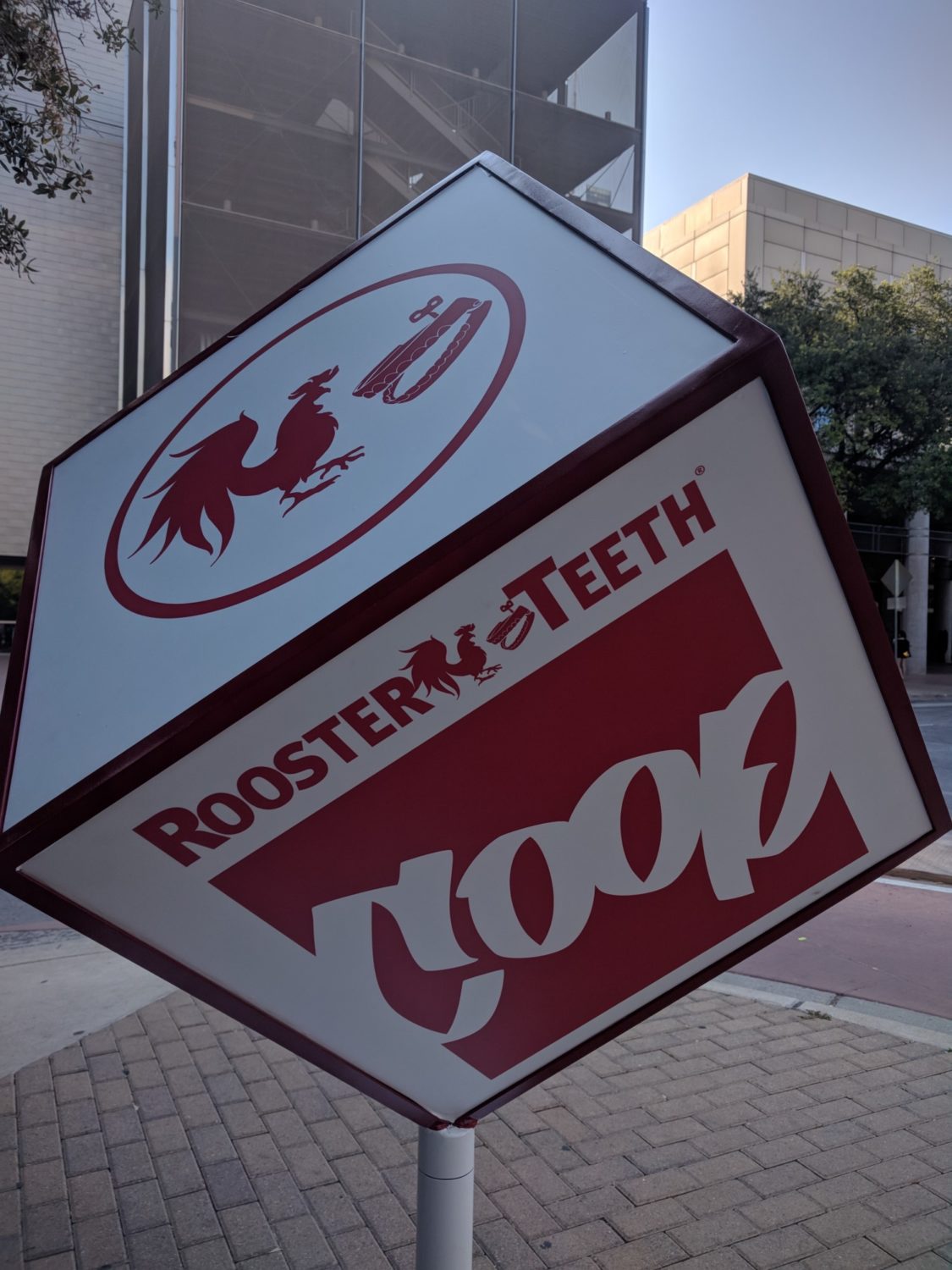 Rooster Teeth’s pop-up store The Coop was just across the street from the Austin Convention Center. (Photo by Bree Brouwer)

“A lot of the stuff you’re going to see in here is meant to be less fandom and more fashion,” Ramsey said to Tubefilter during an interview at The Coop during RTX. “These are clothes for people who don’t necessarily want to have a big Rooster Teeth logo on their shirt, which as a guy in my 40’s, I get — at some point in life, you don’t necessarily want to be a billboard anymore. And so, because we were trying to make some merchandise that was a little bit more fashion-forward and hopefully more accessible to a larger audience outside of Rooster Teeth, we were hoping it might appeal to people in Austin as well, so they don’t have to buy a ticket to RTX just to come see what we think is cool merchandise.”

And merchandise in The Coop could certainly appeal to a wider audience, as many of the lines were developed alongside local or national artists, including RJ Palmer, IHSquared, Rothco, Todd Francis, and Griffon Ramsey — all of whom are popular enough in their own rights for non-RT fans to show up at the store and make a purchase. That being said, the displays were specifically centered around Rooster Teeth lines, including its own titular brand, RWBY, Funhaus, Sugar Pine 7, Achievement Hunter, and — of course — Ramsey’s very own designs, which he worked on with a local artist he admires called Weedboner.

Ramsey pointed out how over the last two and a half years, he’s been working hard to develop and sell clothing he actually felt comfortable wearing in terms of his age and style tastes.

“I just wasn’t wearing Rooster Teeth merchandise anymore, and I’m on camera lot, and they’re always annoyed with me that I’m not ‘supporting the company,’ and you’re like, ‘Yeah, but I’m in my 40’s, and I don’t want to wear a t-shirt with a cool sword on it, necessarily.’” By the time he said he was “addicted to the idea of creating what I wear,” he started recreating his childhood through different lines of wear. The Coop’s Geoff Ramsey collection, therefore, displayed his 1984 Powell Peralta-vision streetwear “skate punk phase.”

As for the name The Coop? “I assume it’s because it’s a chicken coop,” Ramsey said with a shrug. “All the artistic little t-shirt chickens get in a coop together.” 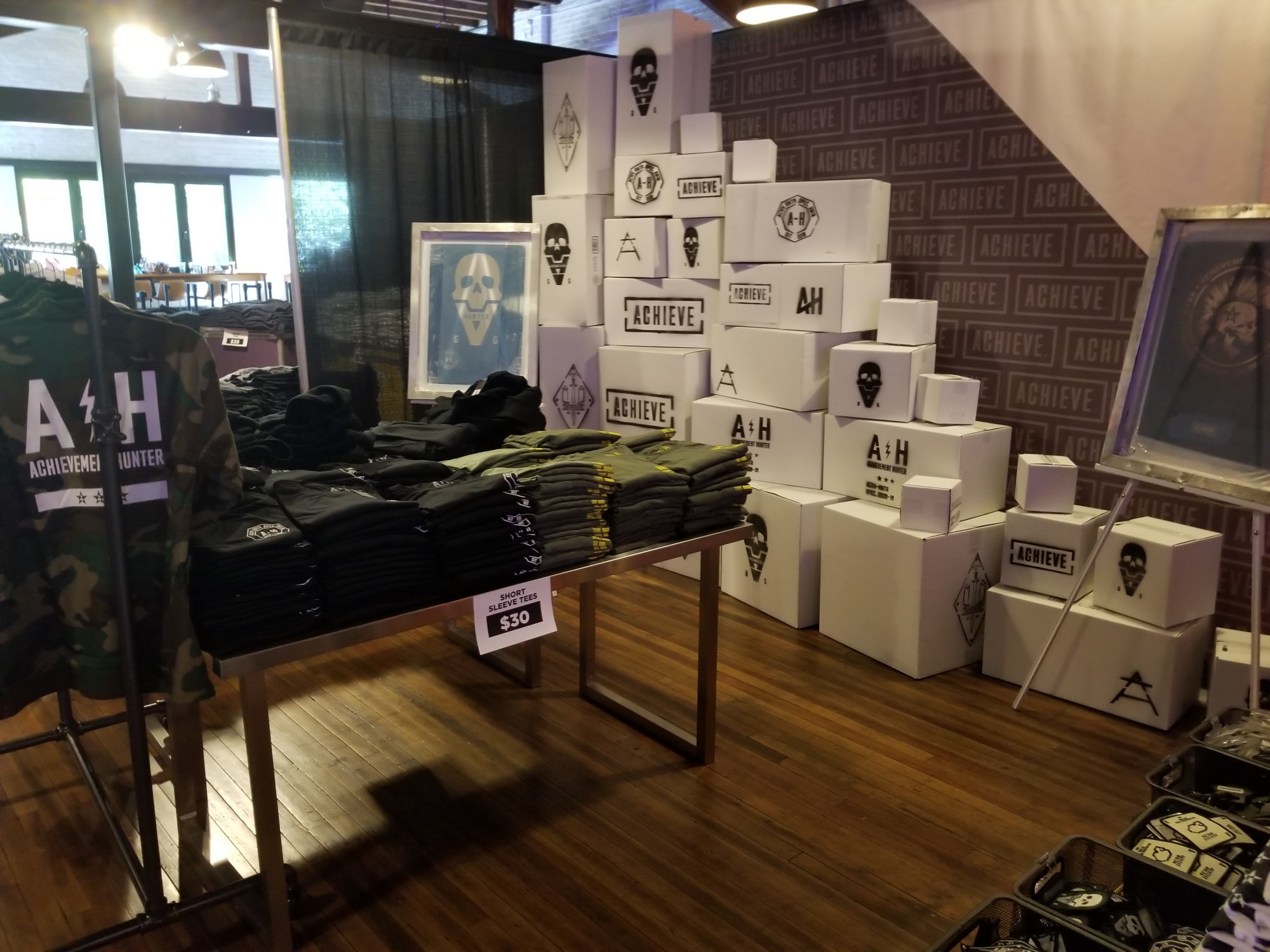 Inside The Coop were displays for various Rooster Teeth properties, including Achievement Hunter. (Photo by Robert Nash) 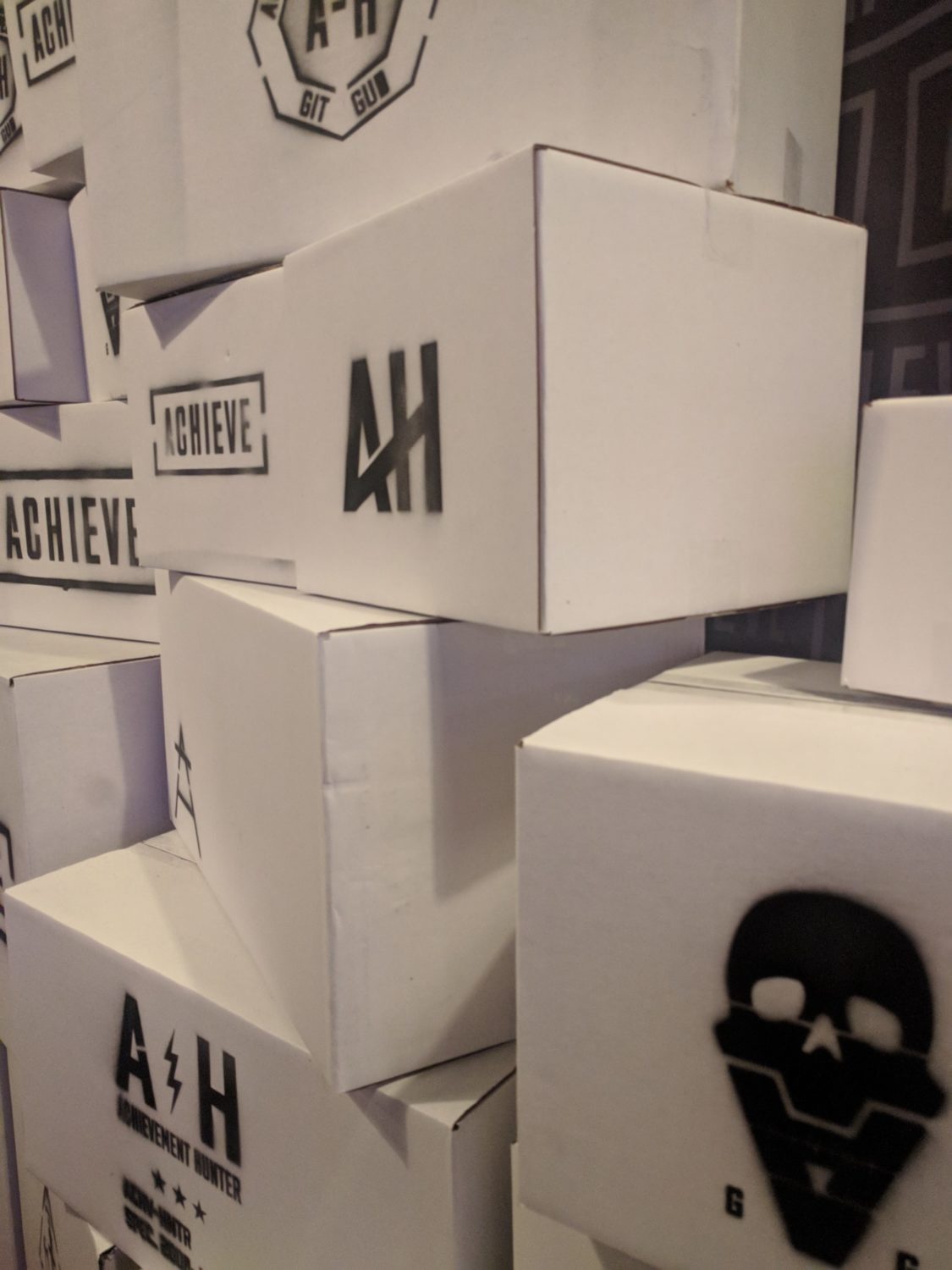 Achievement Hunter’s merchandise at The Coop was military-themed thanks to a partnership with Rothco. (Photo by Bree Brouwer) 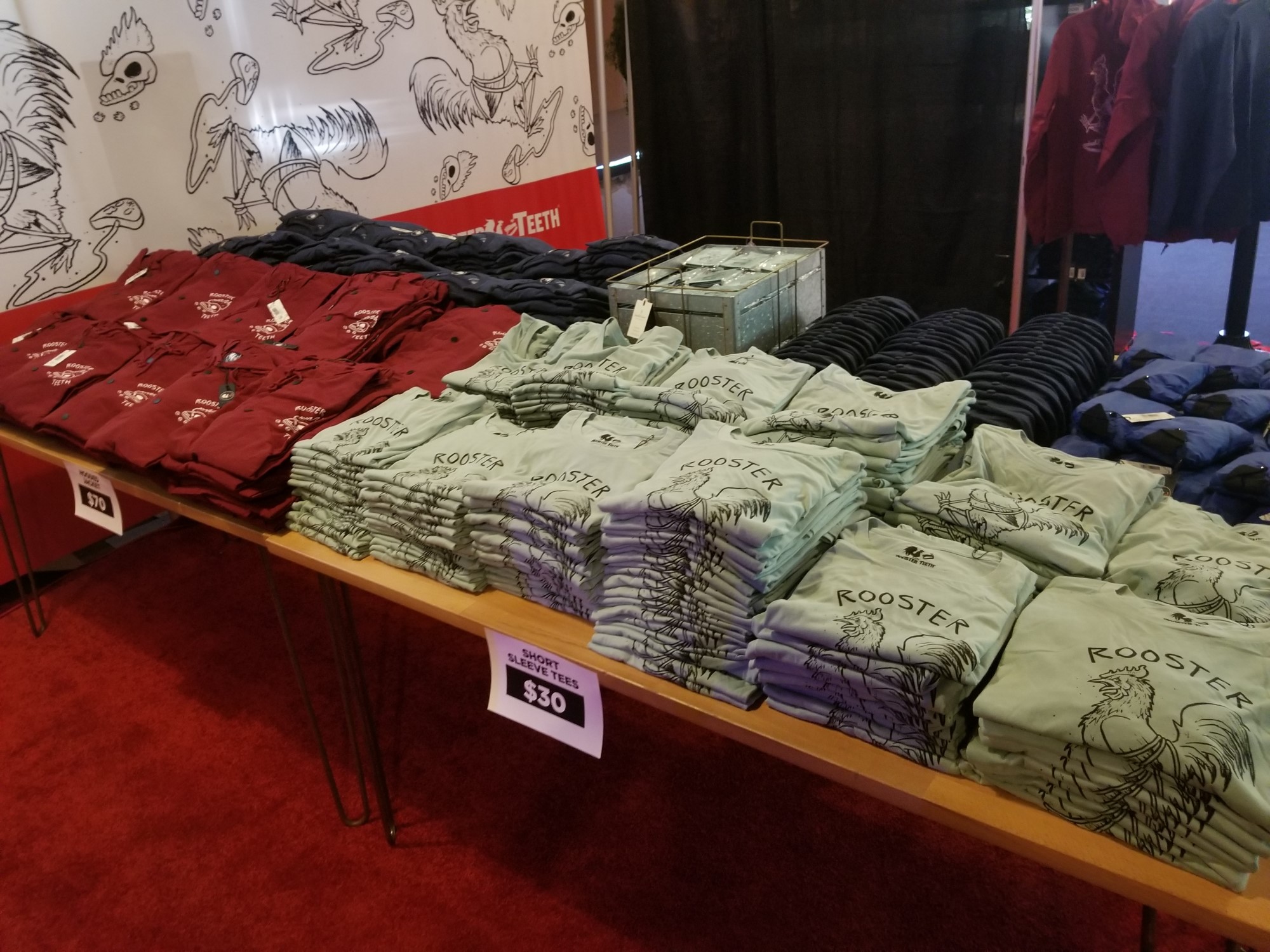 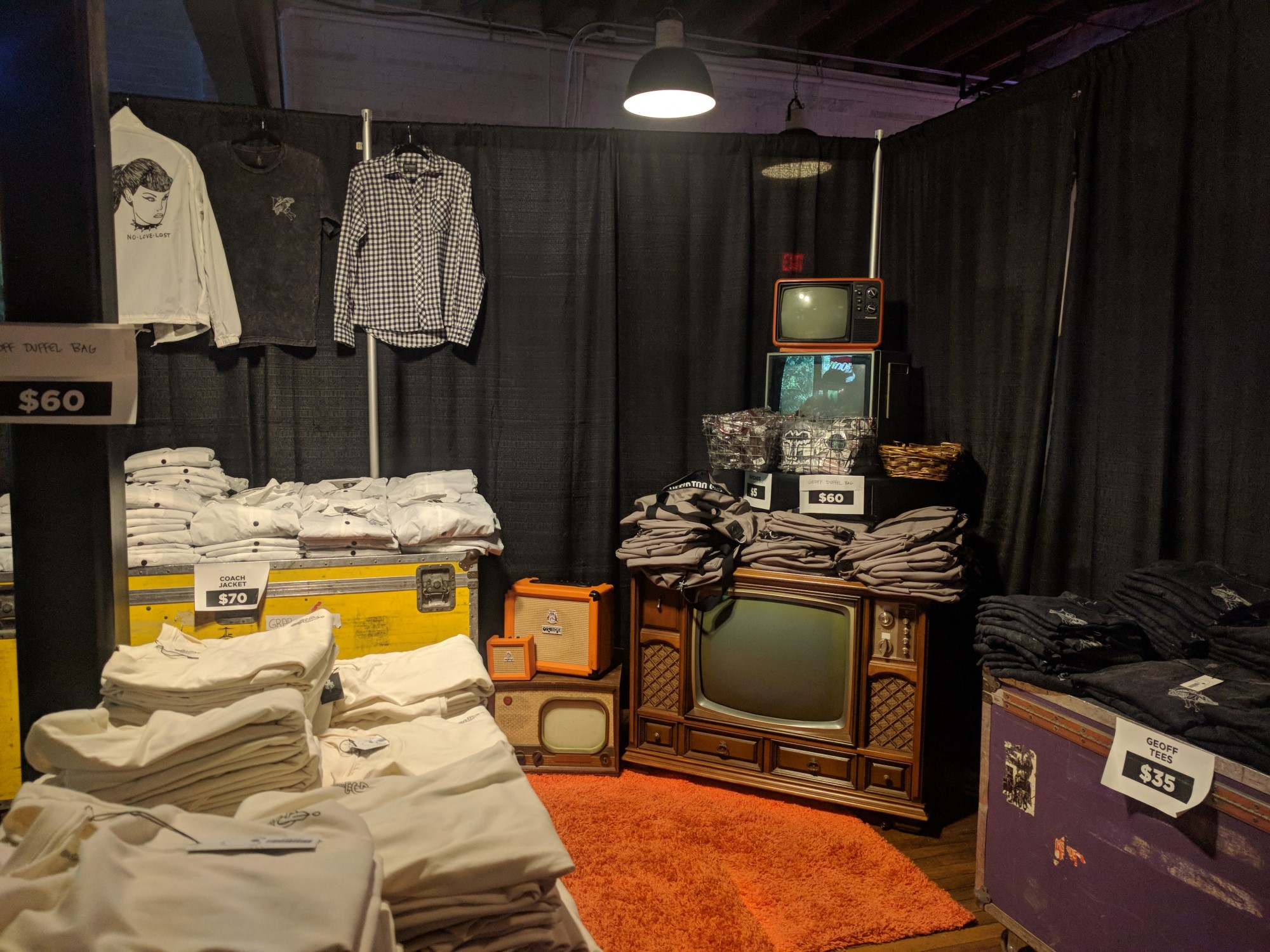 Geoff Ramsey’s collection was a collaboration between the Rooster Teeth co-founder and local Austin artist Weedboner. (Photo by Bree Brouwer) 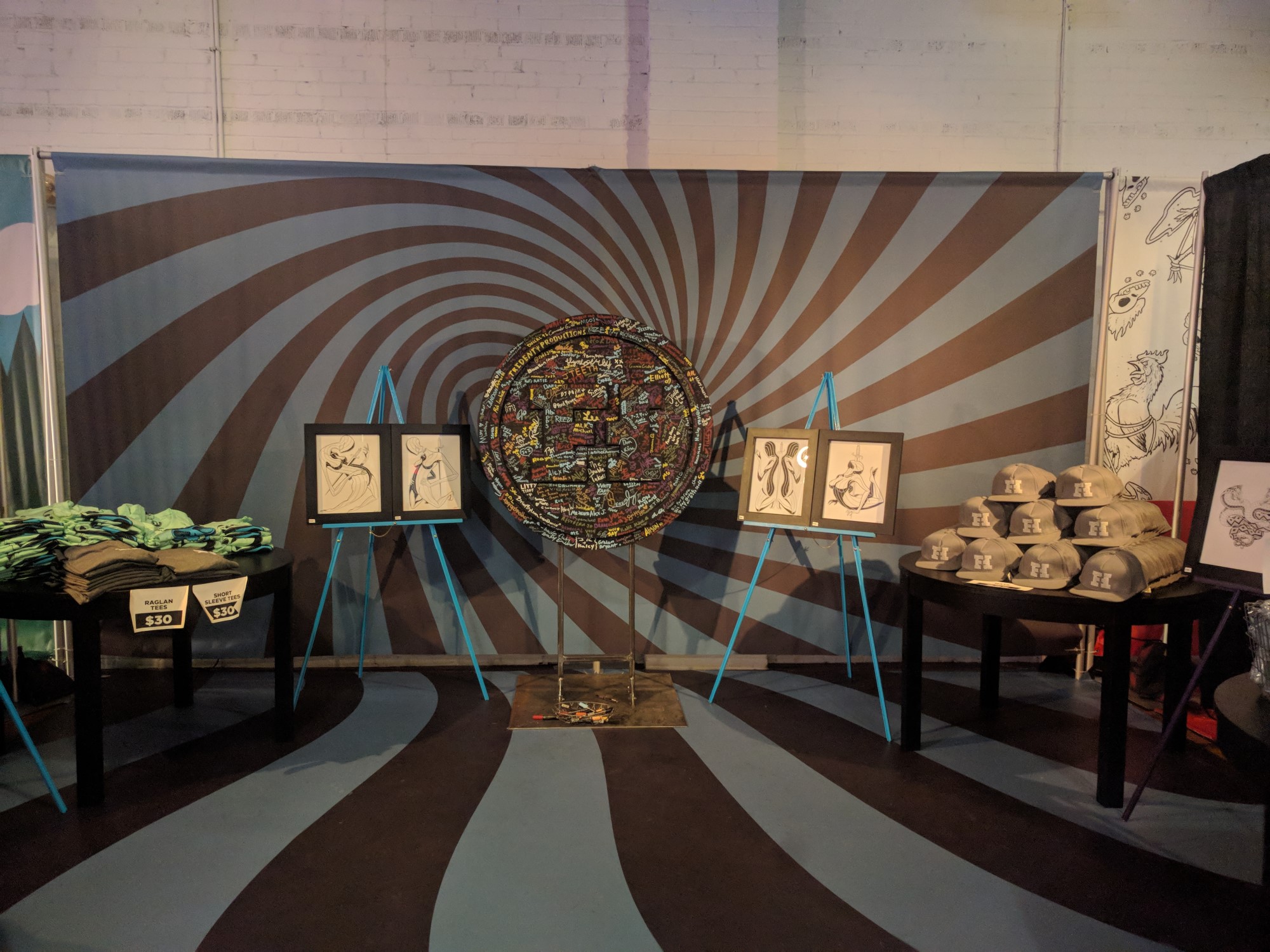 Funhaus’s psychedelic display boasted various items designed by IHsquared and featured a large round logo for fans to sign. (Photo by Bree Brouwer) 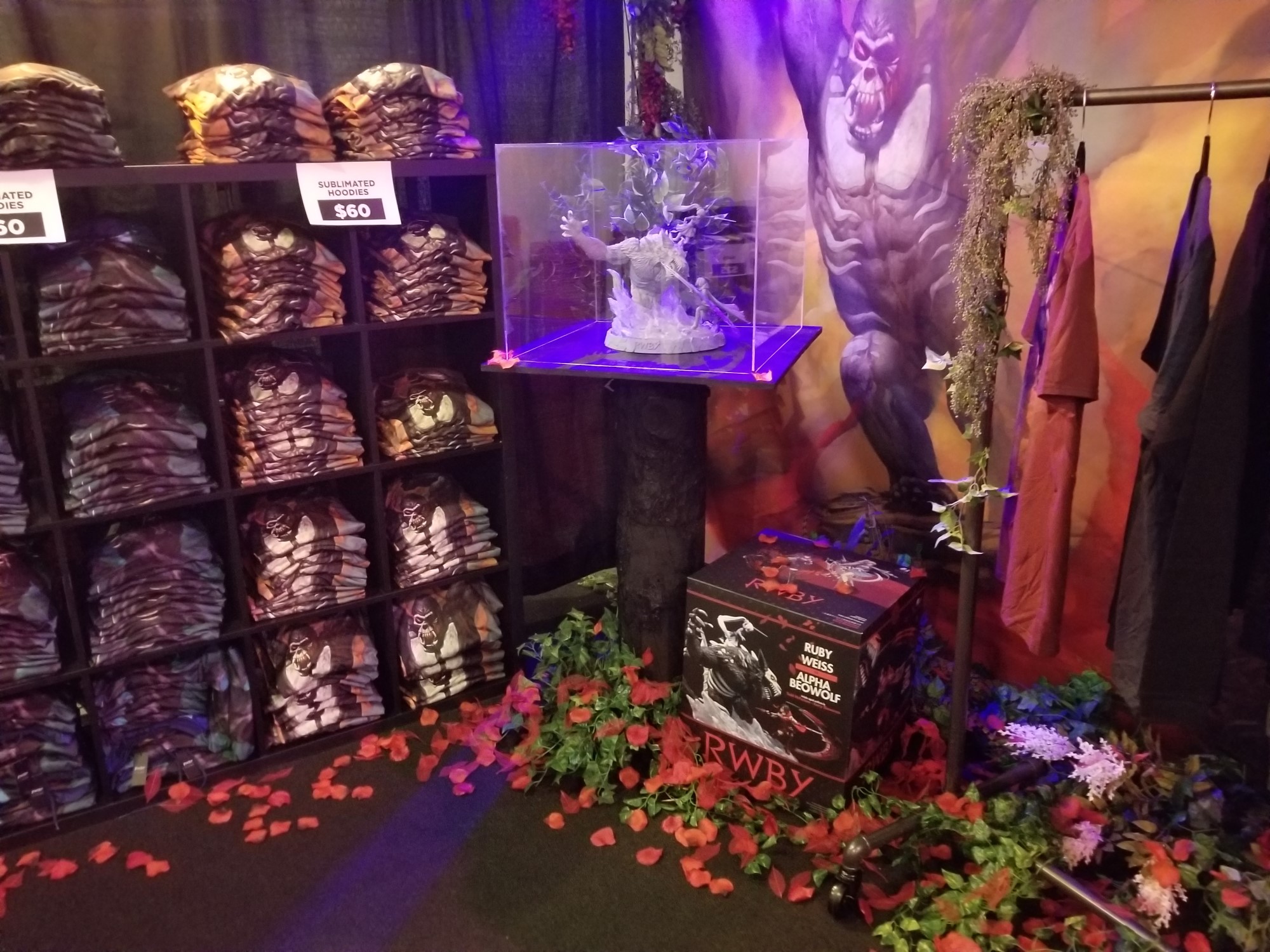 On display at the RWBY section was a detailed model shoppers could pre-order from Rooster Teeth. (Photo by Robert Nash) 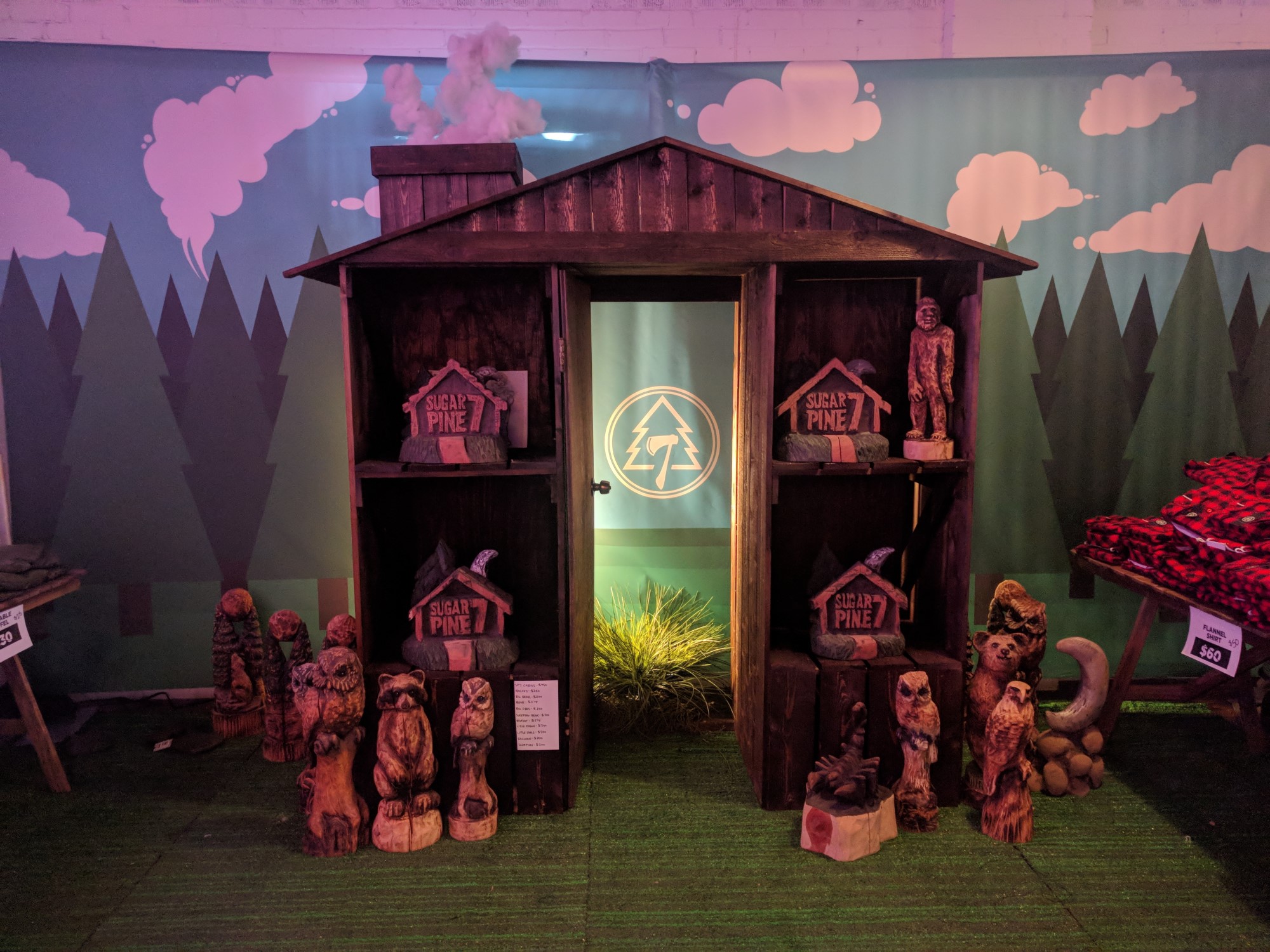 The Coop’s last section included merchandise based on the Suger Pine 7 property. (Photo by Bree Brouwer) 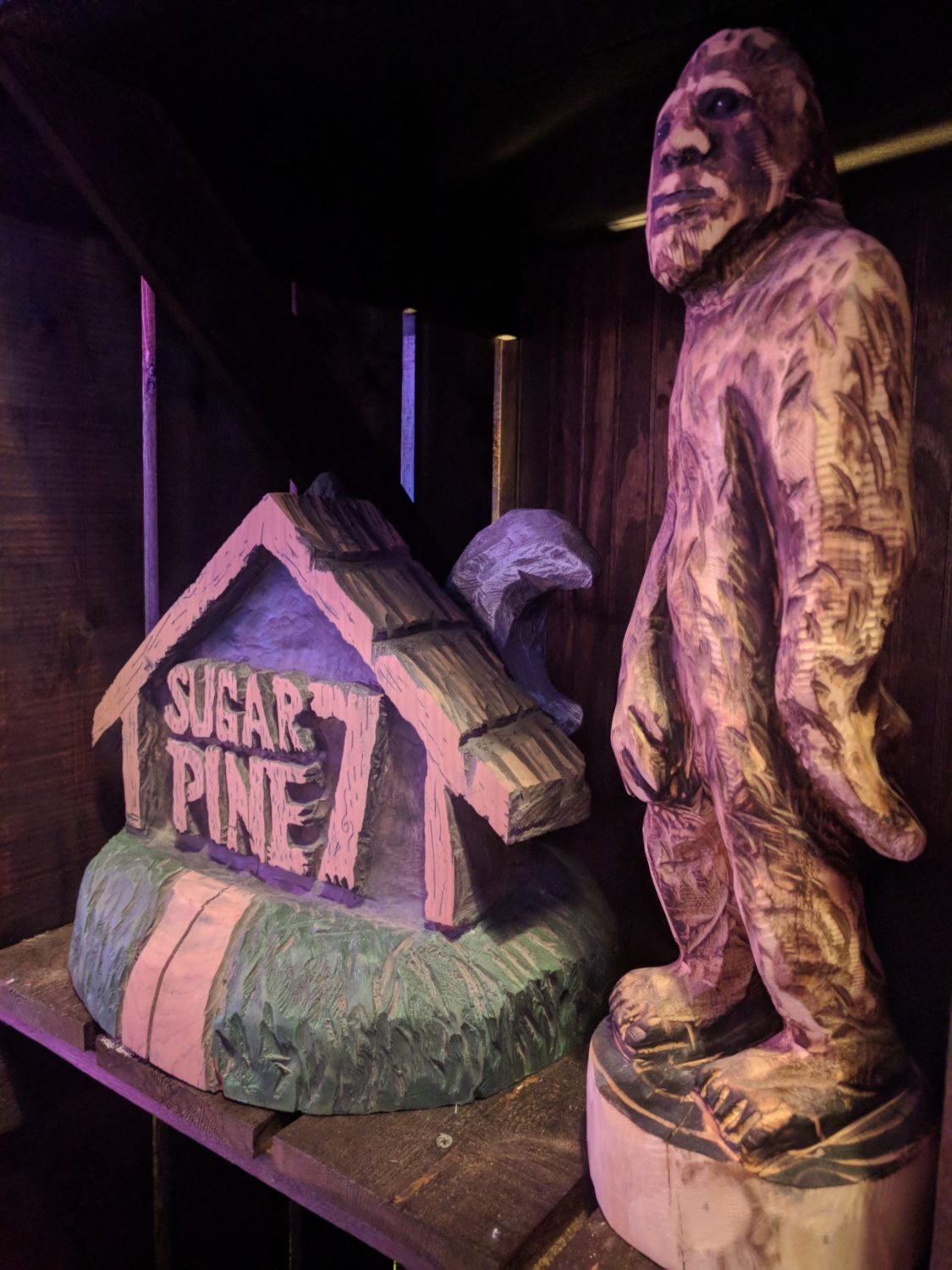 Rooster Teeth currently hosts its RTX event in Austin, London, Sydney, and a yet-undisclosed new location. The next RTX Austin event will take place from July 5-7, 2019.