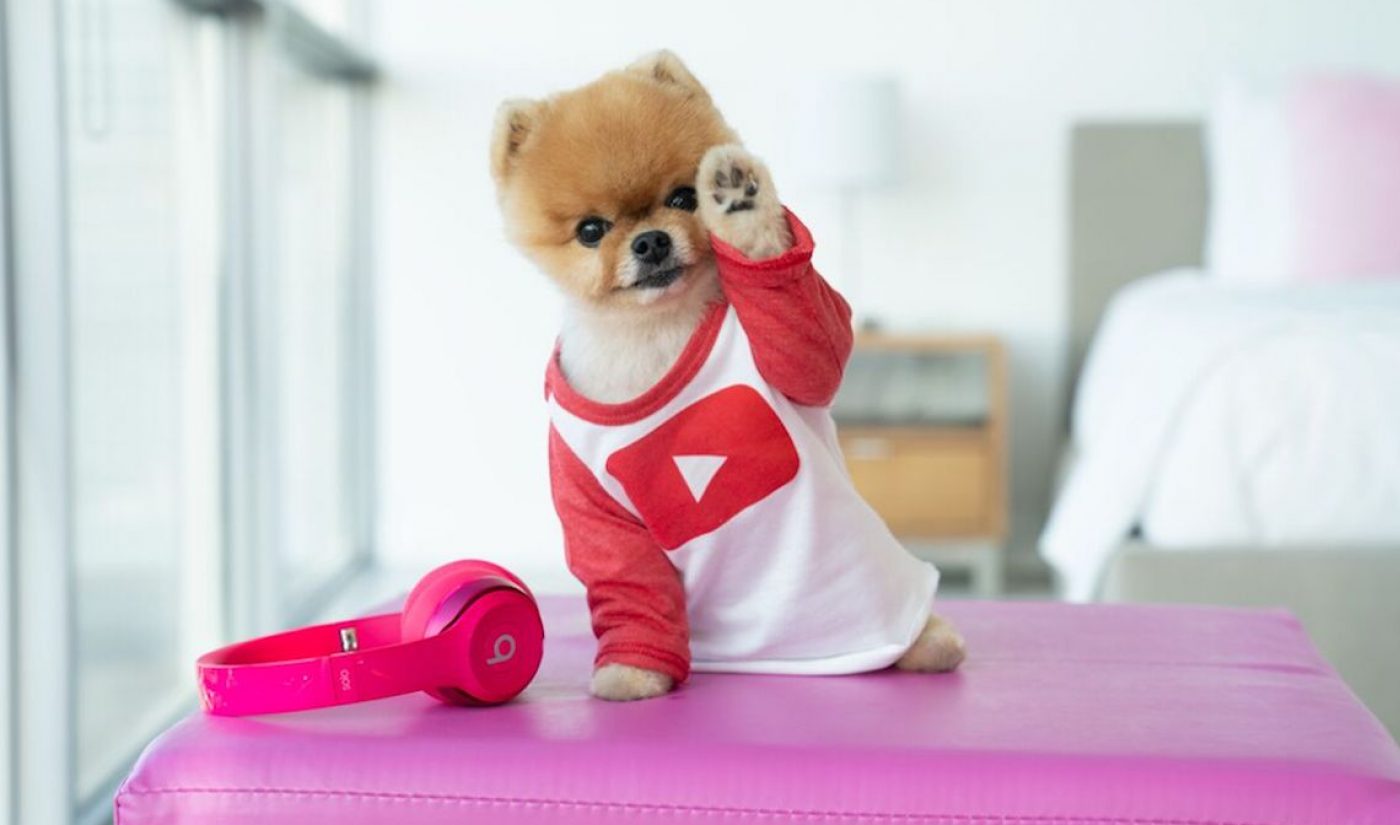 Social media star Jiffpom the Pomeranian has signed with Made In Network in a bid to amplify the beloved canine’s YouTube presence.

Currently, Jiffpom’s Instagram — where the tiny dog is famous for dressing up in adorable outfits and posing with celebs — has around 9 million followers. His YouTube channel, meanwhile, has just over 255,000 subscribers — and has been largely inactive for the past year. Made In Network, the Nashville-based multi-channel network, is focusing its efforts on the dog’s YouTube channel relaunch.

Those efforts will include two new, regular series — Jiffpom Unboxing and Jiffpom Quiz Show. JiffPom Unboxing debuted its first episode today — after which new episodes will come out regularly on Thursdays. In the series, Jiffpom “sends” items that young hosts Abigail James and Carson will unbox on camera. The first episode features giant containers of candy (see below) and fits in with the style of YouTube’s countless colorful, often candy-filled unboxing videos that target young viewers on the platform.

Made In Network’s CEO, Kevin Grosch, said in a statement that “creating premium video content around Jiffpom is like throwing gasoline on a cuteness fire.” Prior to his signing with Made In Network, Jiffpom’s quiet YouTube channel mainly included unstructured videos of the Pomeranian skateboarding or walking around public venues and just generally being cute.

Jiffpom isn’t the only animal upping its social video presence. Popular Instagram cat Nala has her own Facebook Watch series, The Nala Show, which debuted in April. Other non-human social media celebrities have been building their brands through merchandise, like Doug The Pug’s line at Claire’s, which launched this month.