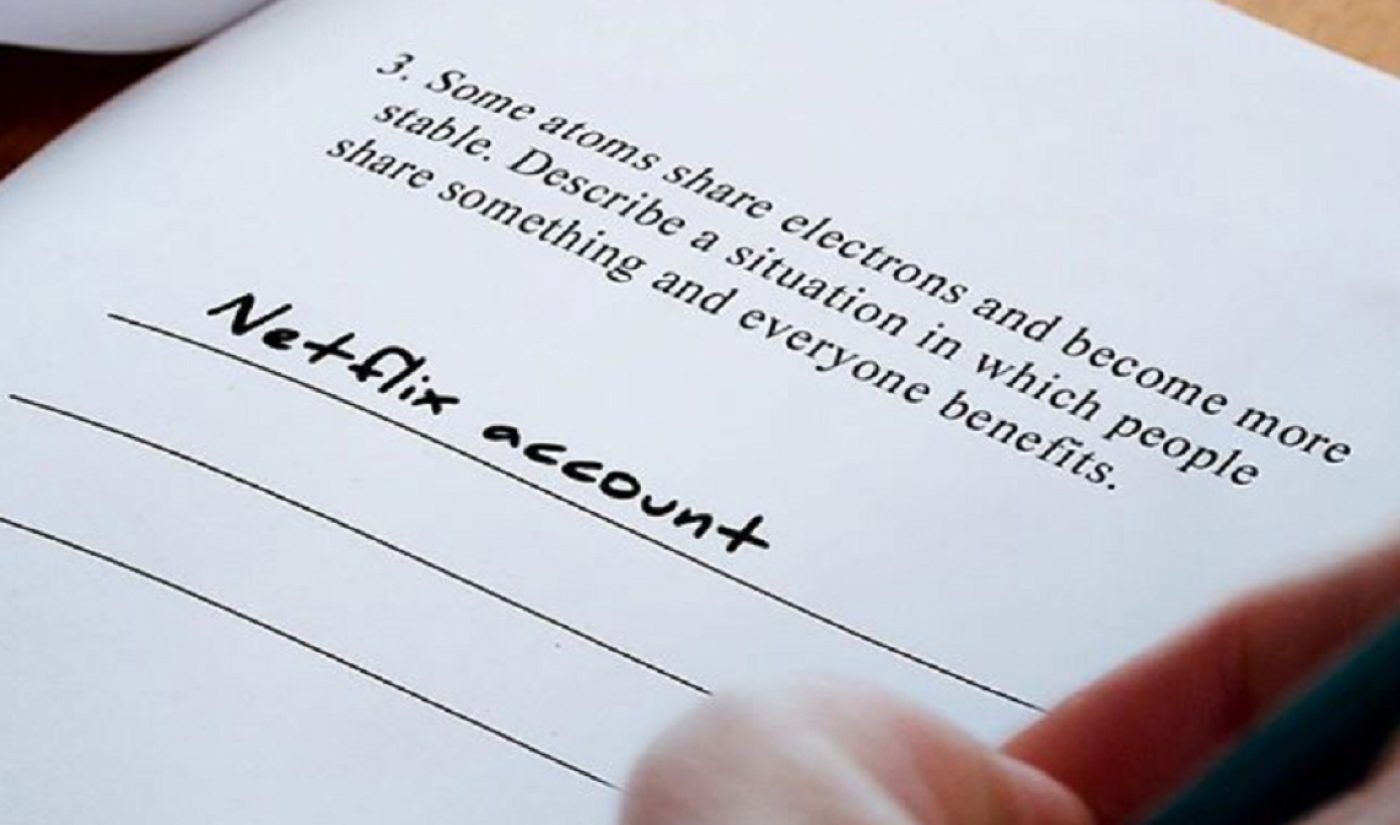 For streaming sites, it’s always been about figuring out how to get subscribers to pay for access to content. But there’s another rising concern after they’ve successfully hooked a subscriber, according to new data from research firm Magid: even when sites have a paying user, there’s a high chance that that subscriber is sharing their password.

In fact, 35% of millennials share their passwords, and that number is even higher — 42% — among the 21-and-younger crowd, CNBC reports. “I wish I had a solution, because it’s really hurting the business model and monetization of these premium, high-value services,” Magid’s executive president Jill Rosengard Hill told the outlet.

Hill didn’t provide figures for how much streaming services might be losing due to password-sharing practices, but CNBC noted that doing the numbers on services’ subscriber counts indicates password-sharing could be racking up hundreds of millions of dollars in missed-out revenue.

But streaming services also have aspects of their plans that suggest they don’t want to crack down on password-sharing, marketing professor Daniel McCarthy tells CNBC. For example, Netflix users can pay to raise the number of screens that can be used simultaneously. Accordingly, if one user hands out their password to three friends, they can bump up their screen number to four, and everyone can watch at the same time.

For millennials, the sharing is largely among friends, and for those under 21, it’s more likely that they’ve remained on their parents’ accounts, Hill tells CNBC. For his part, McCarthy added that there is a positive side to all this: Paying subscribers who share passwords with non-family members will be less likely to cancel their subscriptions because they know other people are relying on them for their Stranger Things binges.