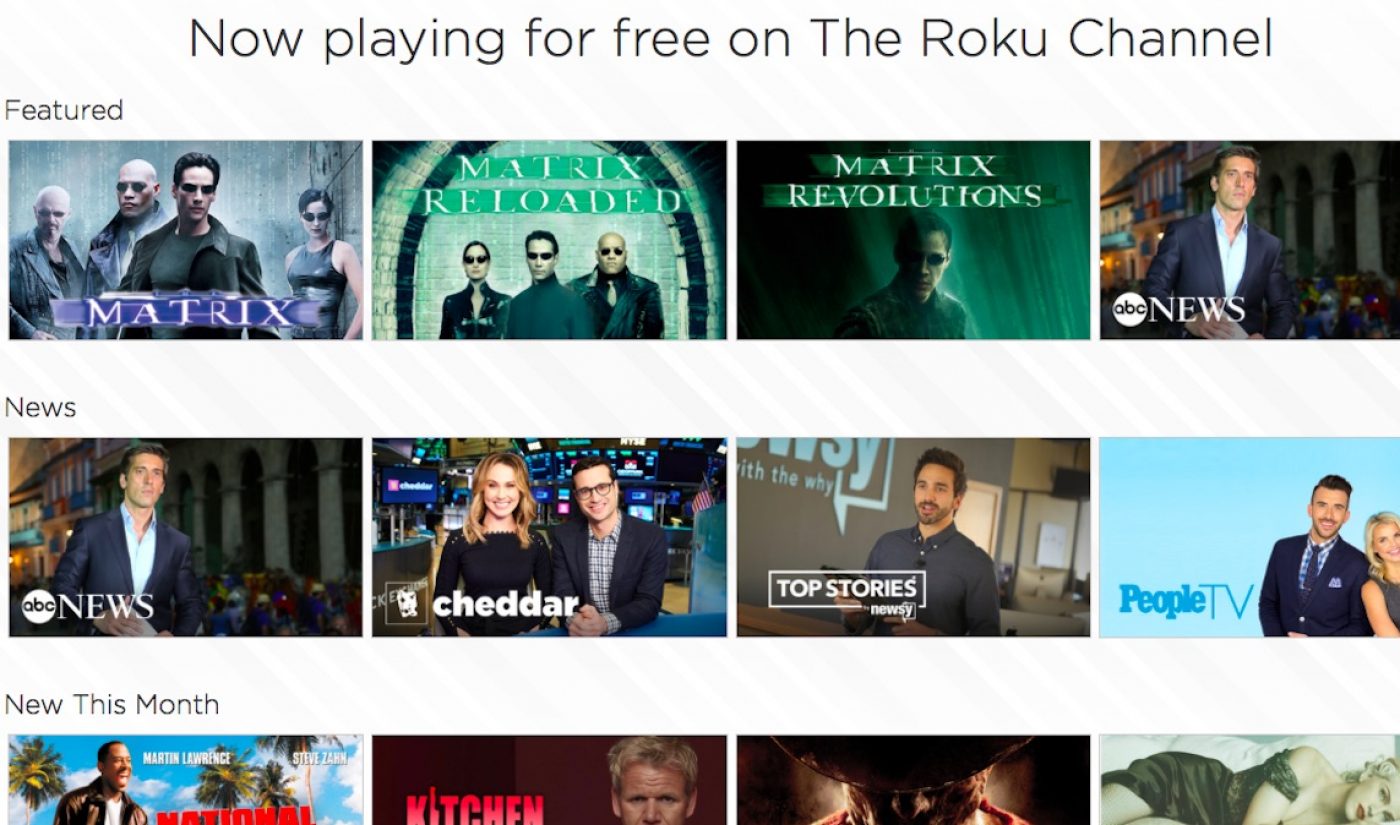 Today was a big day for Roku. It announced second quarter earnings, expanded the reach of its free streaming service, and added a new sci-fi channel to the lineup.

Like Snapchat, Roku exceeded expectations in Q2. While analysts were predicting $141 million in revenue, the company clocked almost $157 million, according to The Hollywood Reporter. The company says that it is charting a path toward $710 and $730 million in total revenue this year. In the second quarter, platform revenues (advertising) went up by 96% over last year, reaching $90.3 million. Set-top boxes accounted for about $66.5 million, according to its latest earnings report.

In other Roku news, the company put its free streaming service on the web today, granting access to those without Roku devices for the very first time. The ad-supported Roku Channel will now appear on web browsers as well as select Samsung smart TVs, per TechCrunch. The channel includes content from the likes of Paramount, Sony Picture Entertainment, MGM, and Lionsgate — in addition to Roku channel partners Popcornflix, OVGuide, and YuYu.

Roku also added a new featured called ‘Featured Free’ on the channel to highlight free content available from apps like Crackle, The CW, and ABC. The aim is to make new users — without Roku devices — aware of its video offerings, Techcrunch reports.

And lastly, content studio Gunpowder & Sky announced today the launch of a new sci-fi channel called DUSTx, which will become available on Roku’s platform on Aug. 18. The channel will launch with over 20 feature films, 30 series, and 200 shorts, such as A Scanner Darkly, Bill & Ted’s Excellent Adventure, and 1980s cult series Mystery Science Theater 3000.

“We are also producing and releasing original feature films and TV series under the DUST label,” said Floris Bauer, Gunpowder & Sky’s co-founder and president, in a statement. And because of Roku’s recent expansion to the web and additional smart TV devices, those projects are bound to debut to larger audiences.