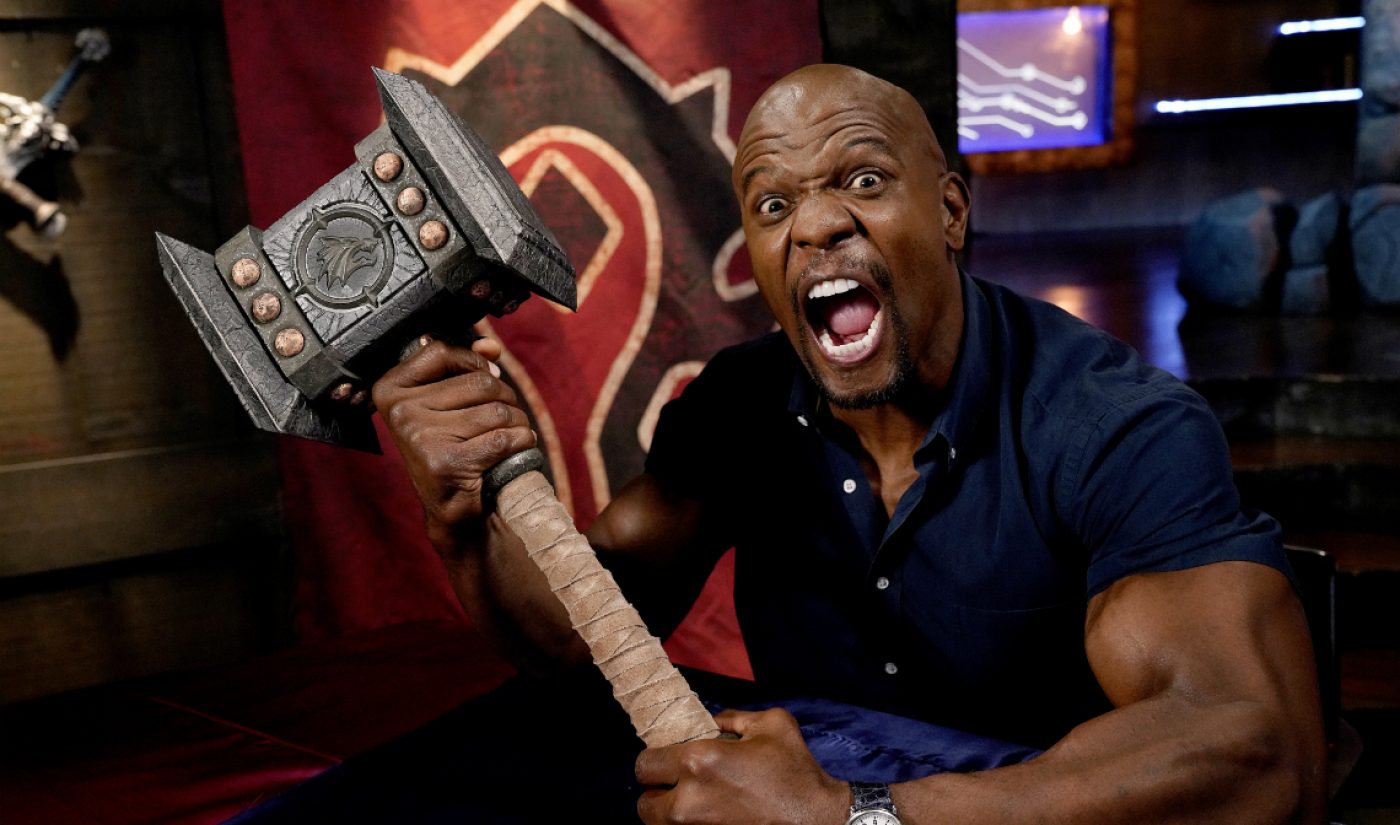 The special edition episode, like all previous CelebriD&D episodes, is available on Nerdist’s YouTube channel. Nerdist premiered the series in 2017, and, since then, it has featured other celebrity guest stars including Joe Manganiello, Vin Diesel, and John Bradley.

Fans eager to immerse themselves in the battle after seeing the episode will have to hang up their various melee weapons until Aug. 14, however, when the World Of Warcraft: Battle For Azeroth expansion pack goes live. Per a press release about CelebriD&D’s themed episode, Battle For Azeroth will involve “a new age of warfare between the Alliance and Horde,” where “Azeroth’s heroes must set out on a journey to recruit new allies, race to claim the world’s mightiest resources in order to turn the tides of war, and fight on several fronts to determine which faction will lead Azeroth into its uncertain future.”

But for now, you can watch Crews’ thoroughly delightful CelebriD&D episode below.