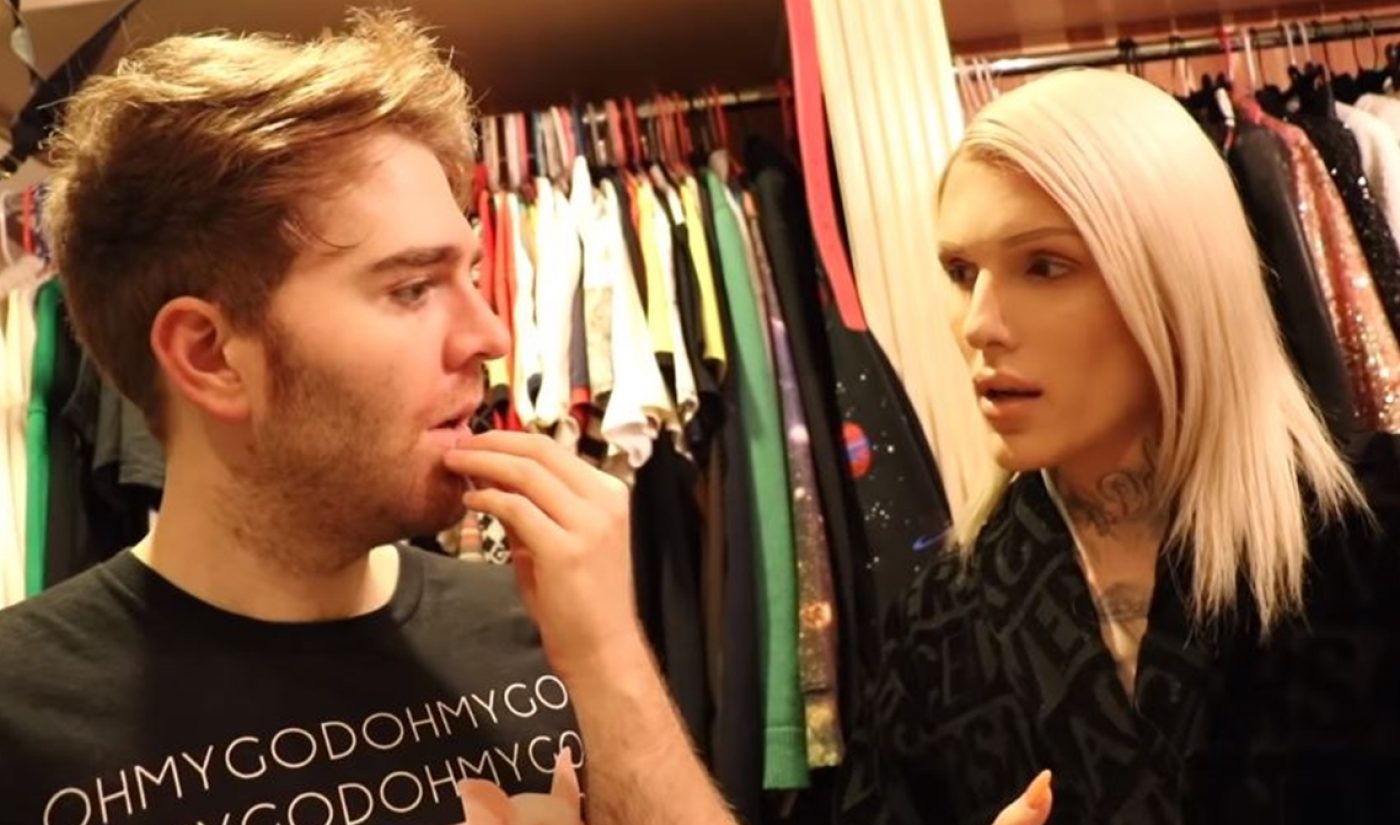 While Shane Dawson has yet to nail down a brand sponsor for his latest investigative YouTube series, a hotly anticipated glimpse into the life of YouTube beauty guru Jeffree Star, it turns out that Pizza Hut may want a piece of the pie.

The Secret World Of Jeffree Star premiered yesterday, and the first of five episodes has garnered 6.5 million views in roughly a day, resting steady at the top of YouTube’s trending tab since its debut. Ahead of the premiere, however, in a bid to conceive the 45-minute episode as a viewing event for his fans, Dawson suggested that viewers “throw little parties with your friends…and take pics of you guys watching and send them to us! Dress up like Jeffree!…Order a pizza!”

Unable to resist the brand bait, Pizza Hut responded to Dawson on Twitter that it was looking forward to the series. And after some back-and-forth, Dawson announced that in honor of episode three of The Secret World, dropping on Friday, the pizza chain will be delivering free pies for fans. In order to be eligible, fans need only tweet a picture of themselves watching the show with the hashtag #ShaneJeffree. “It’s not sponsored,” Dawson clarified, “they literally just wanna help throw some pizza parties.”

Guys! @pizzahut is gonna help me give away free pizzas for this friday’s episode 3 premier!! It’s not sponsored, they literally just wanna help throw some pizza parties for u guys to watch part 3! tweet #shanejeffree and a fun pic of u watching the new series to enter!!! 😭🙌🏻

As with his prior investigative series, including a TanaCon expose, Dawson has received widespread acclaim from fellow YouTubers, as well as the platform itself — which Dawson says has shied away from promoting his content in the past, given its occasionally edgy tone. “YouTube showing support of this series and what I’m doing on my channel means more than any brand deal or AdSense check in the world,” Dawson wrote of the video’s trending designation. “Thank you YouTube for being my home. I love you and I wanna make you proud.”

Episode two of The Secret World Of Jeffree Star drops in an hour or so. In the meantime, you can check out episode one — in which Star, a cosmetics entrepreneur, showcases his staggering wealth — below: