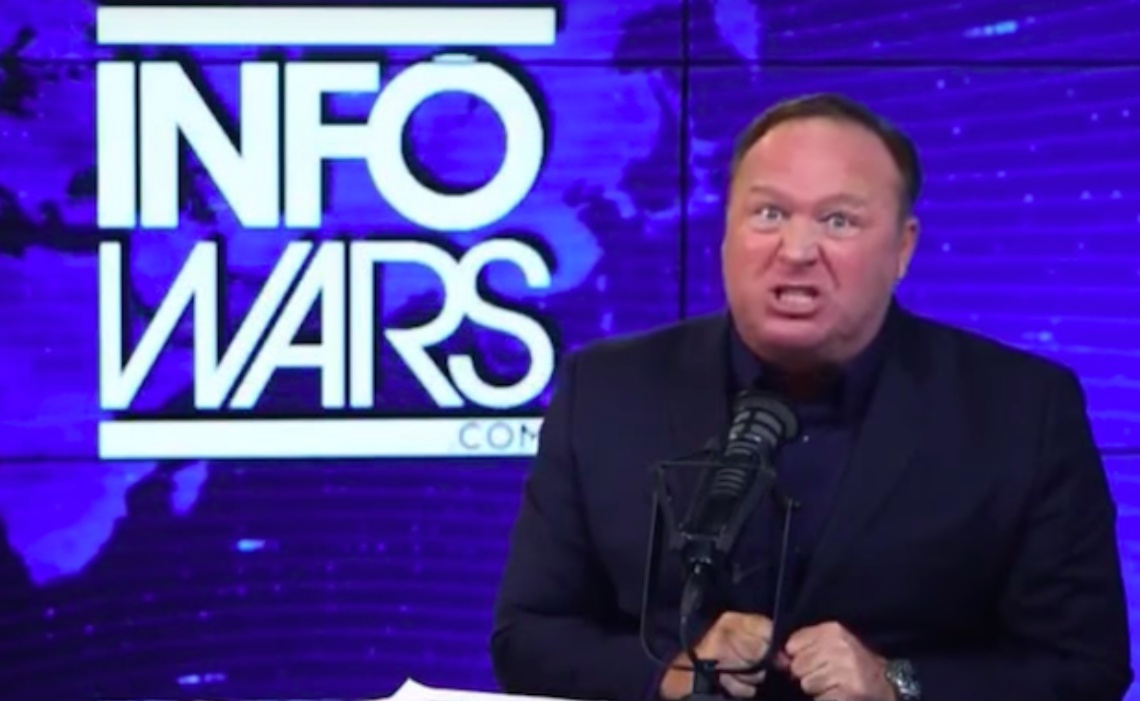 YouTube is not the only online video platform taking action against InfoWars and its controversial leader, Alex Jones. Facebook, which has long permitted the controversial commentator to share his far-right views on its platform, has removed four videos related to Jones and InfoWars while also suspending the host’s personal Facebook account for 30 days.

According to CNN, where this news was first reported, the four videos were removed for violating Facebook’s Community Standards. While the exact videos that were removed or the exact rules those videos broke were not made public, Facebook noted in a statement that it prohibits both bullying and hate speech, two things of which Jones has been accused.

“We received reports related to four different videos on the Pages that Infowars and Alex Jones maintain on Facebook,” says the statement, which was provided to CNN. “We reviewed the content against our Community Standards and determined that it violates. All four videos have been removed from Facebook.”

Facebook’s decision comes just three days after the social giant said that one of Jones’ latest rants, which accused Special Counsel Robert Mueller of child rape, did not violate its Community Standards. What changed between then and now? For one, YouTube took action against Jones, issuing a strike to the InfoWars YouTube channel. That was the second punishment incurred by the InfoWars YouTube channel this year; back in February, a YouTube strike against Jones came one week before several major brands opted to boycott the firebrand’s YouTube channel.

If Jones does not clean up his act, the InfoWars Facebook page will receive further punishment. The social platform said Jones is “close” to crossing a line that would lead to his channels being “unpublished.”