Casey Neistat Challenges Logan Paul In Testy Interview: “All That Really Matters Is What Transpired” 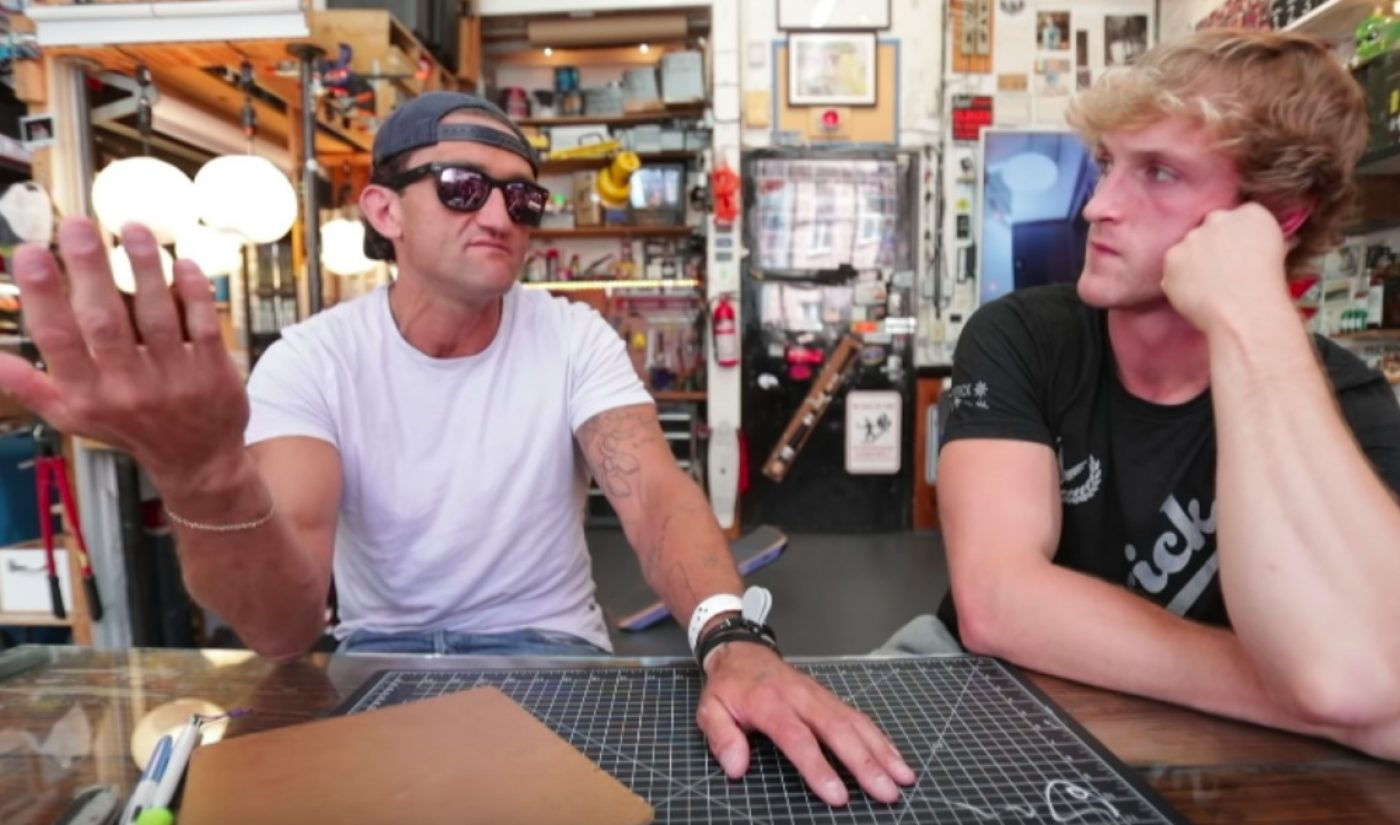 It’s been nearly eight months since Logan Paul generated one of the biggest controversies in YouTube history by using the dead body of an apparent suicide victim as a prop for one of his vlogs. While Paul has long since returned to YouTube and has pledged to become a better person and a stronger advocate for suicide prevention, some members of the online video community have their doubts about how sincere Paul’s redemption arc is.

One of those skeptical people is fellow YouTube star Casey Neistat, who praised YouTube’s decision to punish Paul back in January. Neistat, like many other creators, is concerned about how the regrettable actions of stars like Paul affect the YouTube community as a whole, and recently, he got a chance to challenge Paul on that topic — and many others. After agreeing to be be interviewed for Paul’s upcoming documentary about the fallout from his suicide video scandal, Neistat sat down for a 30-minute conversation with the embattled vlogger, which at times took on a testy tone.

In talking to Neistat, Paul attempted to show the same sort of contrition he displayed in previous interviews regarding his suicide video scandal. He conceded that “I don’t think people should, can, or will sympathize with me” and termed his documentary an “attempted redemption story” in which he will show the world how he has chanced since the January 2018 incident.

But answers like those weren’t quite good enough for Neistat. When Paul said that he has a desire to uphold a personal brand that celebrates, in his own words, “living life on the edge,” Neistat hit back. He questioned whether Paul can truly add a more positive message to his content, noting that “the general attitude you characterize of living on the edge I think really clouds a lot of that much more meaningful ambition of wanting to inspire.”

It seems as if Neistat wanted to convey to Paul that no matter what he says about the incident or how it has changed him, what remains more important are the things he says in his videos or puts on his social media channels. “The road to hell is paved with intent,” Neistat said after Paul defended the laughter in his initial “suicide forest” video as a “defense mechanism.” “All that really matters is what transpired, and what transpired is you and your peers laughing and snickering and making light of a human being who had died, and I think that your intent in that moment is fucking irrelevant.”

Many of the viewers who have chimed in via the interview’s comment section have noted their skepticism regarding the sincerity of Paul’s comeback attempt. But the controversial star believes his upcoming documentary will resonate with those who watch it. “I think Hollywood, America, they love redemption stories,” he said.