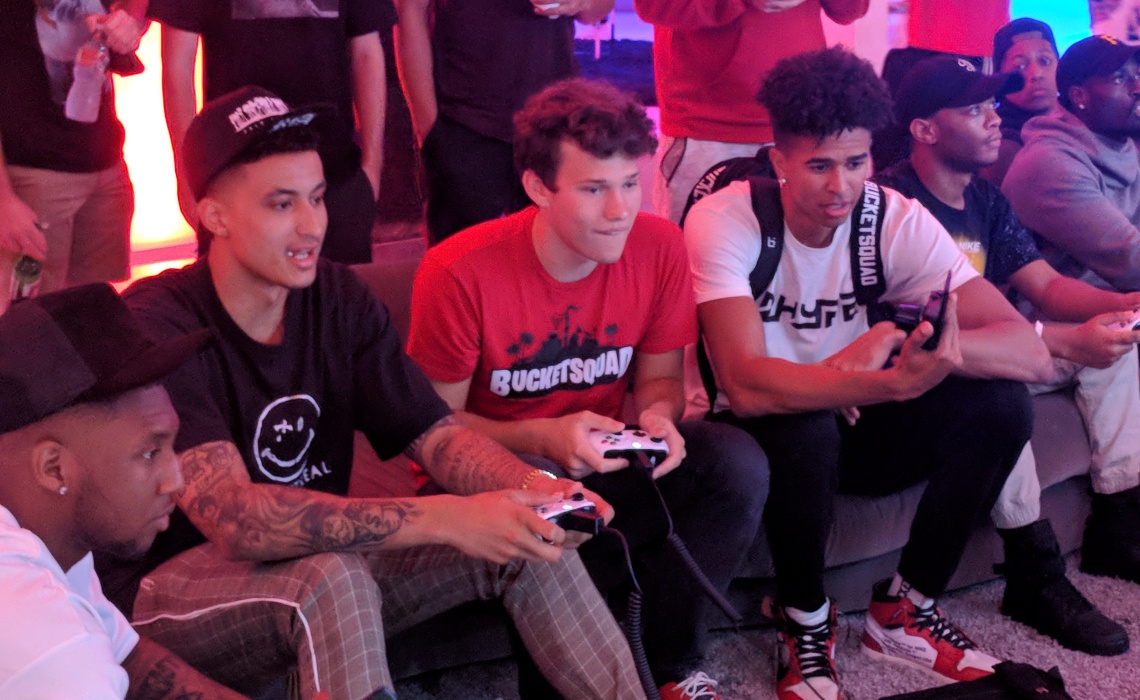 YouTube Stars Kristopher London, Jesser Play ‘NBA 2k19’ With The Lakers, Get Scanned Into The Game

The upcoming basketball video game NBA 2k19 is still more than a month away from its worldwide release date, but two YouTube stars got a chance to play the game early — and they took advantage of some other fun perks in the process. Kristopher London and Jesser met up with Los Angeles Lakers players Josh Hart and Kyle Kuzma, played NBA 2k19 against them, and got their faces scanned into the game.

London and Jesser, both of whom have more than 1.6 million subscribers on their respective YouTube channels, are two of the most prominent NBA 2K players on the internet. As part of their latest deal with the video game franchise, they got an early look at the latest entry in the series and offered their own critiques of it. And when they boot up their own copies of the game, they’ll find their likenesses available within it.

The stars of the NBA 2k19 campaign have appeared in similar branded videos in the past. Back in January, for example, London played NBA 2k18 with Oklahoma City Thunder star Paul George in order to help George promote his new shoe. Kuzma, meanwhile, previously appeared alongside YouTube star Bull1trc in a shoe-shopping video sponsored by the NBA.

Those of us who aren’t lucky enough to hang out with NBA players and beat them in video games will have to wait a little longer to check out publisher 2K‘s next basketball title. NBA 2k19 is due out across the globe on September 11.