The Washington Post Is Now Streaming The News On Twitch 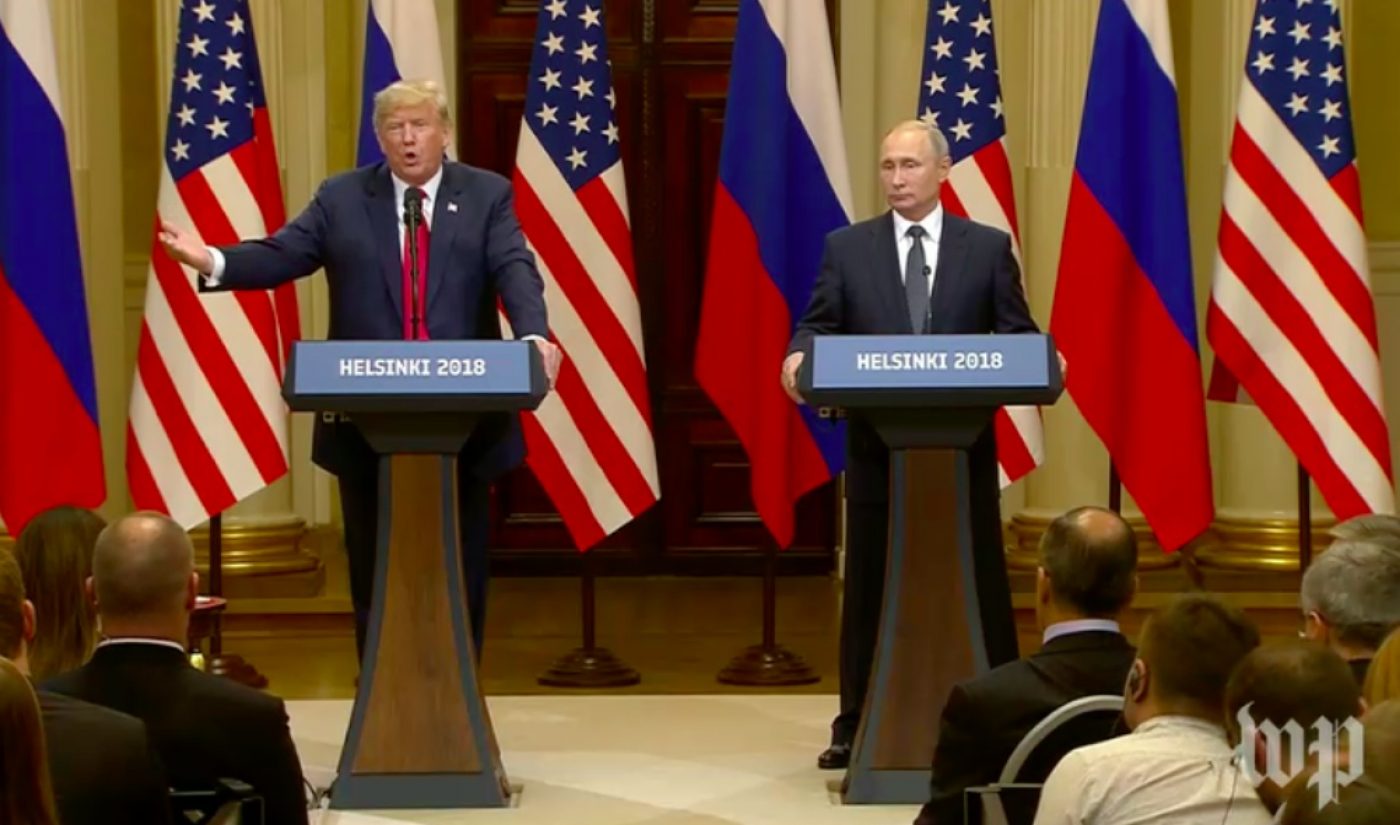 As the header of The Washington Post tells us, democracy dies in darkness, but luckily, it lives on Twitch. The esteemed news outlet has launched a channel on the live streaming platform, and it plans to populate that hub with two new shows.

Many Twitch streamers use the service to broadcast popular video games, and WaPo is clearly adopting a “when in Rome” strategy. In one of its Twitch shows, notable politicians like Cory Booker will play games with reporter Dave Weigel. Appropriately, it’s called Playing Games With Politicians.

But visitors to WaPo‘s Twitch channel will get at least some news. From time to time, reporter Libby Casey will host streams of notable political events. For her first presentation, she offered commentary on President Trump’s recent press conference with Russian President Vladimir Putin.

WaPo and Twitch make sense as partners because they share an owner. Amazon acquired the newspaper in 2013 and scooped up the streaming service a year later.

According to Digiday, WaPo has been watching Twitch for some time and was encouraged to expand its presence on the platform after its first broadcast there — which covered Facebook CEO Mark Zuckerberg’s Senate hearing back in April — performed well, reeling in 380,000 viewers on its first day.

“A constant question for us, because the digital landscape is evolving, is, where is our audience right now?” WaPo deputy director of video Phoebe Connelly told Digiday. “Right now, a huge video audience lives on Twitch. That is the appeal for us.”

Beyond Twitch, WaPo is also active on YouTube, where it has about 375,000 subscribers, and on Facebook, where it has launched the original series Fact Checker.