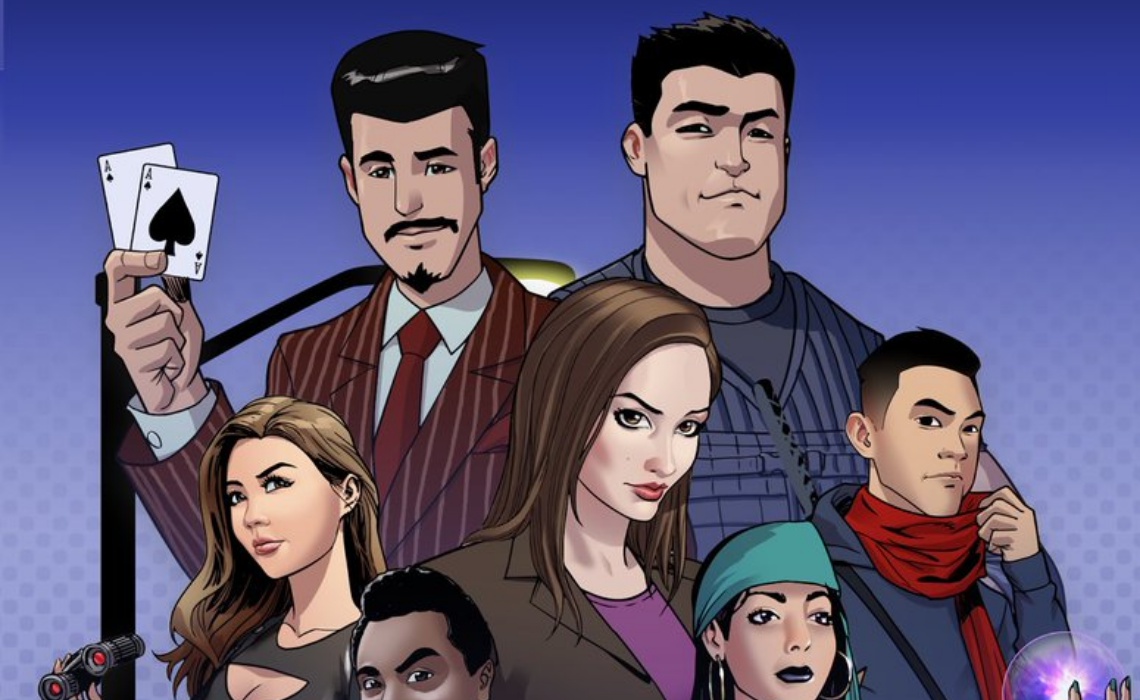 Through comedy sketches, vlogs, and other forms of social commentary, the YouTube channel JustKiddingFilms and its offshoot JustKiddingParty have each reached more than one million subscribers. It is on the second of those two channels where JustKiddingFilms co-founders Bart Kwan and Joe Jitsukawa are showcasing Shady Agents, an upcoming tabletop game that recently reached its funding goal on Kickstarter.

In Shady Agents, players are divided into two teams, one of which must speak truthfully and the other of which must lie. The goal is to suss out the members of each team by communicating with one another. It sounds like a mix between social deduction games like Secret Hitler and the classic part activity “two truths and a lie.”

Kwan and Jitsukawa revealed their game on the JustKiddingParty channel before soliciting contributions via Kickstarter. The project reached its initial $25,000 goal in just 36 hours. As of this post, the campaign has pulled in over $57,000 with eight days to go.

Kwan and Jitsukawa are not the first YouTube stars to enter the tabletop space. In 2016, Rooster Teeth raised more than $1.3 million on Kickstarter to create a game based off its Million Dollars, But… property. A year later, longtime collaborators Dan Howell and Phil Lester developed Truth Bombs, which is now available for their millions of fans.

An exact release date for Shady Agents hasn’t yet been shared publicly, but Kwan and Jitsukawa will surely get to work on their product now that their Kickstarter goal has been achieved. In the meantime, they’ll continue to post videos on JustKiddingFilms, which has more than 1.6 million subscribers on YouTube.