Facebook To Launch News Programming On July 16, Will Organize ‘Watch’ With New Categories 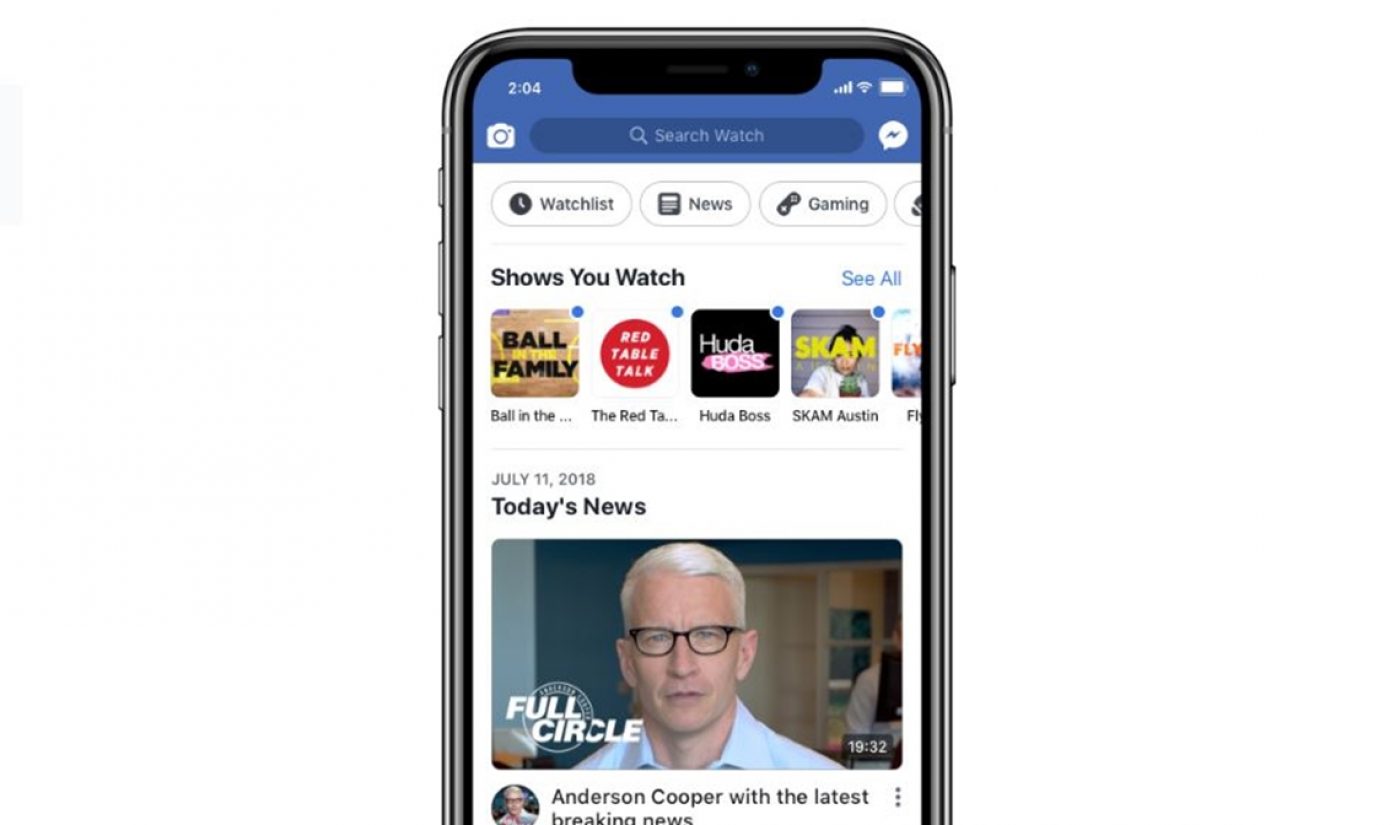 Last month, Facebook said it would fund a slate of news programming from the likes of CNN, Fox, and ABC to the tune of tens of millions of dollars.

Now, the social network has confirmed that its first wave of news shows will hit its Watch video hub on July 16. The lineup also includes programming from Advance Local, ATTN, Mic, Quartz, and Univision, and will be distributed in a dedicated news section within Watch. In addition to this previously announced programming, Facebook also said today that it will fund six additional news shows from ABC Owned Stations, Bloomberg, BuzzFeed News, McClatchy, NowThis, and Tegna.

In terms of forthcoming content, Bloomberg will produce At What Cost? — a weekly series about how the week’s biggest headlines will affect viewers’ finances — while NowThis Morning will serve as daily news show aimed at millennial viewers. Facebook is also developing a BuzzFeed News interview series called Profile and a bi-weekly series called Mic Dispatch, in which the journalist Natasha Del Torowill cover cultural movements in the current political climate.

Facebook’s news efforts mark the first time that the social network is bringing different viewing categories within Watch — its episodic video hub launched last summer. “As we continue to improve the Watch experience, we are also rolling out sections for other types of video — like Gaming — to help people reliably catch up with the publishers and creators they care about,” Facebook said in a blog post.

Check out a teaser for the company’s news slate below: