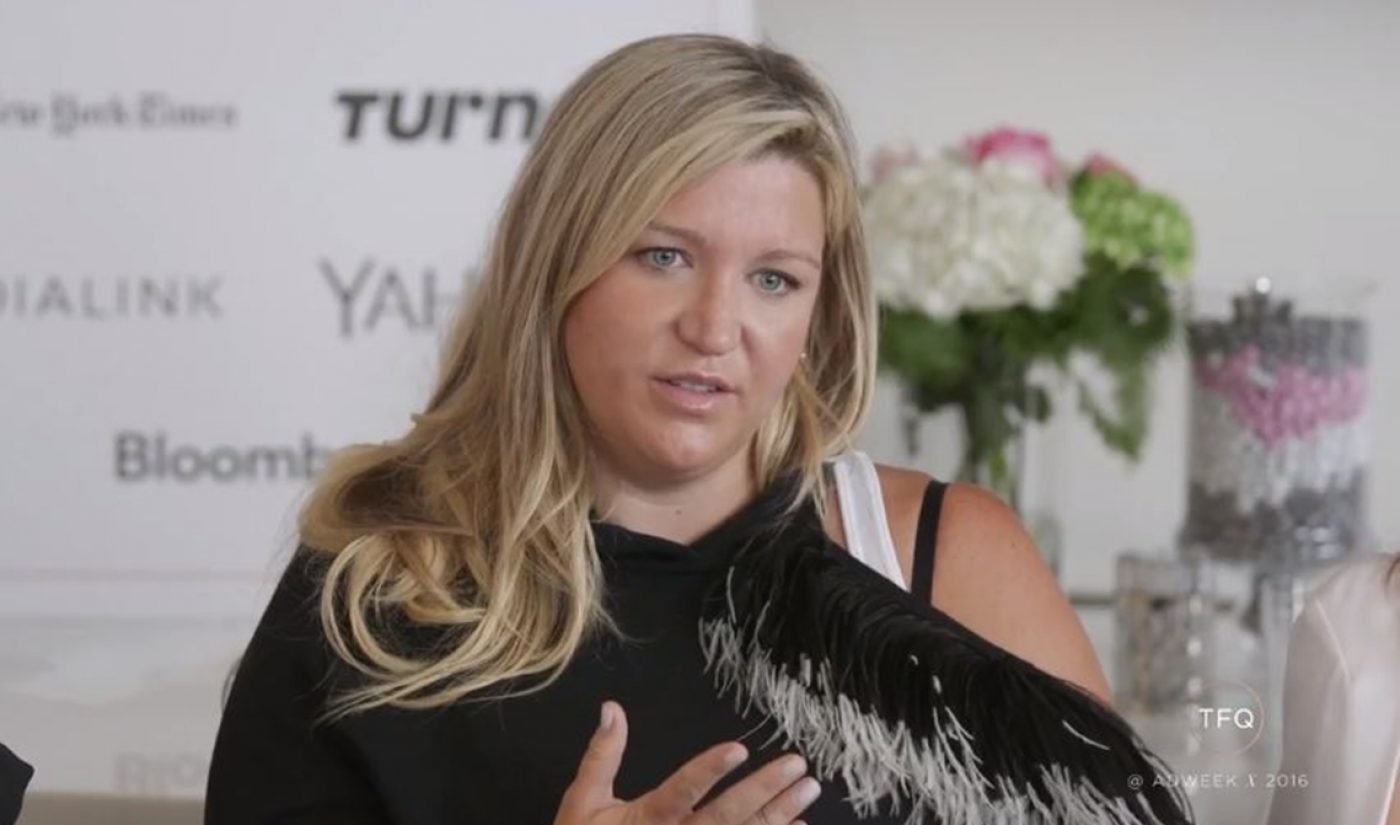 RTL Group, the Luxembourg-based media conglomerate that owns American multi-channel network StyleHaul, disclosed in a memo to staffers yesterday that CEO Stephanie Horbaczewski and CFO Jeremiah Bates are no longer with the company. RTL said that Horbaczewski stepped down to pursue other entrepreneurial endeavors, but didn’t provide a reason for Bates’ departure.

In their stead, financial consultant Melanie Kirk has been named StyleHaul’s CFO, effective July 1. Kirk will also serve as interim CEO while RTL searches for a replacement. She will work closely alongside StyleHaul International president Giles Drew, StyleHaul CMO Tracy Crane, and StyleHaul COO Olivier Delfosse. Kirk has previously held numerous roles at RTL-owned FremantleMedia, and most recently served as the company’s interim global CFO from April 2015 to March 2016.

“In consultation with RTL Group, Stephanie Horbaczewski has decided to step down from her position as CEO of StyleHaul to pursue new entrepreneurial endeavors,” reads the memo to staffers from RTL’s board of directors. “StyleHaul has been and will remain an important investment for RTL Group’s push into digital video and for raising our profile in the United States.”

RTL owns several other multi-channel networks, including BBTV, Divimove, and United Screens, and says it wants to foster “much closer collaboration between our various assets in this space.”

Horbaczewski founded StyleHaul in 2011 to focus on creators in the fashion, beauty, and lifestyle spaces. According to its website, the company reps top creators including Zoella, Ashley Tisdale, BubzBeauty, and Joey Graceffa. RTL acquired a majority stake in the company in 2014 for a reported $107 million, and became a full owner of StyleHaul last June. In an earnings report last quarter, RTL noted that StyleHaul revenues were down 17% year-over-year.