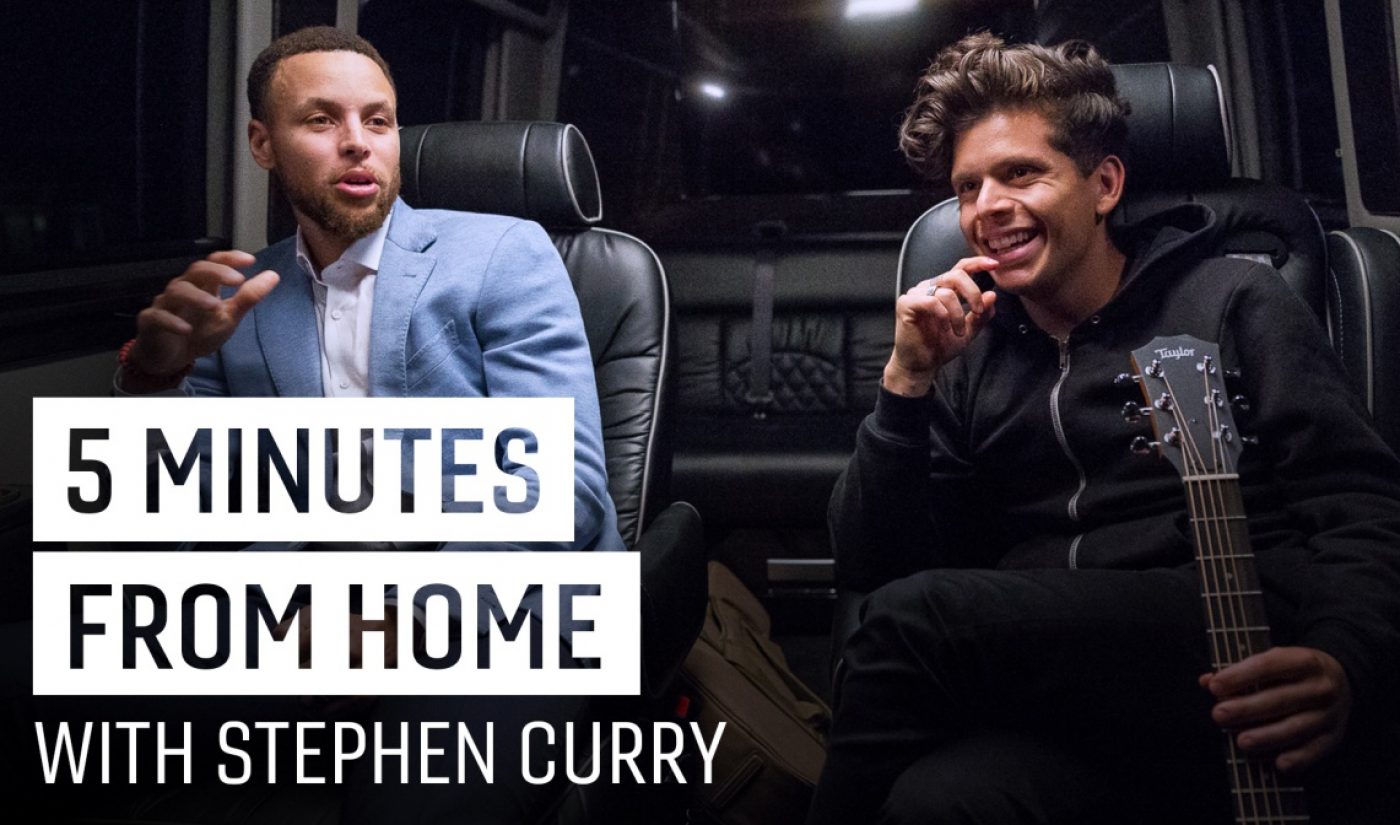 Steph Curry has premiered his take on Jerry Seinfeld’s Comedians In Cars Getting Coffee. The NBA star, whose Golden State Warriors just won their third championship in four years, welcomed YouTube star and musician Rudy Mancuso into a van for the first episode of his web series 5 Minutes From Home.

Each episode of 5 Minutes From Home begins at the Oracle Arena, where the Warriors play their home games. As Curry is chauffeured away from the arena in a black van, he is joined by celebrity guests, with whom he shoots the breeze. In the show’s premiere, Curry is joined by Rudy Mancuso, the talented creator known for his comedy videos, electronic music, awkward puppet shows, and other bits of YouTube wizardry. Together, the two celebrities make some music in the van, with Mancuso playing guitar while Curry raps his knuckles against the window. They then stop at a food truck, where they eat an appropriate foodstuff: curry.

“Through my YouTube channel, I can continue to connect with people around the world and reach them in an authentic, consistent and unfiltered way,” Curry said in a press release. “I’m excited to share my life, passions, and personality with my fans.”

This is not the first time Curry and Mancuso have made a video together. As referenced in the episode, they first teamed up at the start of 2018, getting together to shoot a music video centered around New Year’s Resolutions. That project, like this one, was produced by Bay Area-based branded content studio Portal A.

In addition to Portal A, 5 Minutes From Home is also produced by Unanimous Media. Five episodes of the show will be released through Curry’s YouTube channel.