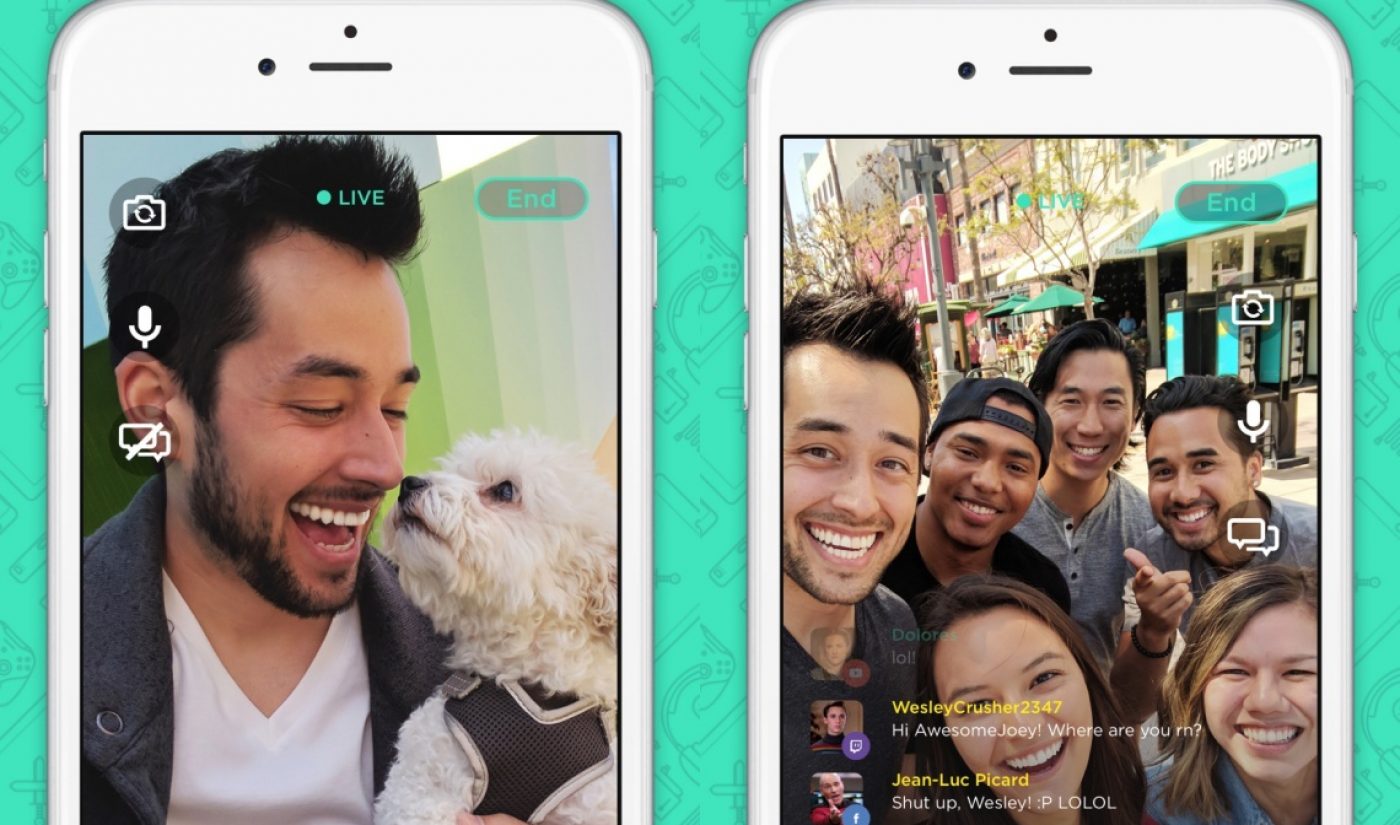 With its mobile-focused, live streaming technology, Mobcrush lets its users launch their own digital broadcasts. Now, with its latest product, Mobcrush is making it easier for creators to share their streams across multiple platforms. It has launched Mobcam a tool that allows broadcasters to simultaneously stream on platforms like YouTube, Twitch, Twitter, Facebook, and Periscope.

Mobcam is linked to its users’ accounts on the platforms mentioned above, so when a broadcast on the app begins, it is launched across the social web as well. Comments are sorted by platform from which they originated, so that streamers can see the sites from which their fans are chiming in. Mobcam also offers multiple camera settings as well as several other features, such as adaptable bitrates, that are designed to keep streams up and running.

Phil Ranta, who joined Mobcrush earlier this year after spending several years in the multi-channel network space, has played a key role in the launch of Mobcam. “Mobcam is trying to solve a very specific problem,” Ranta told Tubefilter. “There are a lot of platforms these days and a lot of audiences to serve. Creators can have their own personal prime time and reach their fans wherever they are.”

Ranta noted that during his time in the MCN world, he heard many videomakers complain that they didn’t have enough time to live the demanding lifestyle of a digital content creator. Mobcam, then, is a solution to that problem, in that it allows multiple live broadcast schedules to be consolidated into one. As live streaming becomes more popular in the online video world — a trend Ranta foresees — Mobcam figures to be a valuable tool. “We see a big future in live and this is just an easy way to control the chaos,” he told Tubefilter.

Mobcam debuted at VidCon, where more than 1,000 creators used it to reach a social media audience of more than 670 million followers. If you’re curious to check the app out, you can find it on the App Store. An Android version is expected to arrive over the summer.