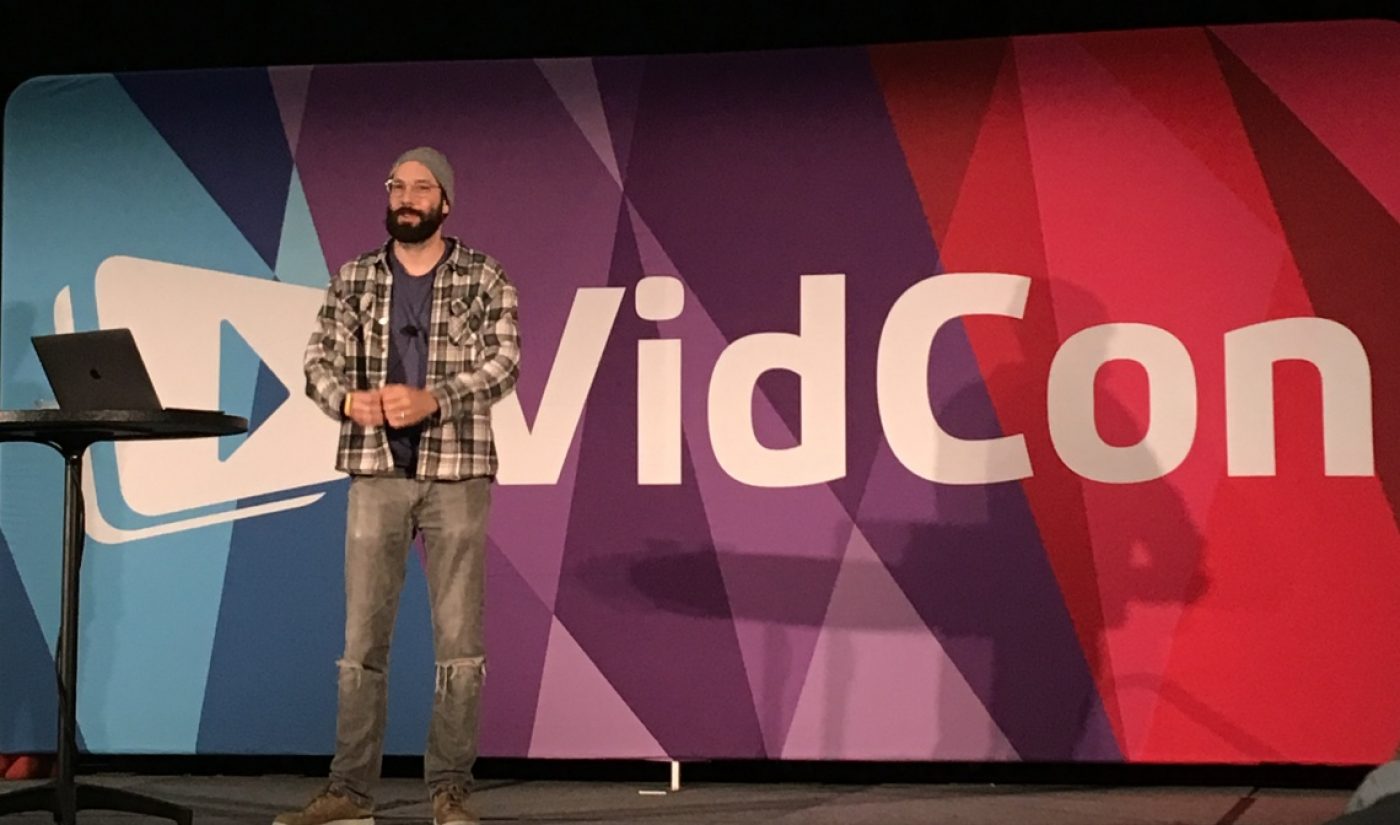 To the online video masses, Jack Conte is known as the CEO of the crowdfunding platform Patreon and as one half of the musical duo Pomplamoose. But Conte doesn’t just see himself as the man behind those two notable successes. He also sees himself as a products of near-constant “duds,” and during a keynote at VidCon, he implored attendees to embrace their own failures by understanding evolutionary psychology, keeping an end goal in sight, and always striving toward their own Pomplamooses and Patreons.

In a PowerPoint presentation that encompassed more than 300 slides, Conte relived his past failures, ranging from a slew of little-noticed animations to an unsuccessful attempt to build a pizza oven to a tour stop at which he played in front of a completely empty venue. As Conte tells it, dealing with these duds requires “smoothing out the curves.” Or, in other words, it’s important to understand that a general upward path toward creative fulfillment will include a lot of downward dips along the way, and in order to not get discouraged, creators must accept the volatility.

Such acceptance can be tricky, because our bodies don’t want us to roll with the punches, Conte explains. We’re built for a fight or a flight. When presented with our own crises, our bodies sharpen our muscles and senses while flattening our emotional responses. “It’s good if you’re running from a lion,” Conte said. “It sucks if you’re an artist dealing with duds.”

But by smoothing out his curve, Conte can stop from “freaking out” when confronted with dips in his career. He can instead “ride the long term,” which has helped him get to the point where he can develop one of the most innovative companies in the media space.

Even now, even as Patreon raises millions in VC capital, Conte is confident that he will continue to fail. “I think I’ll stop making duds when I stop making things,” he said, “which is when I die. And I’m cool with that.”