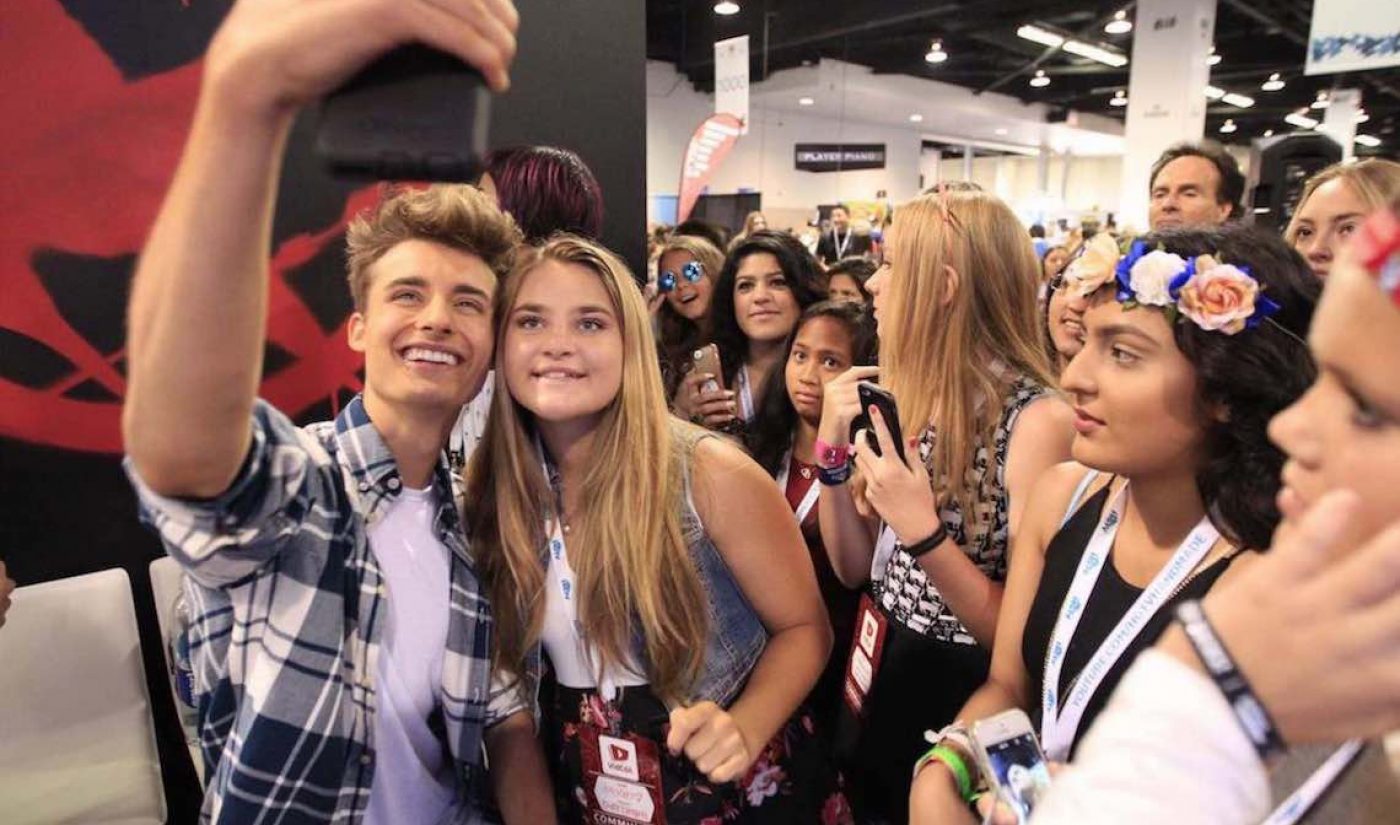 From its modest beginnings in a Los Angeles hotel basement to this week’s 30,000-strong online-influencer extravaganza swallowing the mammoth Anaheim Convention Center, VidCon has seen a few changes since its low-key 2010 launch.

But for all VidCon’s past transformations, this year’s show might see the most changes ever. To begin with, this winter, founders and pioneering YouTube influencers Hank and John Green sold VidCon to cable-TV Viacom. The Greens also stepped back, and the show’s long-time content advisor Jim Louderback, a former tech editor and CEO of video site Revision3, took over as CEO (his title pre-acquisition) and GM (his title post-acquisition).

I thought the VidCon acquisition was a canny one by the long-slumbering Viacom. New CEO Bob Bakish has aggressively reshaped the company after years of  neglect by his predecessor. Bakish’s recovery plan focused on six core TV brands, but also looked beyond the company’s roots to live events, virtual reality and other ways to connect directly with fans.

That broader approach was forced because Viacom channels such as Nickelodeon, MTV, Comedy Central, and BET no longer own the attention and affection of young people the way they did in Cable TV’s 1990s glory years.

Millennials and Plurals have turned their attention online, to the kinds of influencers who’ll be celebrated and seen all over VidCon. So Viacom bought VidCon and WhoSay, which connects brands to online celebrities and other brand-safe influencers. Then it set the new acquisitions to connecting the rest of the company to the online world and its millions of fans.

“Viacom, smartly, has realized that it’s a continuum,” Louderback said. “If you want to reach an audience of teens, you can do some of that on TV, but you need a broader strategy. We now have that continuum that can stretch across all Viacom properties. We also give them entree to this digital world.”

The potential for blowback over the Viacom purchase was big, like the fans of an indie band that has “sold out” by signing with a major record label. But Louderback said that hasn’t really surfaced.

“We did a little bit of contingency planning,” Louderback said. “Surprisingly, the reaction was positive. New Tubers don’t even remember that when it was going on. The Old Tubers, they’ve seen a lot.”

Everyone’s a Featured Creator at TanaCon.

There will be a competing influencer event this week in Anaheim, TanaCon, but its roots far predate Viacom’s involvement..

Disgruntled influencer Tana Mongeau, still raging over what she considered VidCon’s ill treatment of her the previous two years, organized TanaCon as an alternative show that will run nearby during part of VidCon. TanaCon organizers say they will have about 100 influencers attend, roughly a third of those being showcased at VidCon.

In a series of recent tweets, VidCon took the high road, apologizing for unspecified past inadequacies and wishing everyone a great summer “whether you’re going to VidCon, TanaCon, another event, or just staying home.”

But given VidCon’s expected massive turnout, its organizers can afford to be magnanimous. Besides, online platforms, production companies and influencers could use a little more magnanimity after a difficult dozen months.

Demonetization, advertiser boycotts, wrenching algorithm changes, data-sharing scandals, Congressional and E.U. Parliament inquiries, and so much else have repeatedly wrenched the industry the past year. I’ve heard repeatedly from influencers whose online income has been sharply reduced by the changes.

It’s been so bad, VidCon actually titled one panel “Why 2017 sucked for online video (and how to make the next 12 months better).” It features big video production and management companies Studio71, Group Nine, and Fullscreen. Plenty of other panels will look at headache areas such as brand-influencer relationships, brand safety and fake followers.

Expect to see plenty more brands this year as Madison Avenue has discovered the opportunities the show presents to connect directly with some of its most important and influential audiences of customers and future customers.

The business also has fractured significantly, as more and more platforms emerge as viable alternatives to the Facebook-Google Duopoly.

“It’s a lot more than YouTube these days,” Louderback said. “Now we’ve got all these places building their own social infrastructures. In many instances, we’re just starting to see what you can do with video. YouTube is looking more like TV. TV is looking more and more like online video.”

Other contenders these days include powerhouse Instagram, a reviving Twitter, Snap, Pinterest, and Musical.ly, which will all get a turn in the VidCon spotlight. Another seemingly out-of-nowhere platform, business-news site Cheddar, will broadcast live from the main stage.

Online video is global. And so, too, will be VidCon.

Separate from the Anaheim show, expect one other big VidCon shift this year, to a truly global operation matching Viacom’s own much broader reach. At last year’s show, the Green Brothers announced VidCon’s first overseas events, in Amsterdam and Australia. Both proved successful, but Amsterdam in particular was a complicated learning experience.

“We went to Amsterdam thinking we would do a pan-European event,” Louderback said. “The industry there is pan-European, but the fans and the creators are very specific to their countries. We did a great job on the industry and creator side, but on the fan side, it was a bit challenging.”

Expect the next European VidCon to be in London, where Viacom’s European operations are based, Louderback said. Other European countries may see more focused, smaller events in the future. In the meantime, expect to see shows in Asia and South America, and possibly other major business and tech centers.

And when that happens, we’ll really see some changes in this crazy thing called VidCon as it tries to keep pace with an increasingly global online-video industry. It’s a long way from that Los Angeles hotel ballroom.