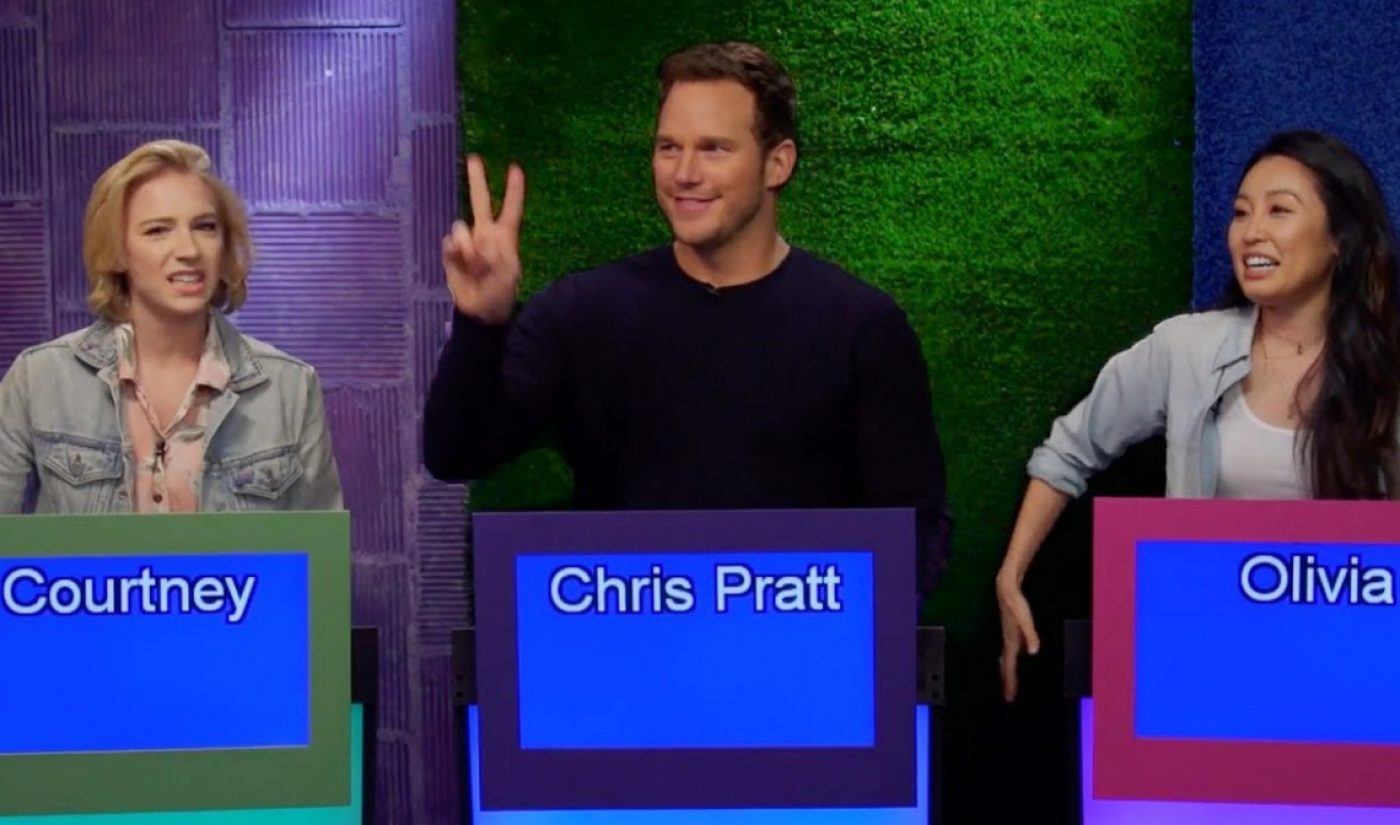 Jurassic World: Fallen Kingdom, the sequel to the 2015 movie Jurassic World, is set to arrive in American theaters on June 22. In order to hype the film’s release, its star Chris Pratt made a guest appearance on one of YouTube’s most eminently successful channels. Pratt served as a contestant on You Posted That, a game show hosted by Ian Hecox of Smosh.

In the episode, which arrived on YouTube on June 11, Pratt answered questions about his social media history alongside fellow contestants Olivia Sui and Courtney Miller. Miller, whom Hecox described as a Chris Pratt superfan, found herself particularly starstruck after the Jurassic World star was revealed as one of the episode’s participants.

Pratt is no stranger to the YouTube circuit, having made a number of stops there when the first Jurassic World film premiered three years ago. That time, his whirlwind of online video activity included collaborations with Michael Stevens of Vsauce and vlogger Caspar Lee. He also found himself face to face with Hecox, who razzed him during a press junket.

This time, it was Smosh that got to play host to some Pratt/Hecox antics, and in doing so, it snagged a flashy guest for You Posted That, which is seven months old. You can find Pratt’s episode of the show on the primary Smosh YouTube channel, which has more than 23 million subscribers.