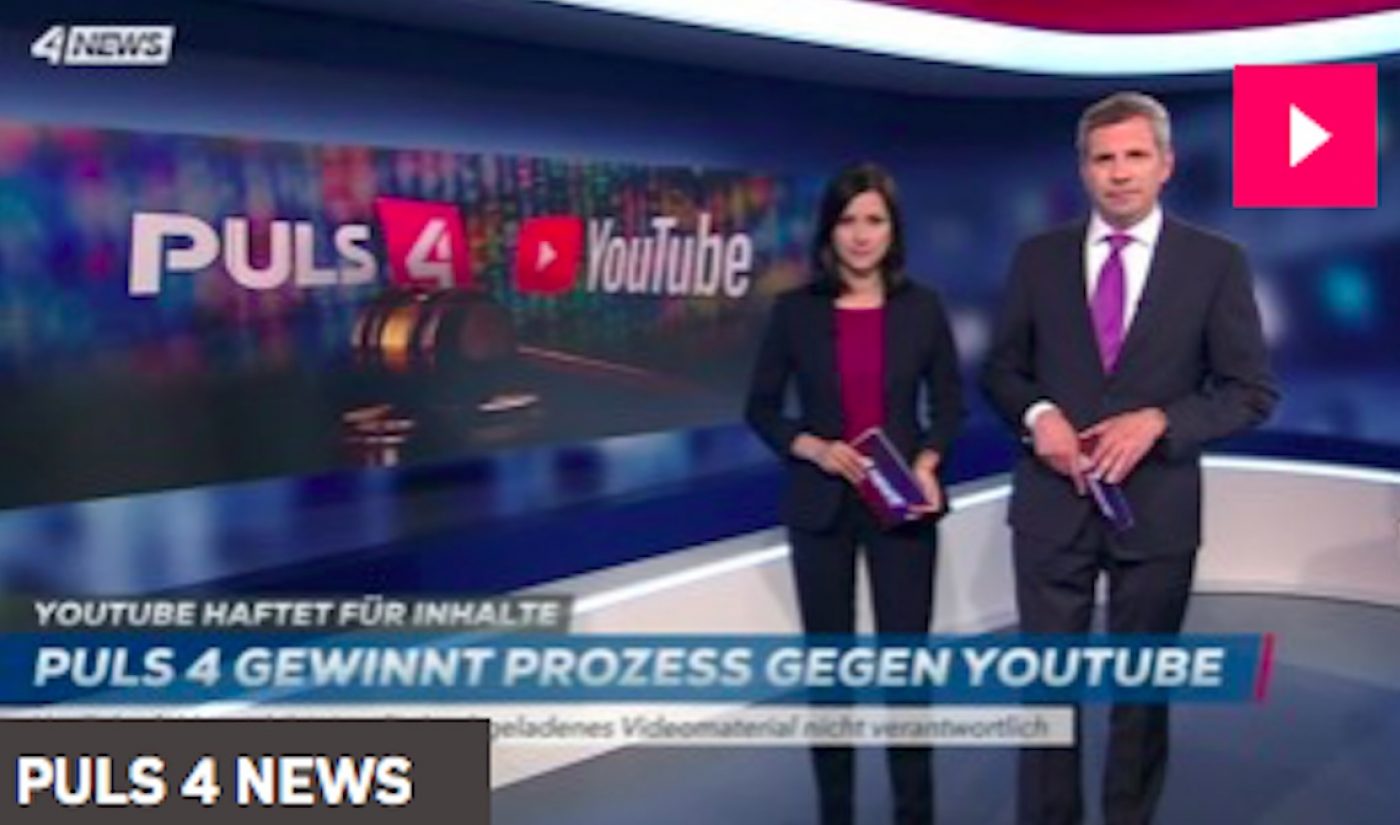 According to a Vienna, Austria court, YouTube is partially responsible for copyright breaches that take place on the video platform.

The judgment came on Tuesday, about four years after Puls 4, a television station in Austria, first accused YouTube of complicity in allowing the station’s stolen content to appear on the platform. Legal proceedings began in 2014, as lawyers for Puls 4 sought to show how YouTube’s algorithms indicated the company’s responsibility in copyright infringement perpetrated by third-party uploaders.

“The media companies who call themselves social networks will have to recognize that they, too, have to take on responsibility for the content with which they earn their millions,” said Markus Breitenecker, the managing director of Puls 4, according to The Local Austria.

The commercial Vienna court that judged YouTube to be partly liable for the copyright infringement cited the video platform’s “links, mechanisms for sorting and filtering, in particular the generation of lists of particular categories, its analysis of users’ browsing habits and its tailor-made suggestions of content.” Ultimately, the court claimed that all of these behaviors prohibit YouTube from “playing the role of a neutral intermediary.”

If a similar judgment were to happen in the United States, the implications could be huge. YouTube has been sitting safely under the umbrella of the Digital Millennium Copyright Act‘s “Safe Harbor” clause for years. After Viacom sued YouTube in 2007 for hosting around 79,000 videos that featured some Viacom-owned content, a court ruled in favor of the video platform because it could answer “no” to three questions: Did YouTube have “knowledge or awareness of any specific infringements”? Did YouTube purposefully shield itself from knowledge of the infringements? And did YouTube have the “right and ability to control” activity on its site that led to those infringements? In essence, answering no to all of these questions makes YouTube a “neutral intermediary,” exactly what the Vienna court believes it is not.

The judgment also harkens back to outrage surrounding the promotion of false news stories on Facebook leading up to (and after) the 2016 United States presidential election. Facebook users, and the greater public, were angry because the social company used its targeting capabilities to feed select stories in a specific order to certain people. While the false stories themselves were an issue, the way Facebook helped them spread furthered the problem.

YouTube may try to appeal the Vienna court’s decision, according to The Local Austria. In the meantime, the digital video company noted that it takes protecting copyrighted work “very seriously.”