Vevo To Shut Down Website, Apps In Order To “Remain Focused On Engaging The Biggest Audiences” 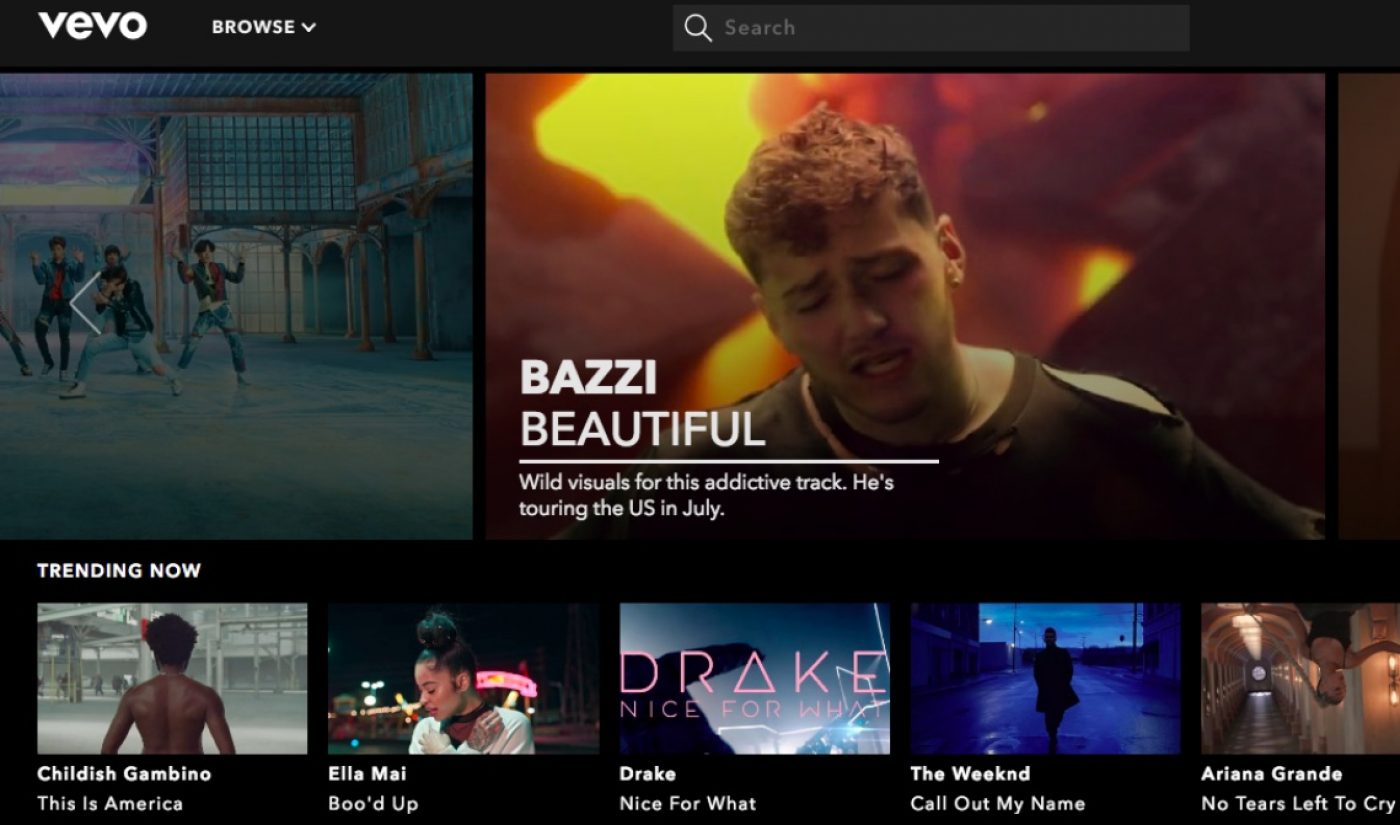 2018 has not been Vevo‘s best year, and the music video network has now delivered more bad news. It has announced its plan to shut down its website and its mobile apps, a move that will allow it to focus more of its resources on its partnership with YouTube.

“We will phase out elements of our owned and operated platforms,” Vevo said in a blog post. “Going forward, Vevo will remain focused on engaging the biggest audiences and pursuing growth opportunities.” The majority of the network’s views come on YouTube, where it hosts music videos from most major labels and thousands of artists overall. Both it and YouTube sell ads on those clips.

Vevo will continue to create original shows like dscvr, which helps its viewers discover up-and-coming artists. The network will also give its users the option to move any Vevo-hosted playlists over to YouTube.

The shuttering of the Vevo website comes less than two years after the company announced its plan to build a subscription service that would be independent of YouTube. That project was shelved in February 2017, and Vevo CEO Erik Huggers stepped down from his position later that year. After Huggers departure, Vevo has experienced more executive attrition as well as a round of layoffs.

Vevo has always had significant scale thanks to the popularity of the music videos it distributes, but it never established a presence on its website that could match its reach on YouTube. After all, the network was formed in part to help YouTube negotiate with the recording industry. Perhaps that has been Vevo’s destiny this whole time.