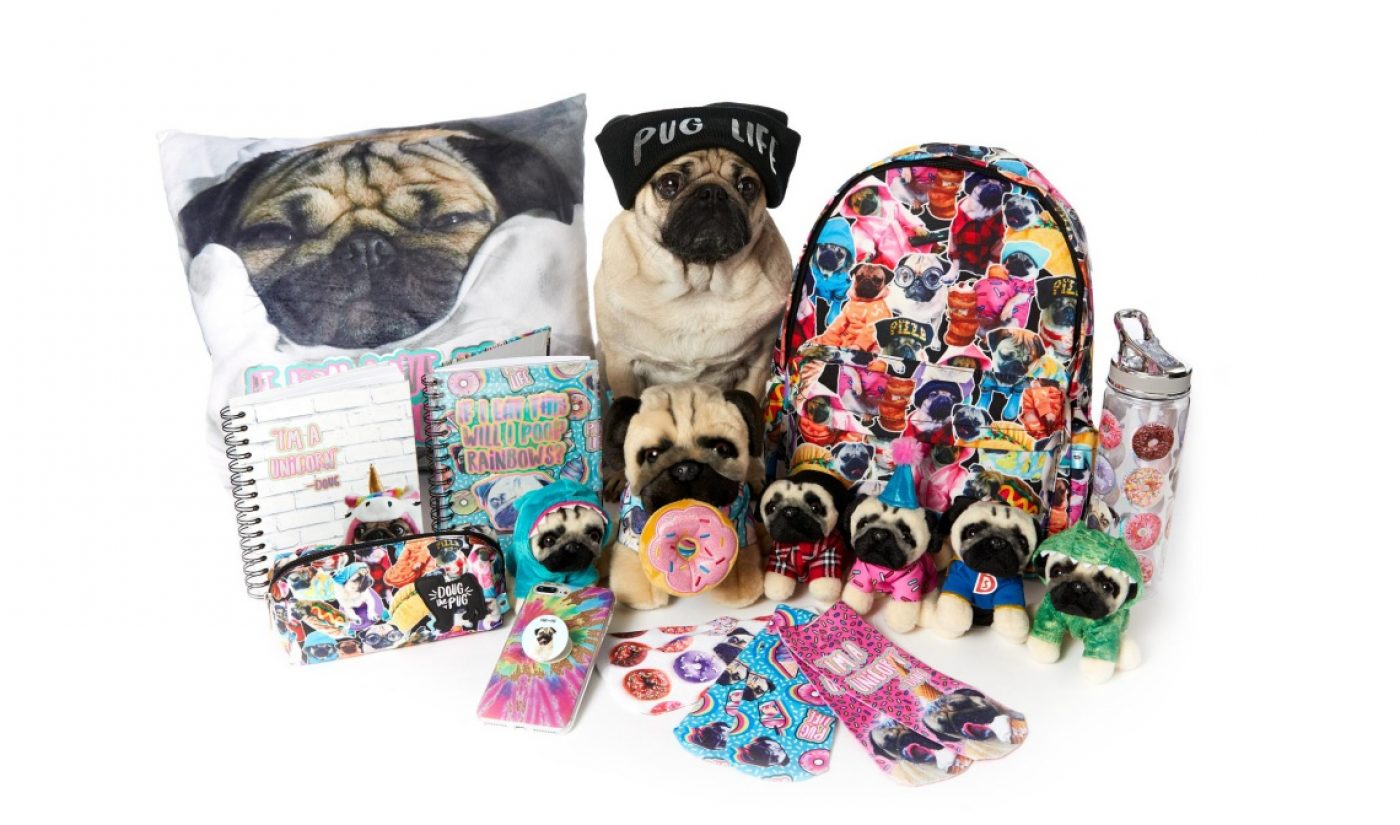 At Claire’s, some of the hottest items of the summer will be inspired by a small dog. The accessories and jewelry retailer has announced a line of items created in partnership with Doug The Pug, an internet-famous animal who has more than six million followers on his official Facebook page.

The items featuring the canine celebrity will include backpacks (which will arrive just in time for back-to-school season), pillows, and other accessories that will help their buyers live the #PugLife. The entire line is slated to launch sometime in August.

Claire’s was encouraged to expand its partnership with Doug after three plush toy designs, each sporting one of Doug’s best looks, sold well after their release earlier this year. Those toys are still available via the Claire’s website; they cost $14.99 each.

Doug’s agents at Remarkable Brands brokered the deal with Claire’s. “We can’t put into words how excited we are to be partnering with Claire’s,” said Doug’s owner Leslie Mosier in a press release. “Doug’s fans now have a home to go get all of his cute, happy and amazing new products! They are an incredible company to work with and Doug is so excited to see his product in their stores.”

On the internet, Doug stars in videos that portray him in various human scenarios. In one of his most popular clips, he performs a cover of “Despacito” titled “Despugcito.” If that pun appeals to you, chances are you’ll want to find your way to the nearest Claire’s store come August.