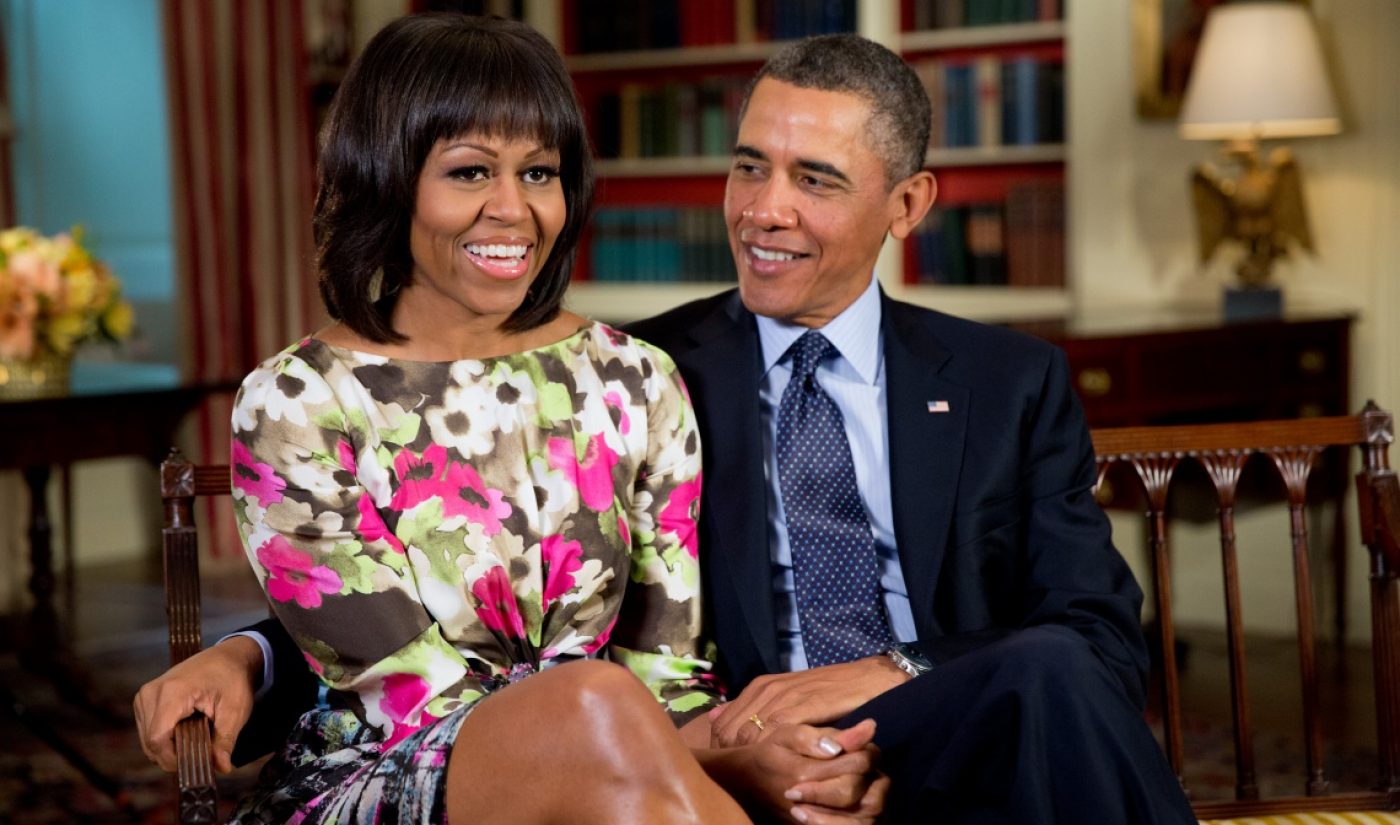 The Obamas are coming to a streaming service near you. Barack and Michelle Obama, who served as the President and First Lady of the United States, respectively, between 2009 and 2017, have inked a multi-year content partnership with leading SVOD platform Netflix.

According to The New York Times, the Obamas have created a studio called Higher Ground Productions, through which they will create “scripted series, unscripted series, docu-series, documentaries and features” that will stream on Netflix. Subject matter will reportedly relate to the policies Barack Obama pushed during his two terms as President, without too much focus on the man who currently holds that position.

“One of the simple joys of our time in public service was getting to meet so many fascinating people from all walks of life, and to help them share their experiences with a wider audience,” said Barack Obama in a statement. “That’s why Michelle and I are so excited to partner with Netflix — we hope to cultivate and curate the talented, inspiring, creative voices who are able to promote greater empathy and understanding between peoples, and help them share their stories with the entire world.”

During the Obama Presidency, POTUS and FLOTUS both became well-connected within the online video industry. Barack sat for interviews with YouTube stars and promoted his healthcare plan with a memorable appearance on Funny Or Die’s Between Two Ferns, while Michelle promoted her own initiatives alongside YouTube stars like Tyler Oakley and Michelle Phan.

In their post-presidency years, the Obamas have gathered increasing ties to Netflix. Barack was one of the first guests on David Letterman’s Netflix web series, and in March, his former adviser Susan Rice joined the SVOD platform’s Board of Directors. Around that time, the New York Times reported that the Obamas were in advanced negotiations with Netflix; two months later, the streamer has sealed the deal.